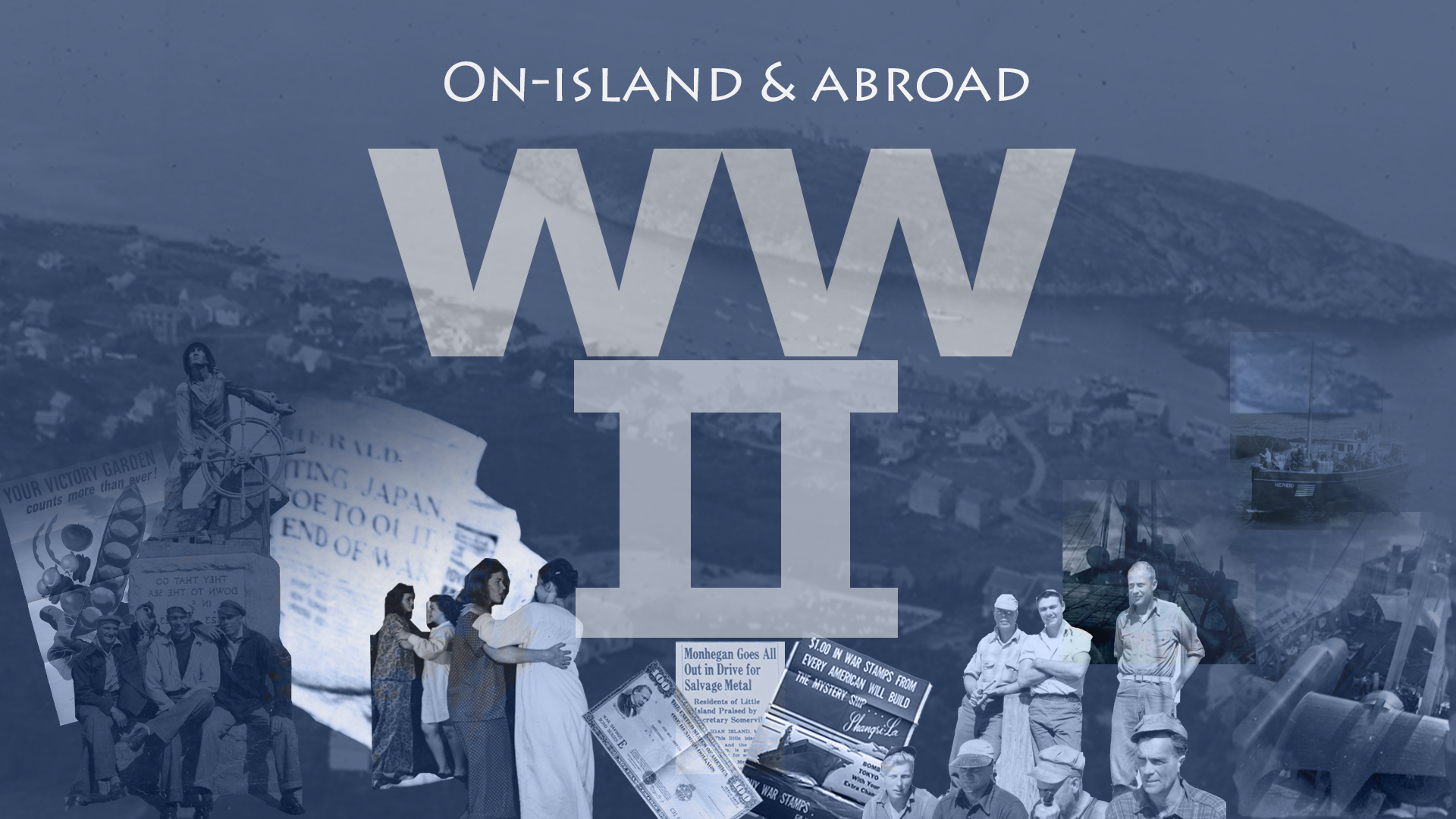 The Second World War had a profound effect on Monhegan Island.  Before the US entered the war, Monhegan residents were well aware of the growing threat as military presence became ever more apparent in the sky and sea around the island. With a year-round population of only 97, Monhegan sent 14 men to fight abroad, some enlisting directly from high school. The Monhegan residents who remained behind united in support of the war and actively engaged in civil defense through enforced blackouts, support of war bonds/loans, engagement in the Red Cross, etc. With the country at war, the light and fog keepers of Monhegan were under the control of the US Navy, and Coast Guard troops were stationed in the lighthouse and patrolled the backside of the island, punching in at a checkpoint built on Whitehead. Fewer summer residents and visitors came during the war years, and some year-round residents left the island. After the war, change came in many ways, with several war veterans making their home on Monhegan after connecting with islanders they met while abroad.