A Life Made in Art: Maud Briggs Knowlton

“A Life Made in Art” was the first major retrospective of Maud Briggs Knowlton’s work included more than 40 watercolors, oils, etchings, drawings, and painted porcelain from Knowlton’s time on Monhegan Island and in New Hampshire. In addition to being an accomplished artist of the Arts and Crafts era, this pioneering woman became the first director of what is now the Currier Museum of Art, which co-organized this exhibition. Accompanying the exhibition were displays of turn-of-the-century photographs, cyanotypes, and glass-plate negatives by Knowlton’s husband, Edward, that capture life as it existed on Monhegan Island when they first arrived on its shores in the 1890s.

Knowlton started her artistic career as a china painter, as many creative women of her generation did. She traveled to New York and Boston as a young woman in order to pursue advanced training with some of the leaders in the field of art education and to learn technical skills in several crafts. By 1895, Knowlton began publicly exhibiting watercolors in prominent regional venues such as the Boston Art Club and became an active member of the Boston Society of Arts and Crafts. By 1900 Knowlton began to expand her reputation in the field of china decoration to a national level, and she had five different floral patterns published in Keramic Studio magazine.

Subsequently, she became a founding instructor at the Institute of Arts and Sciences in Manchester, New Hampshire, then a thriving manufacturing center. By sheer energy and determination, she rose to become a cultural leader of that community, eventually being named the first director of what was then the Currier Gallery of Art when it first opened to the public in 1929. With her appointment at the Currier, she joined a group of only three other women to direct a major U.S. art museum at a time when museums were becoming increasingly important features of civic life across America.

On Monhegan, Knowlton was among the first women artists to paint on the island in the late 19th century. She was captivated by the island’s rustic architecture and cottage flower gardens and Monhegan became a place where she could recharge her creative spirit. Though small and remote, Monhegan attracted a rich diversity of artists, and Knowlton came to know many of them personally. She went on to include many of these artists in group exhibitions at the Currier, including George Bellows, Andrew Winter, Jay Hall Connaway, Leo Meissner, and Frederick J. Waugh. In 1939, Knowlton organized the first museum exhibition of watercolors by the then-21-year-old Andrew Wyeth just as his career was taking off. 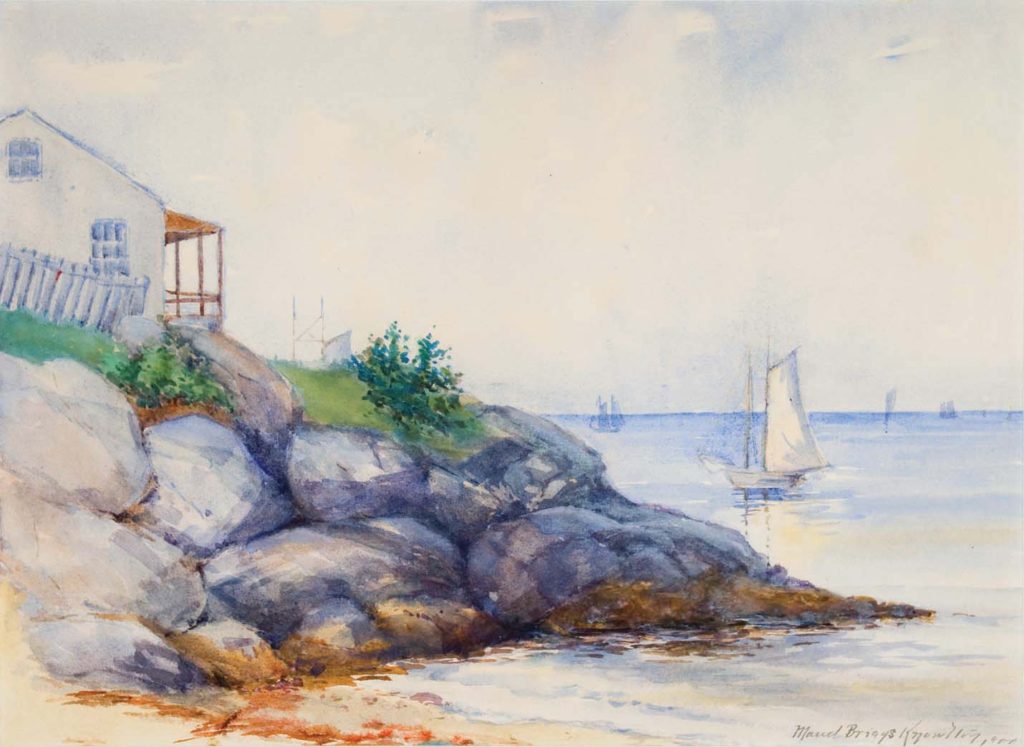 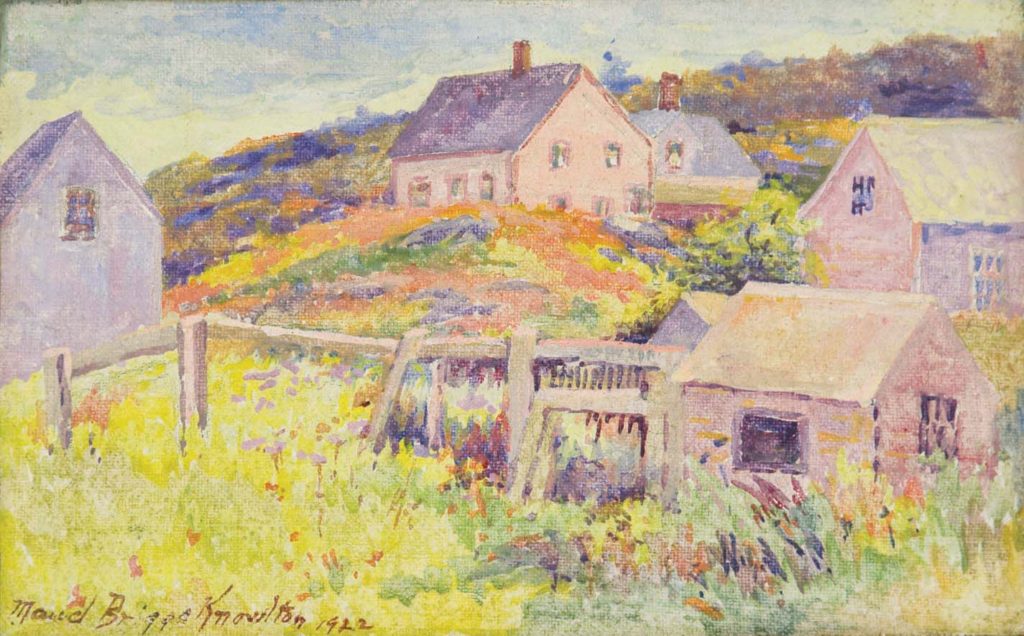 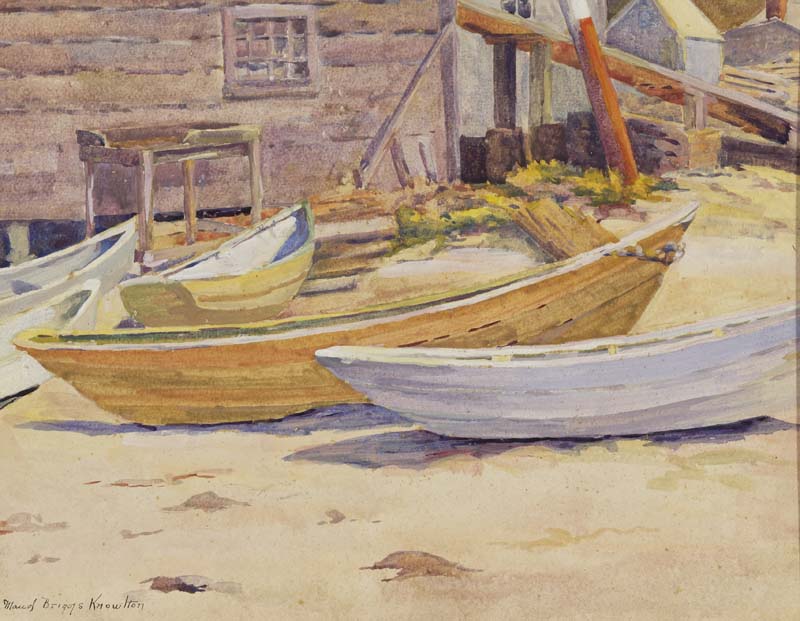 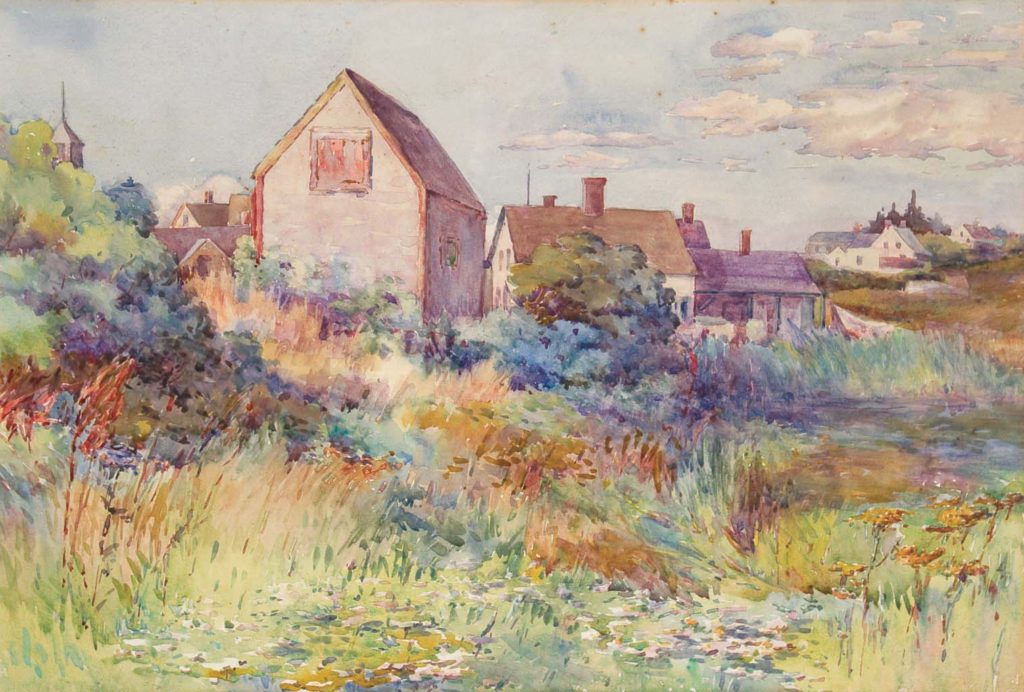 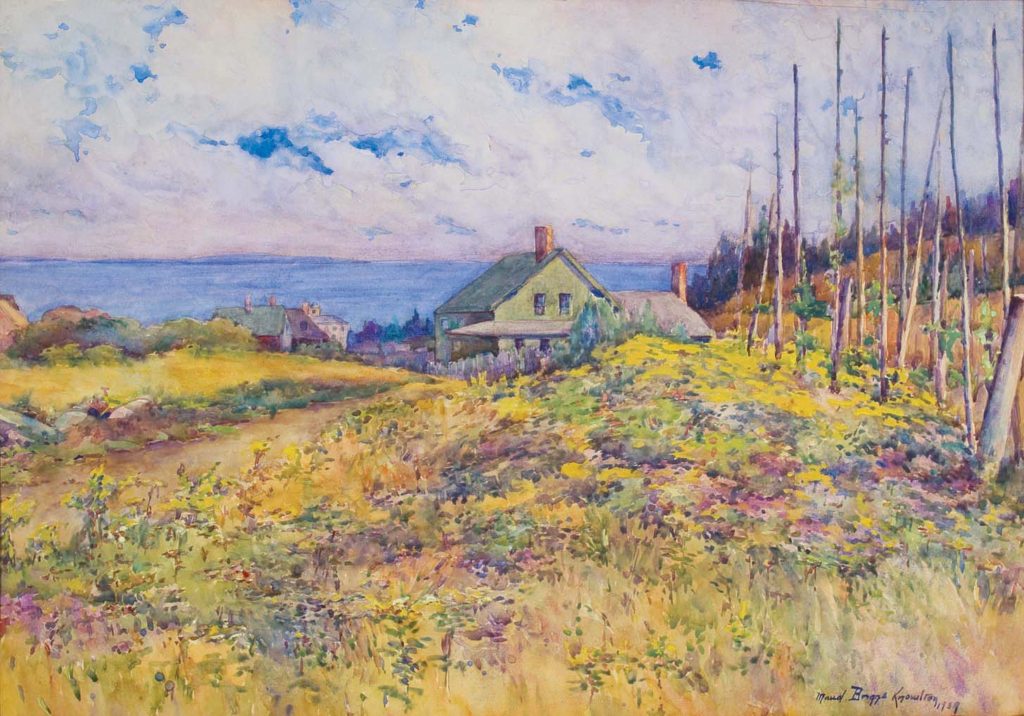 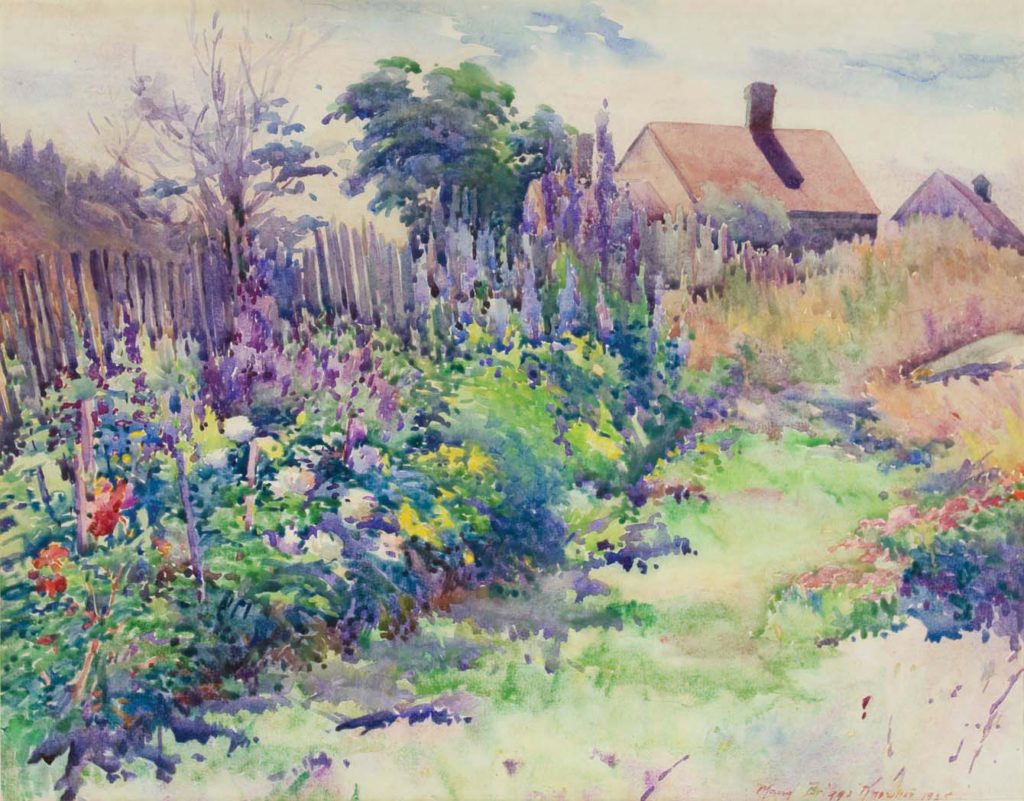 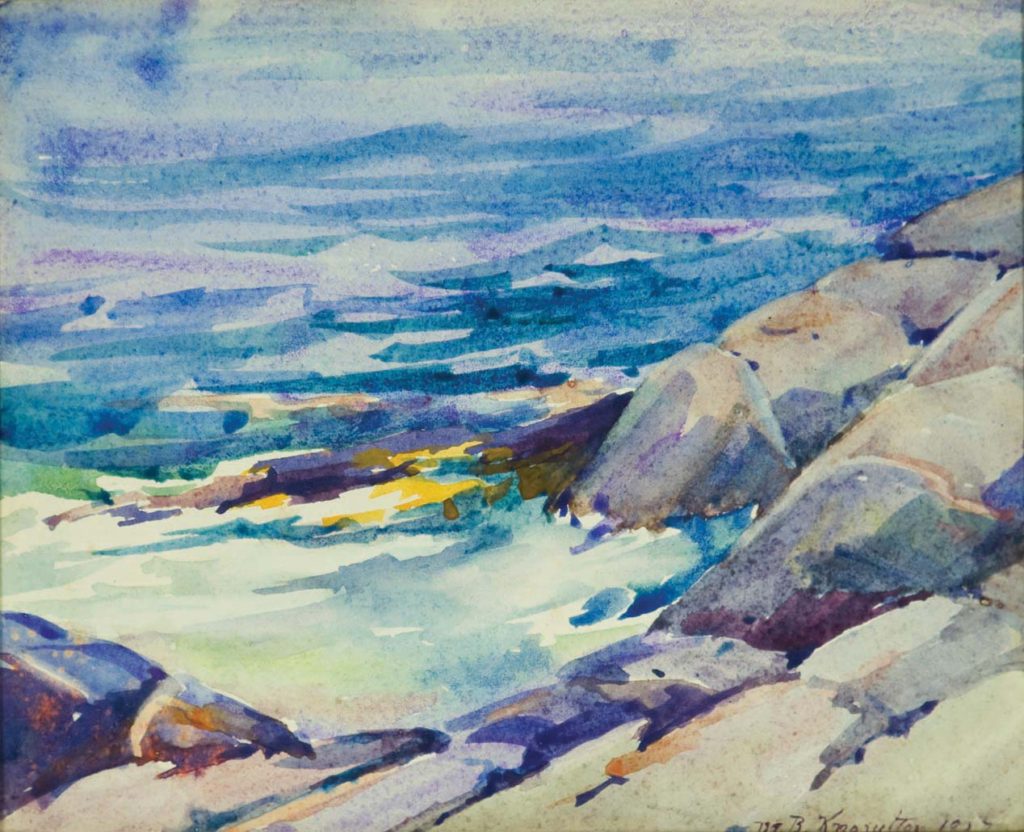 Museum Hours for the 2021 Season

Masks required while inside buildings