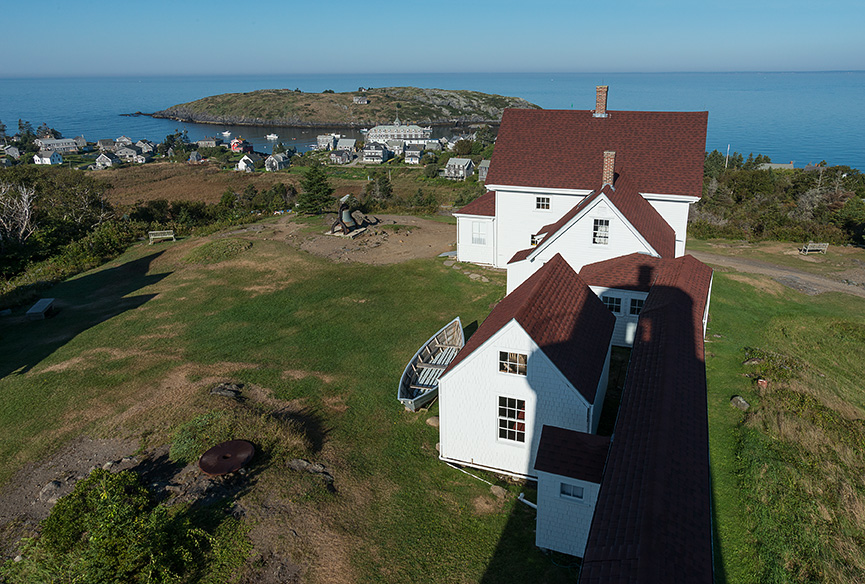 In 1822 the U.S. Congress appropriated $3000 to be used in constructing a lighthouse and keeper’s dwelling atop a hill on Monhegan Island. The light, rising 170 feet above the high-tide line, had ten lamps with 16-inch reflectors, a Welsbach mantel fired by sperm oil, and a weight-powered rotary mechanism. Thomas B. Seavey, the first keeper of the light, moved into the keeper’s house with his family on July 2, 1824. In the period from 1850 to 1890 the light tower was rebuilt, a kerosene lamp with a second-order Fresnel lens was installed, an assistant keeper’s house was constructed, and the keeper’s dwelling was renovated and expanded. The light was tended by resident, civilian keepers from 1824 until 1945 when Vinal Foss vacated the position of Monhegan light keeper. The Coast Guard then tended the light until, in 1959, the lighthouse was automated and powered by an electrical generator at the Fog Signal Station across the harbor on Manana. Because the keeper’s house and outbuildings were no longer necessary, the Coast Guard declared them surplus property and they were acquired by Monhegan Associates.
In 1996, the United States Congress passed a bill outlining a plan to divest the federal government of nearly three dozen navigational-aid properties along the Maine Coast. The Monhegan light tower, which was retained by the Coast Guard when the rest of the property was sold to the Monhegan Associates in 1962 and was converted to solar-voltaic power in 1995, was among the properties slated to be given away to a worthy recipient. In 1997, the Monhegan Museum applied for receipt of the light tower, and in June of 1998, the tower was deeded to the Monhegan Museum Association. The actual light mechanism is still operated by the Coast Guard, but the Monhegan Museum owns the tower and opens it to the public on various occasions each season. In 1999 the covered walkway was rebuilt connecting the light tower to the keeper’s house. With this completed, the Monhegan Light Station was recreated as it had been 100 years earlier. 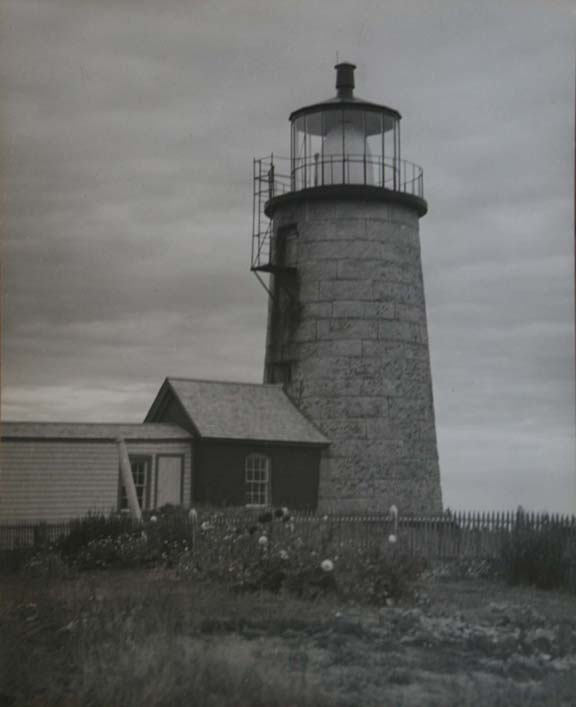 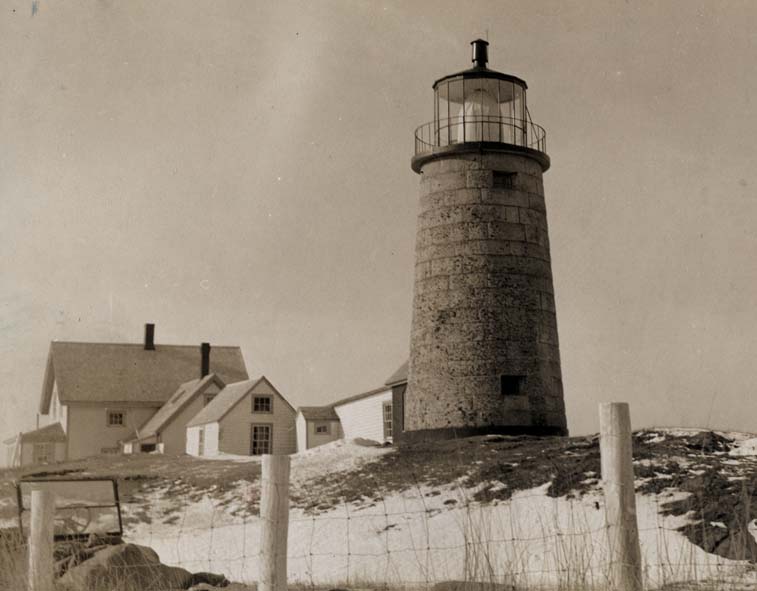