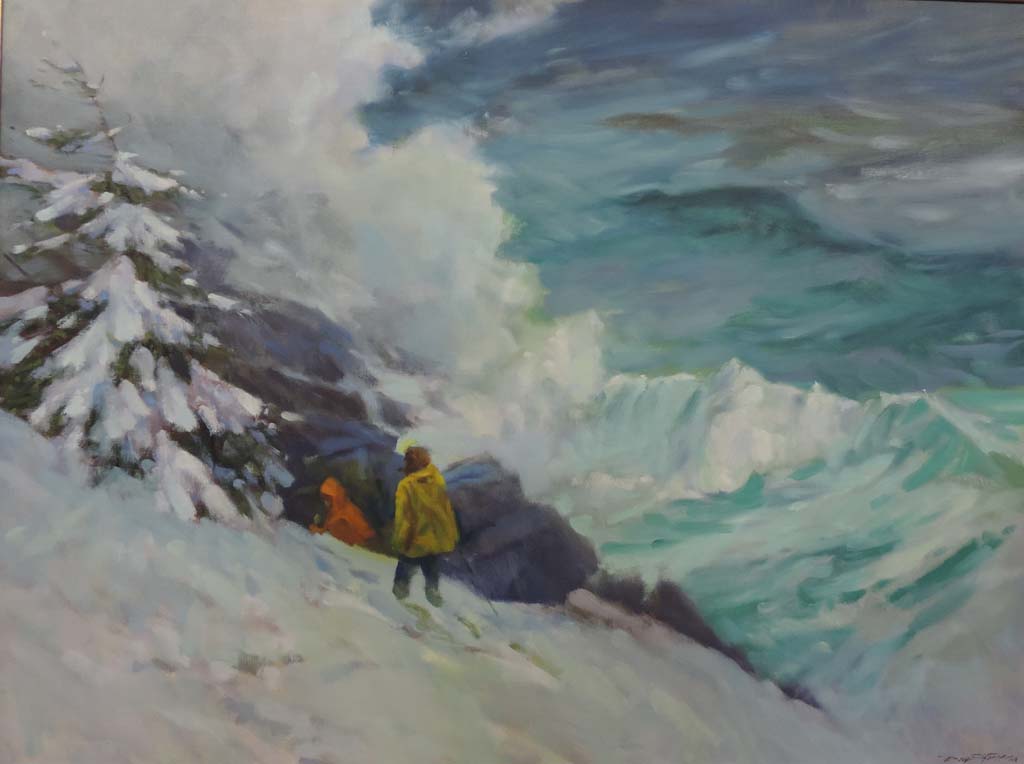 In the late 19th-early 20th century American artists began to gather in summer colonies that stretched from California to New England. In focused recognition of that development, this exhibition groups selected pairs of paintings or prints by artists who worked at very different north-east art colonies at Cape Ann (Gloucester and Rockport), Massachusetts on the one hand, and Monhegan Island, Maine on the other. These locations separated by a hundred miles of ocean became, as did many other contemporary art colonies, important crossroads in the history of American art as they hosted major artists through the years. In the case of these two colonies, figures such as Theresa Bernstein, Eric Hudson, Leon Kroll, Hayley Lever, James Fitzgerald, Lester Stevens, Stow Wengenroth and others visited, and sometimes lived, in both locations. This exhibition includes works by these and other artists from the collections of the Monhegan Museum of Art and History, the Cape Ann Museum, the Rockport Art Association, and private collections. Works by each of these and other artists depicting aspects of either location reflect the differences between the city-size Cape Ann, with its large industrial Gloucester harbor, sizable fishing fleet, and extended Rockport seashore, and by contrast the tiny off-shore island with its amazing cliff formations and smaller harbor and lobster fleet. 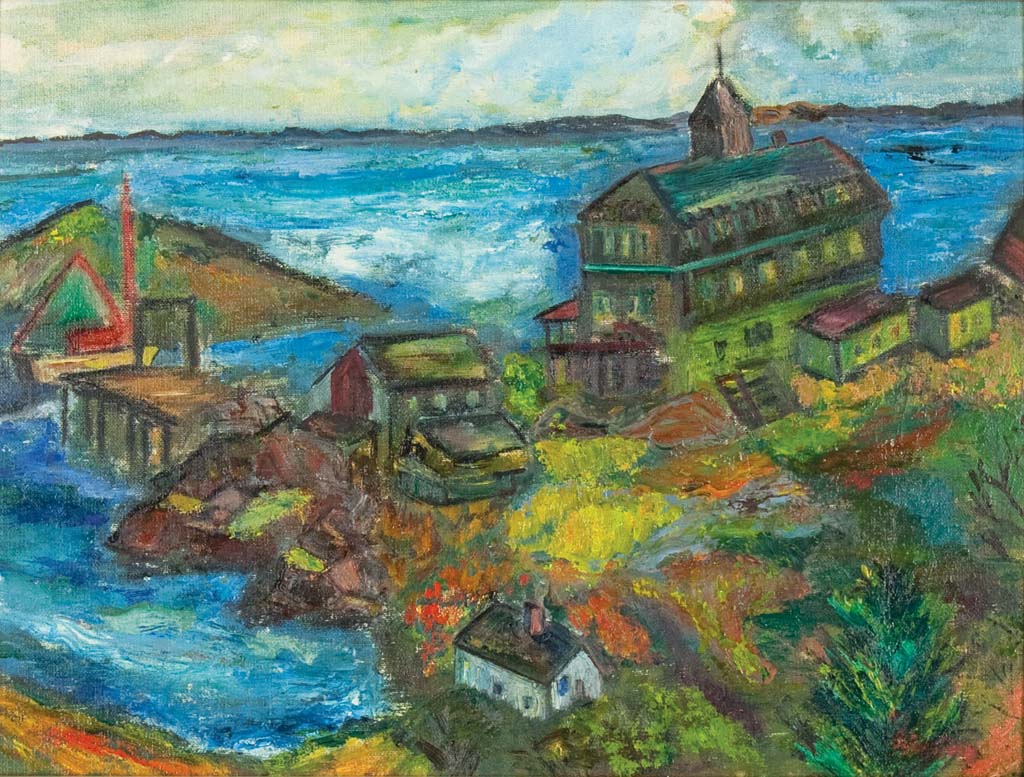 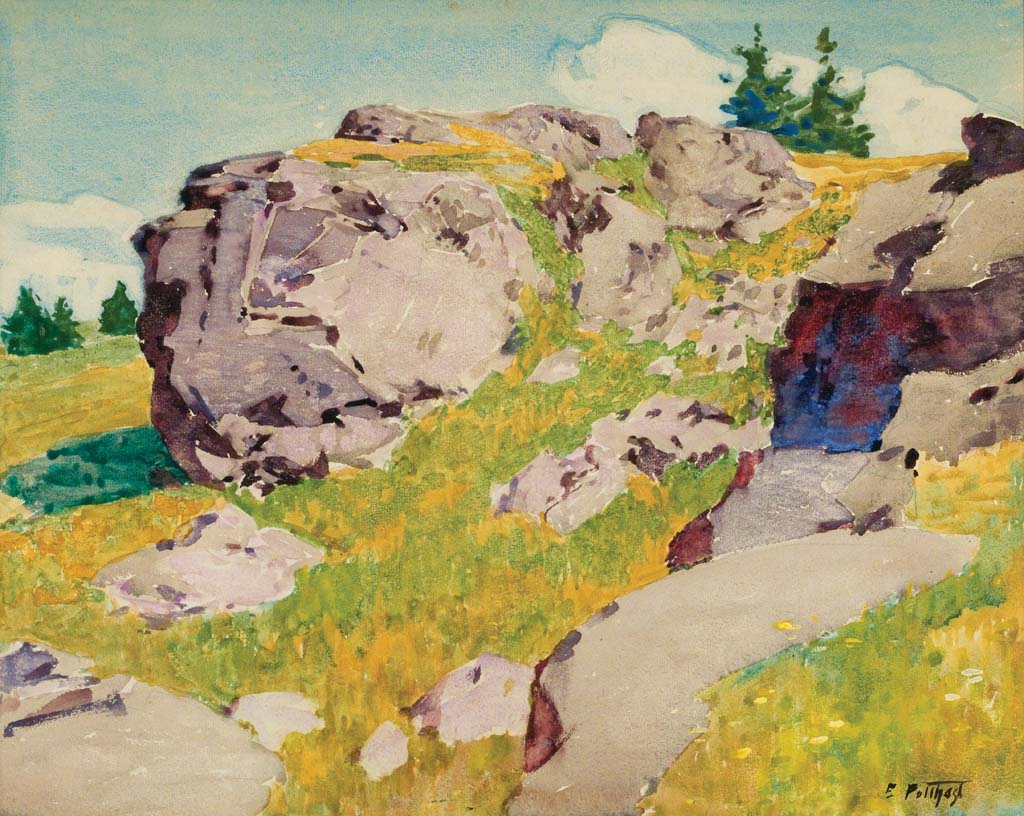 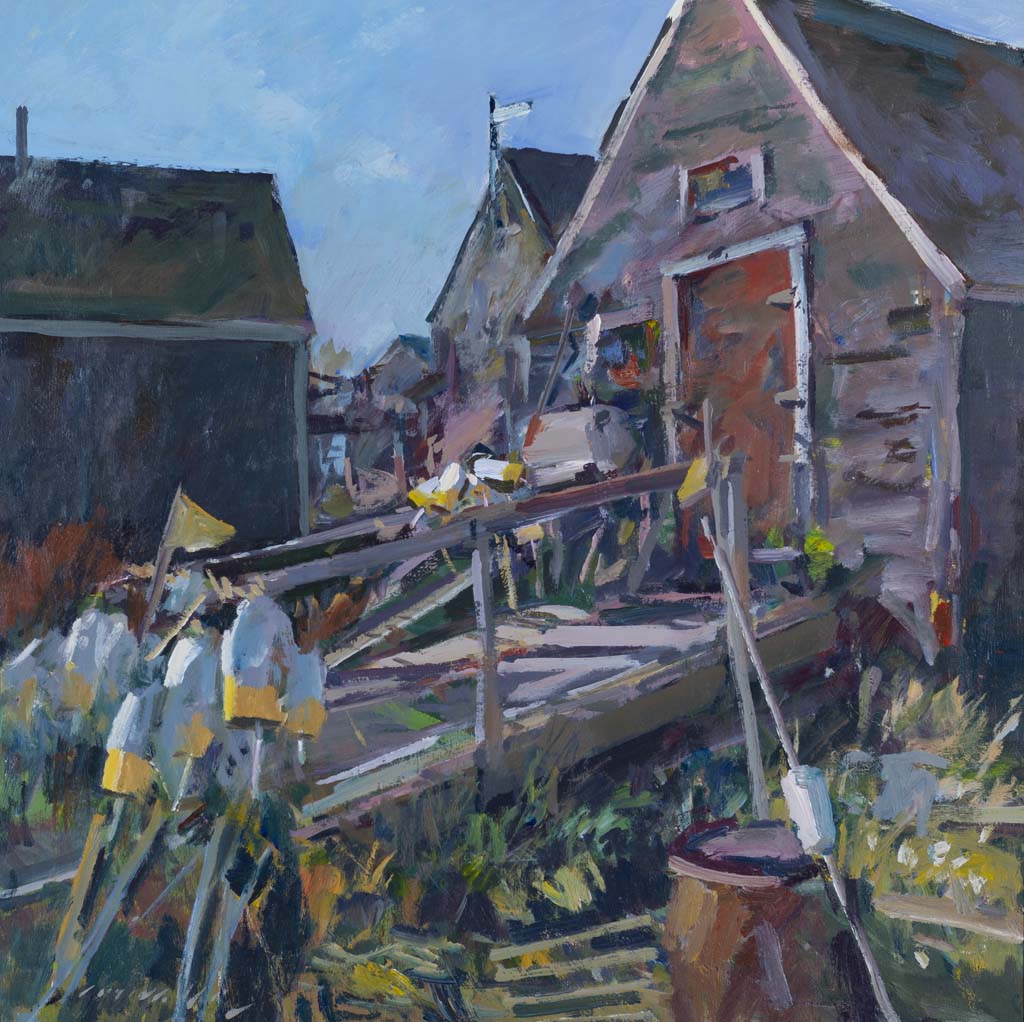 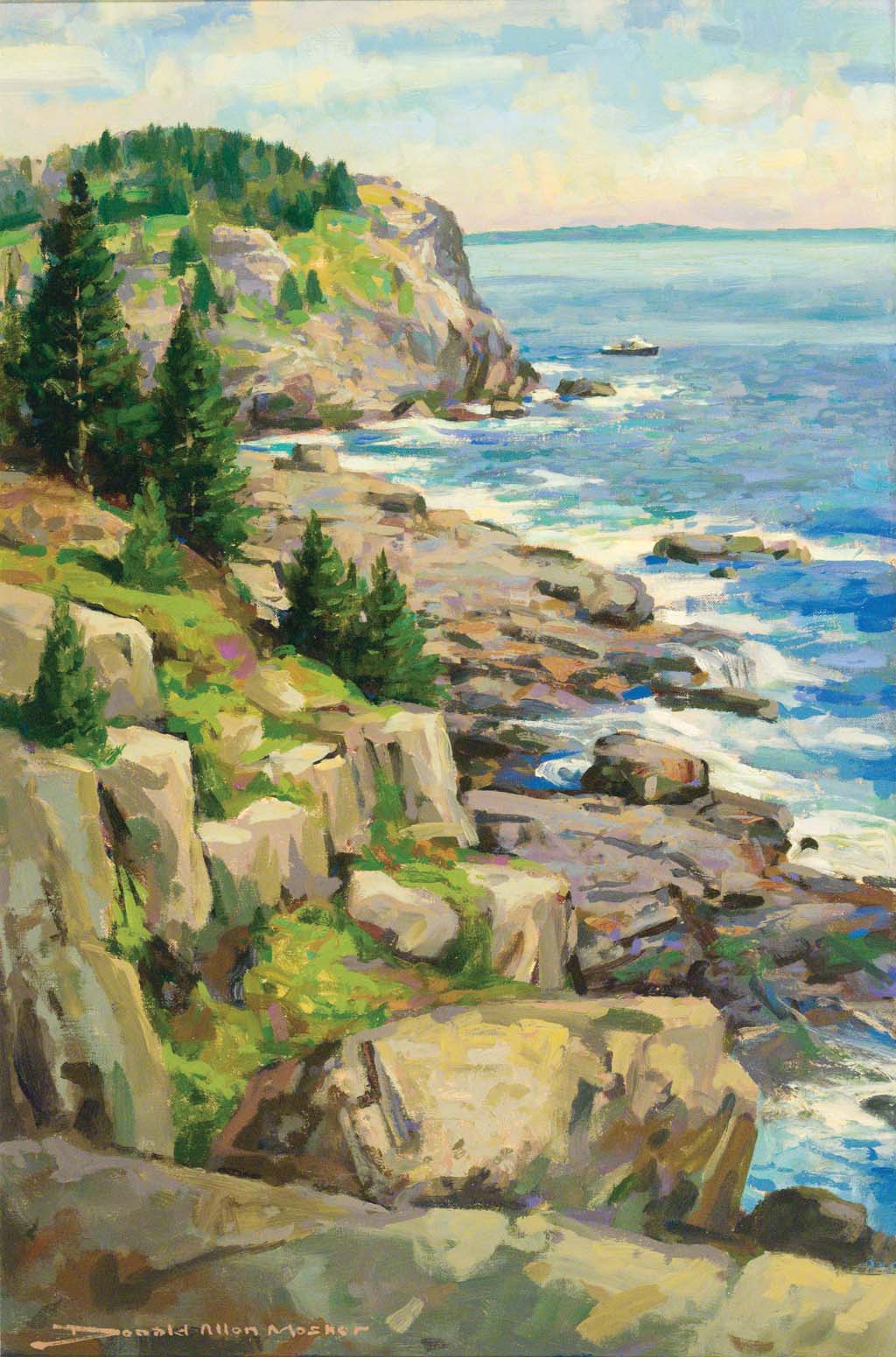 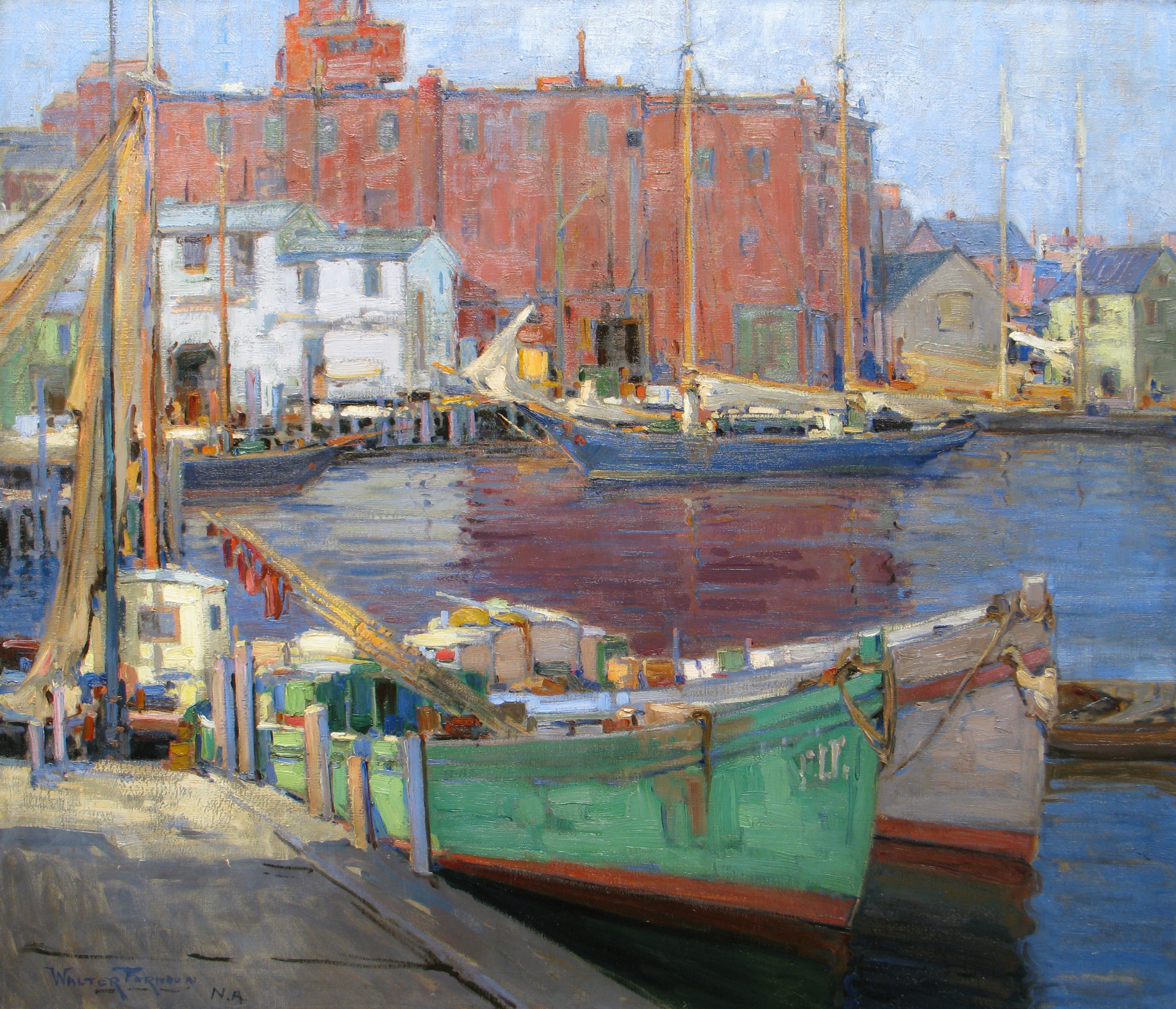 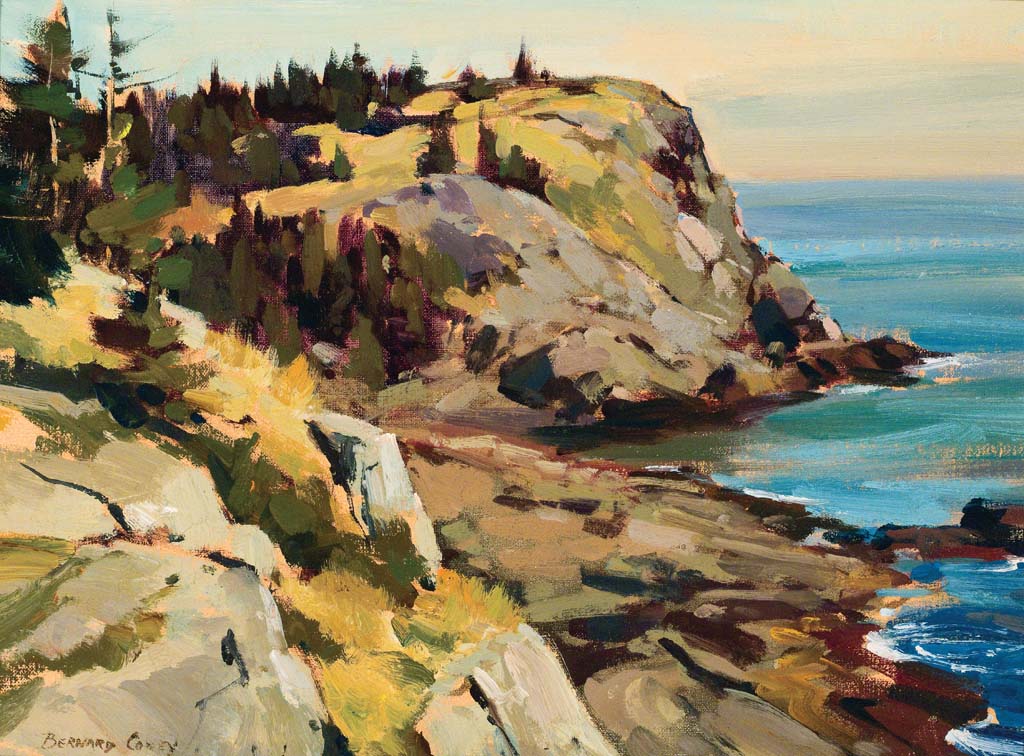 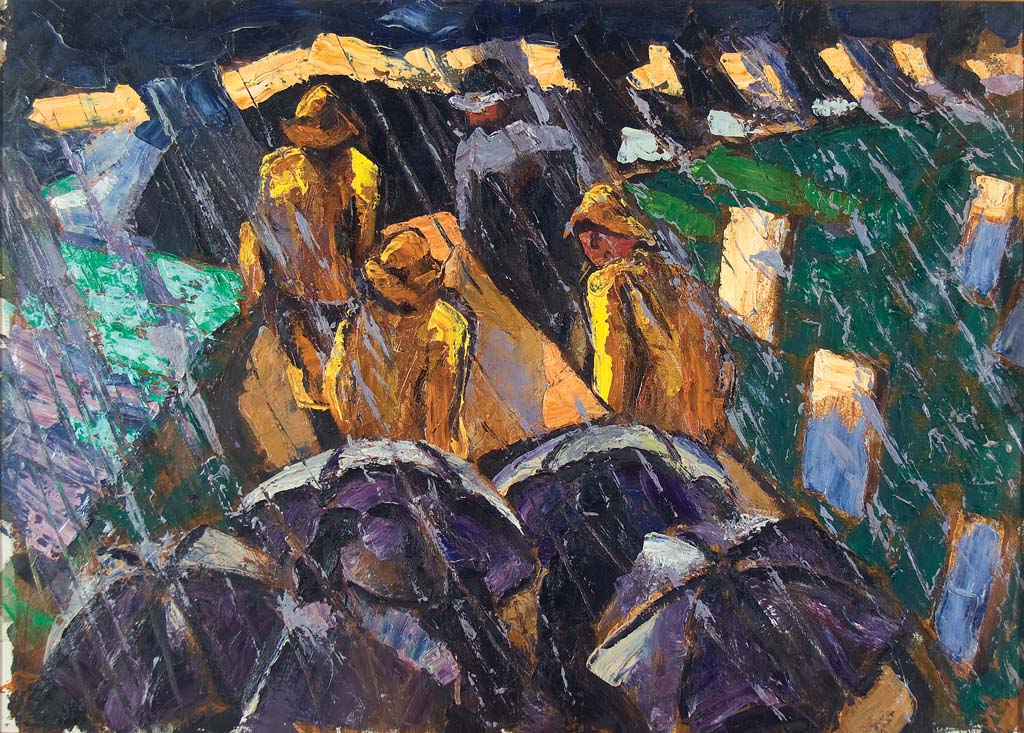 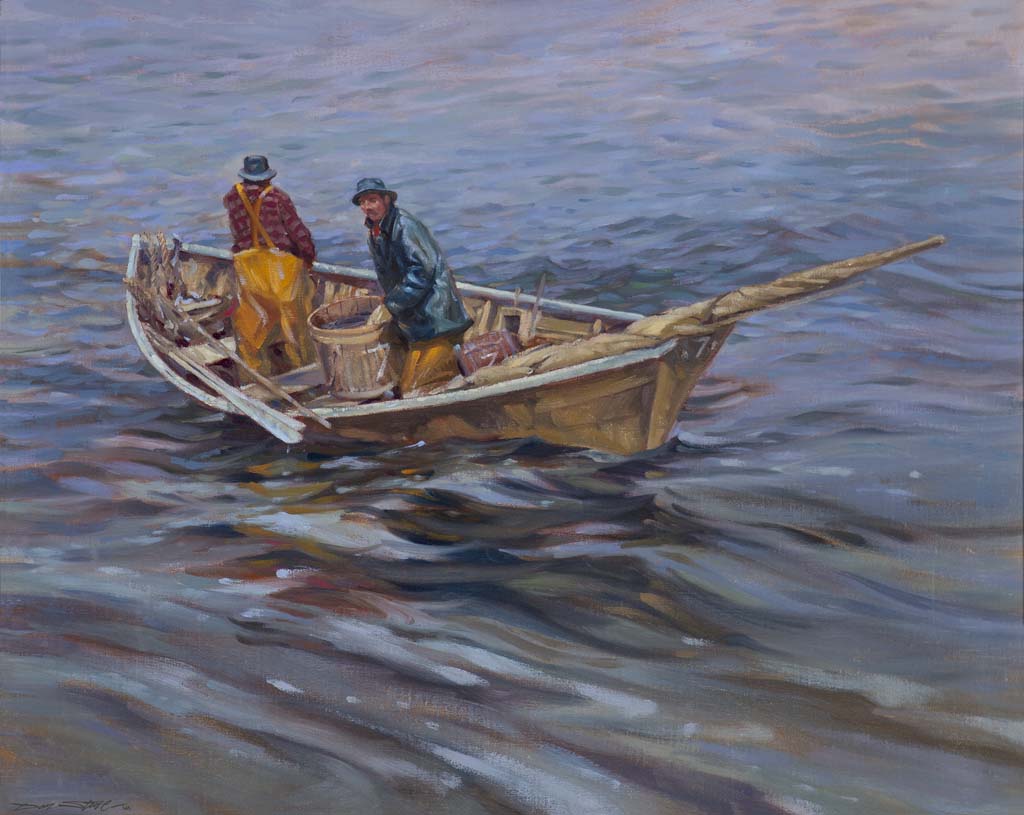 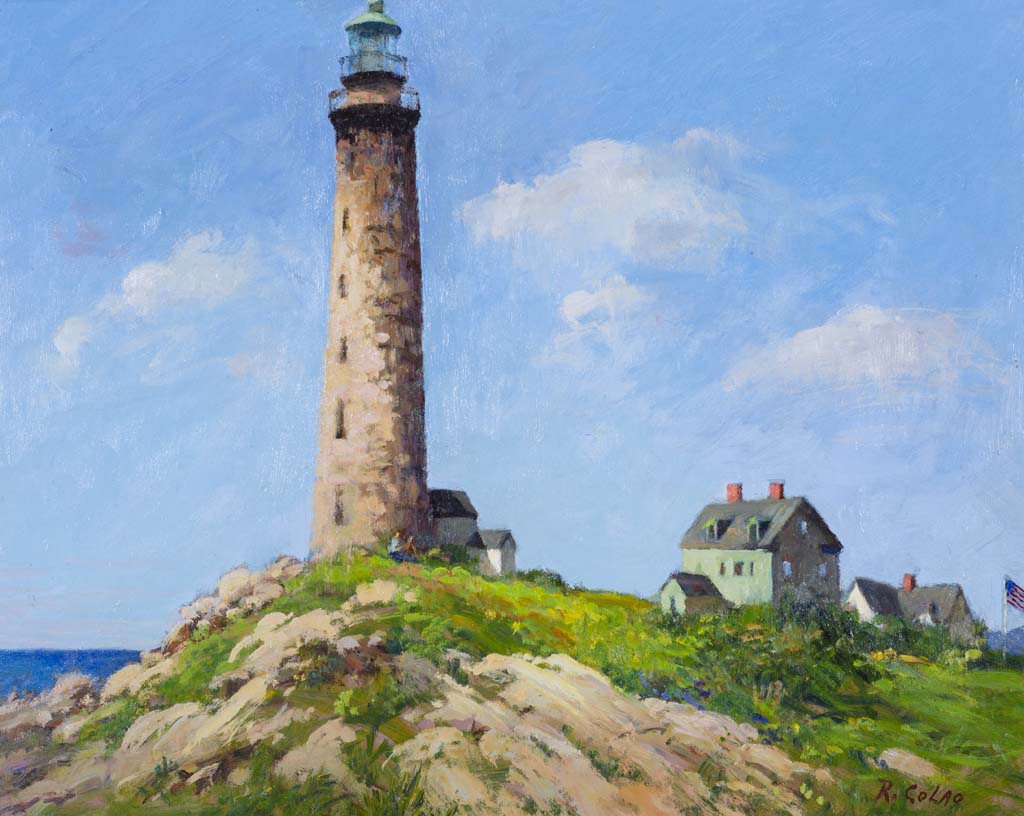 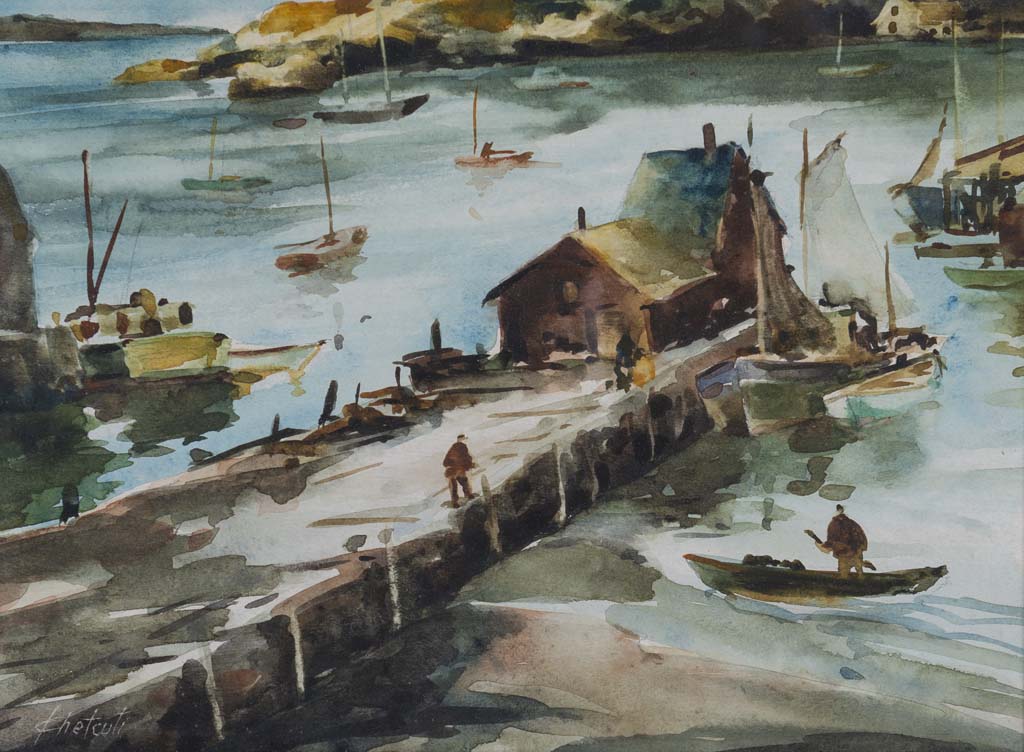 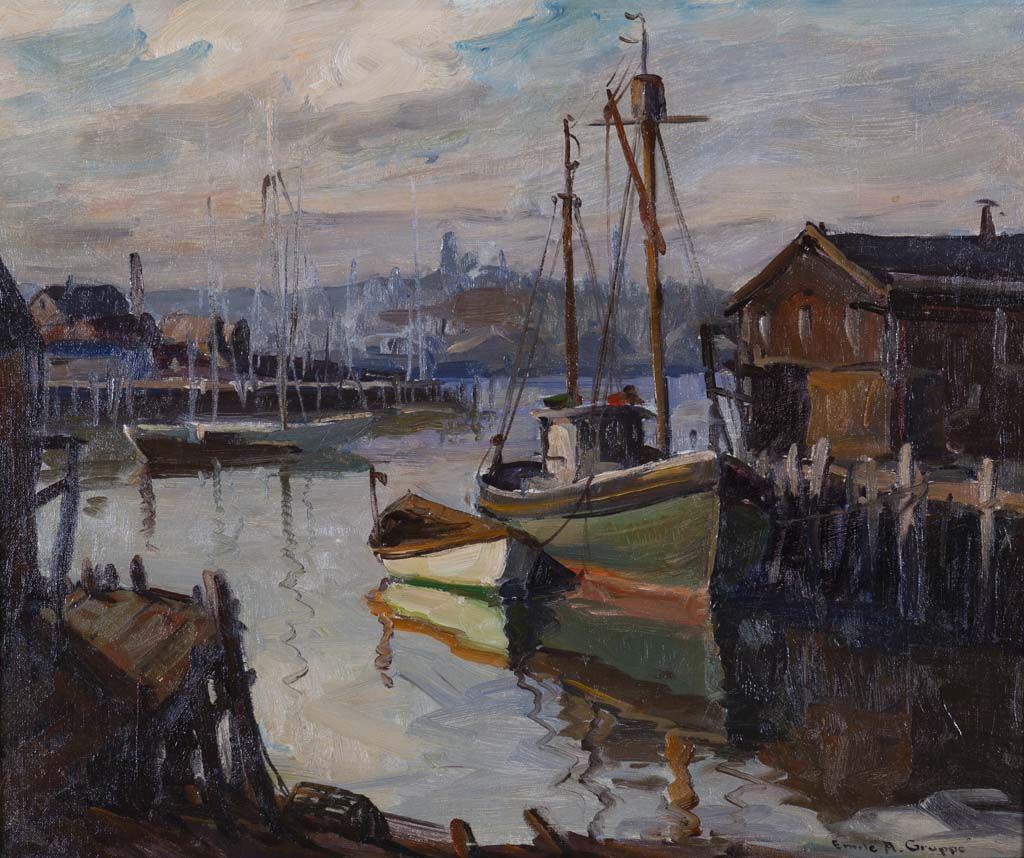 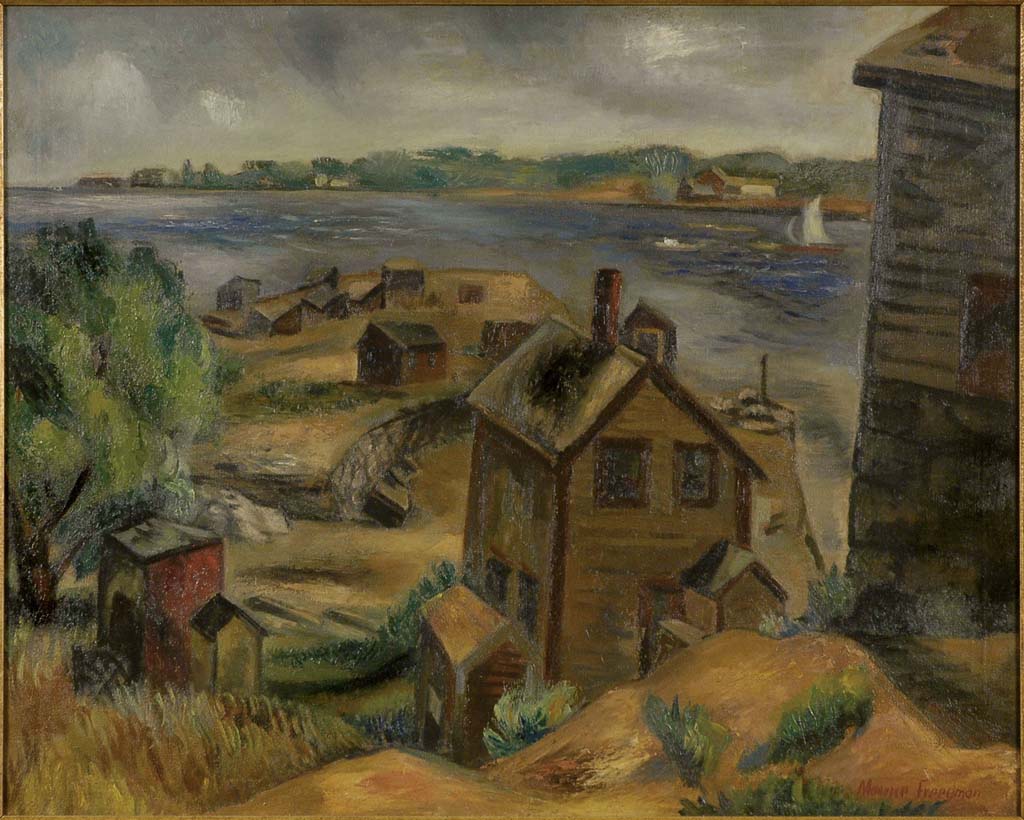