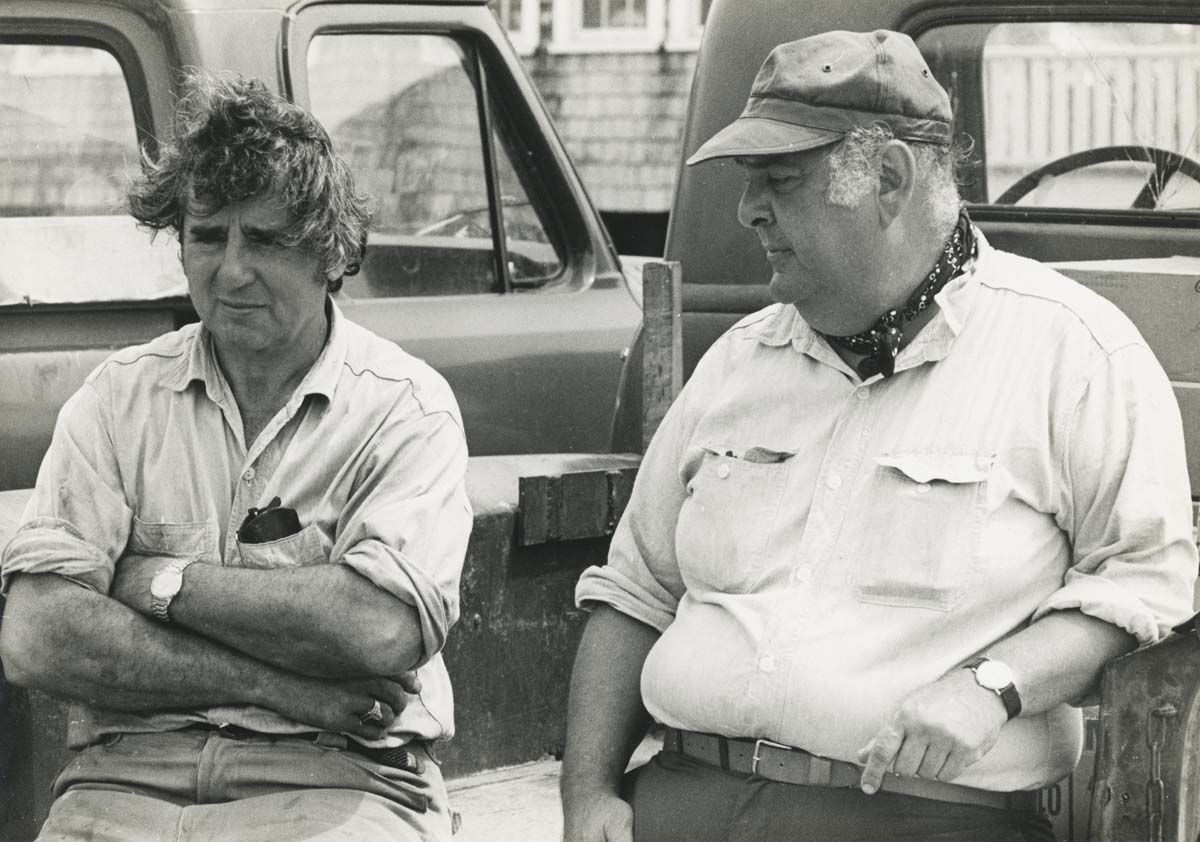 “When I draw, I often feel that not everything I see with the naked eye may be quite right for a particular drawing. In the same way, if I know the life of the character I am doing, I can use my inventiveness to eliminate or supplement an element of the character, and so create a spontaneity every night, every performance.” – From “Zero by Mostel”, Zero Mostel with photographs by Max Waldman, Horizon Press, New York 1965.

Born in Brooklyn, Mostel is remembered by many as a world famous actor who originated the Broadway leads in A Funny Thing Happened on the Way to the Forum and Fiddler on the Roof, but he was also a devoted painter. In fact, he once said that acting supported his painting career. Primarily self taught as an artist, he worked for the WPA as a gallery lecturer and painting and drawing instructor before he began acting. During the McCarthy era, Mostel was blacklisted after refusing to cooperate with the House Un-American Activities Committee. He could not get acting jobs because of this, and he spent much of his time painting in his 28th Street studio in New York City.

Herbert Kallem brought Mostel to Monhegan in the early 1950s , and by 1968 Mostel had built a house and studio on the south side of the island. Mostel was a key member of the island art community. With Herb Kallem, he began a sketching group that met regularly during the summer, and he commissioned work from many artists. He spent summers on the island until his untimely death in 1977, when he had a heart attack just moments before he was due to open a new play called The Merchant.

Mostel’s paintings have been exhibited in New York at the ACA Galleries, the Forum Gallery, and Frank Bustamante Gallery. 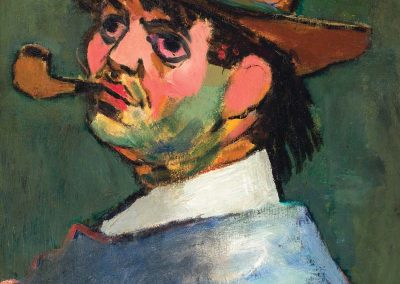 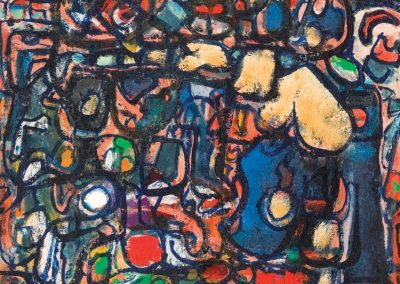 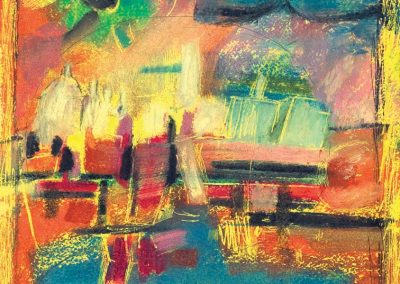 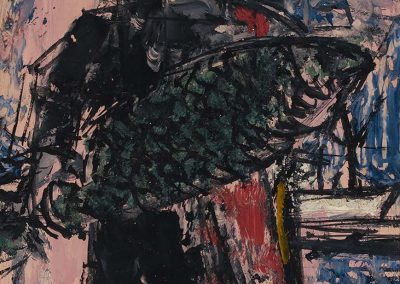