As the armed forces increased in numbers to fight the war in Europe and the Pacific, U.S. supplies of basics such as food, metal and paper were rerouted to war efforts, resulting in shortages for consumers. Shortly after the attack on Pearl Harbor, the U.S. Government imposed rationing of many goods. Tires were the first item rationed, in January, 1942. By May of that year, gasoline and food items were rationed.

The challenge of getting supplies on Monhegan became even more difficult as rationing was implemented. In her letters from the summer of 1944 Nona Timson wrote: “-there is no butter–meat is very hard to get…I can’t do anything about ice–only the store and Inn and babies can have any. I can live from hand to mouth and it will be getting cooler all the time. The store keeps my meat for me. Deplorable but has to be lived with.’

“According to Linny Davis, who writes letters really full of island news, you’re all having a very thin winter of it. I know, tho, that you yourself are not bored because of your inner resources.” Christmas card from Warner Taylor to Ida Proper, 1943.

Bessie Green had taken over running the Monhegan Store for Doug and Harry Odom while they were in the service. Shortages of one item often led to the absence of other items. “Due to the increase in grain and decrease in egg prices it became necessary for me to sell my old hens. I won’t have any more eggs until about May 1. Thank you for your patronage. HH.”

Food rationing impacted home kitchens and businesses alike: “Jane Whibley has been forced to close her tea room because of lack of ice cream, although people still do gather there to eat other delicacies and to sing together.” Olga Stevens scrapbook. 25 Aug. 1944. p. 96. 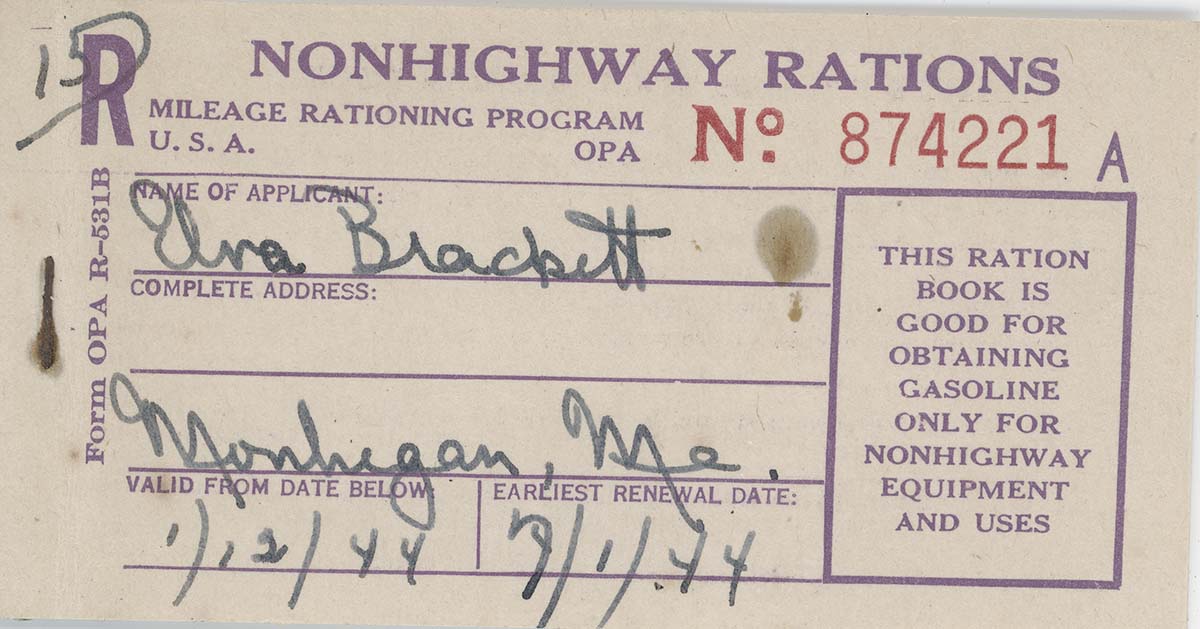 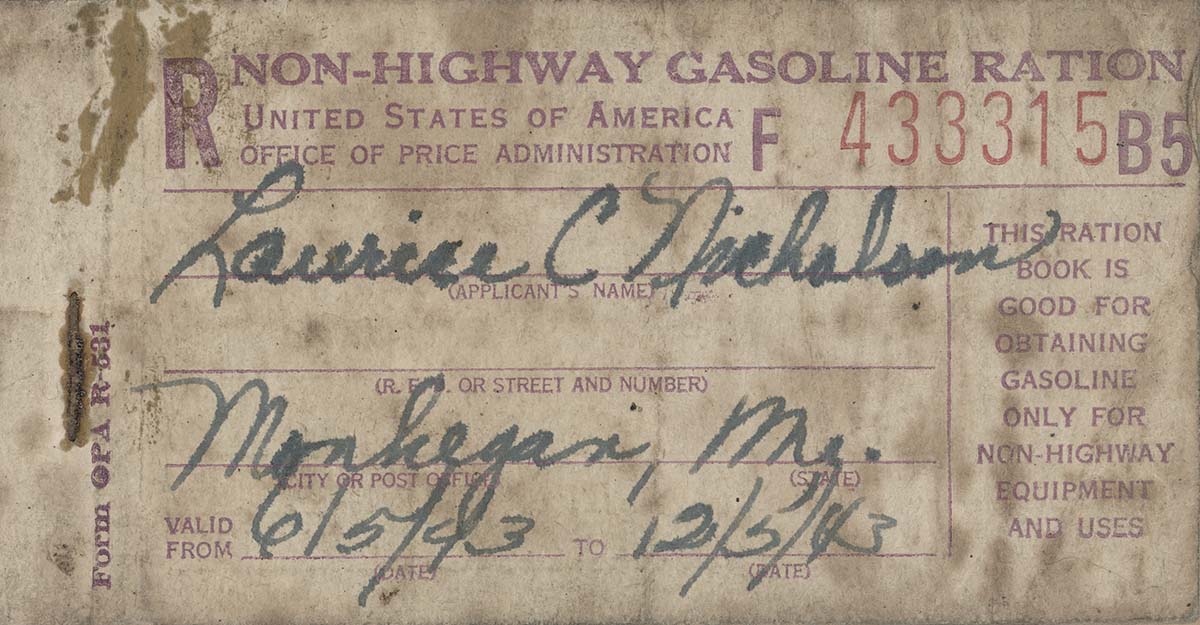 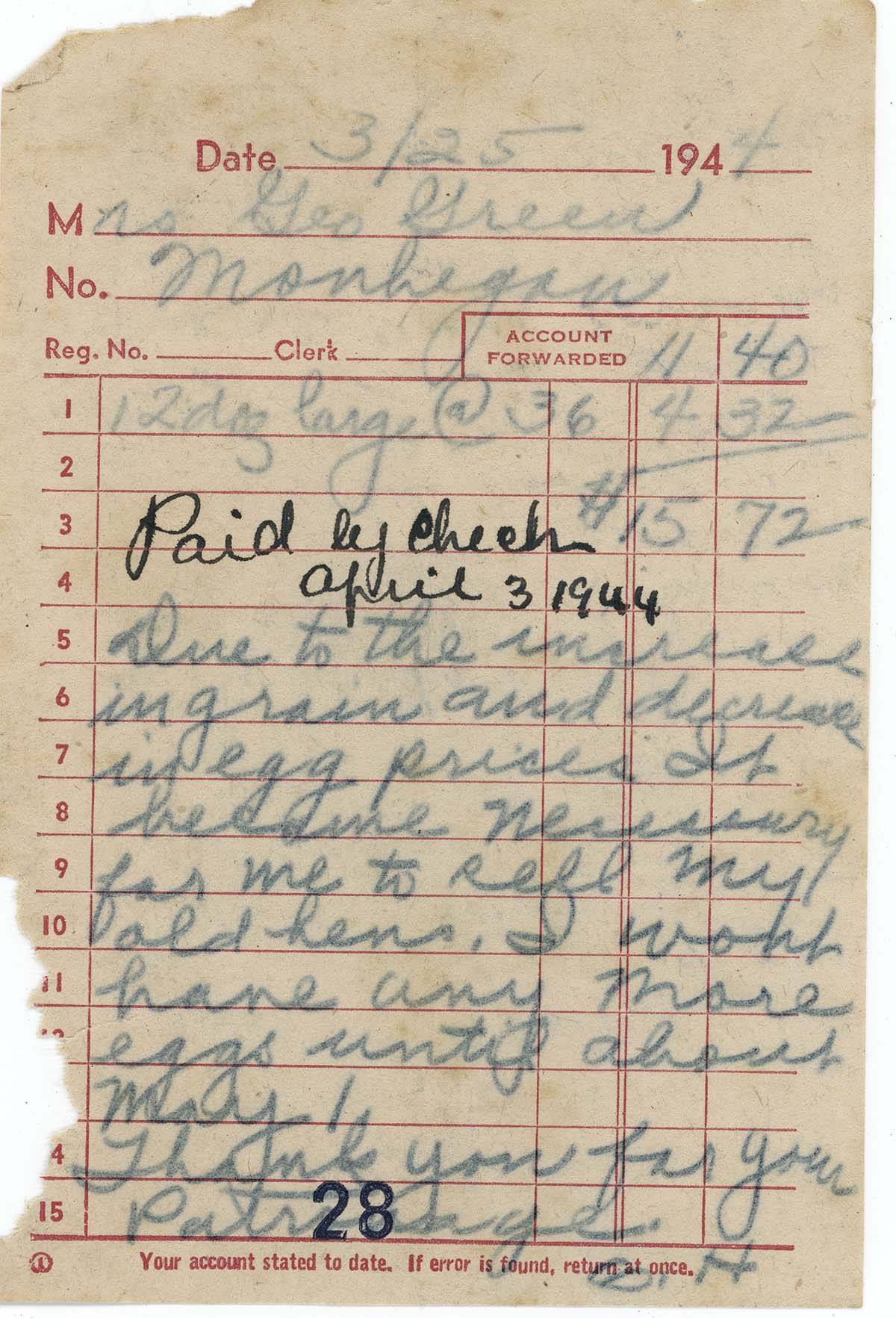 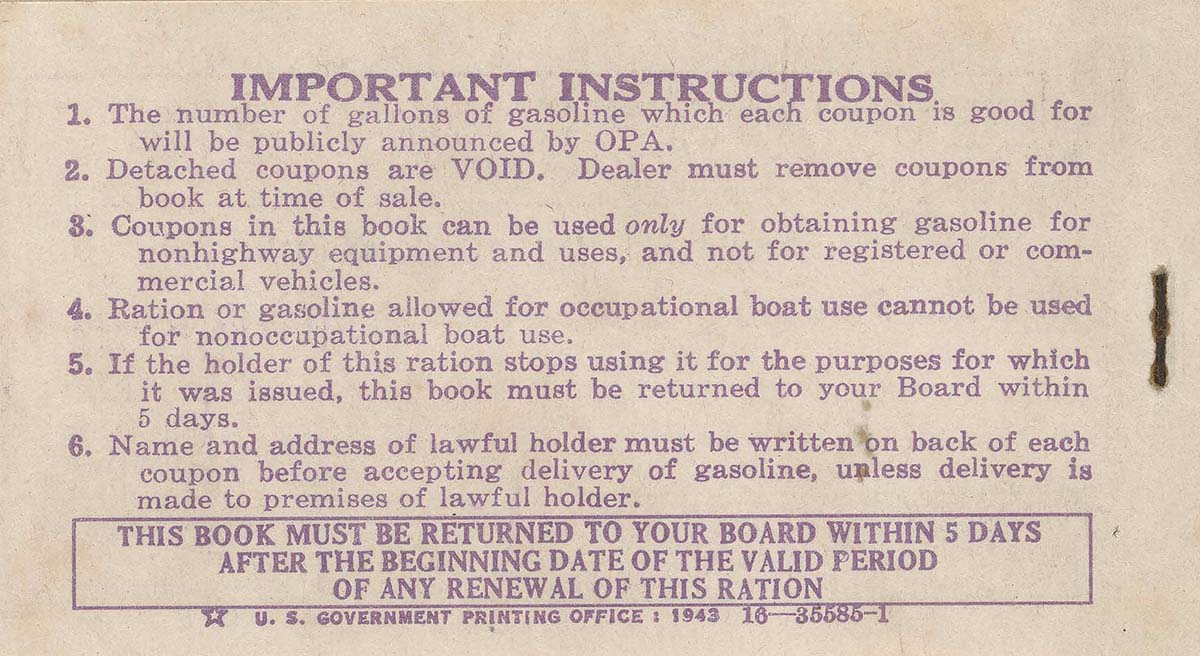 As food shortages and rationing increased, the U.S. Government encouraged all citizens to plant and grow Victory Gardens. These gardens, also known as war gardens or food gardens, were planted at private residences and public parks. Gardening was encouraged to both supplement rations and to boost morale. Eleanor Roosevelt planted a Victory Garden on the White House lawn in 1943, hoping to set an example for regular citizens. Year-round and summer residents on Monhegan enthusiastically planted gardens to supplement the food available at the store.

Warner Taylor, a summer resident from Wisconsin, took up gardening with rigor. A professor of English, Taylor’s real passion was photography. As the US government was concerned about spies using photographs to aid the Germans, no cameras were allowed within a mile of the US coastline during WWII. Taylor was unable to take photographs so he turned to gardening.

“His garden, the finest on the island, was begun after the start of World War II when civilian food became scarce. He shared his bounty with friends every summer afternoon, making short visits carrying a basketful of produce.” Miller, Lucia Taylor. Warner Taylor Photographing Monhegan 1912-1958. Yellow House Studio, 2014, p.8. 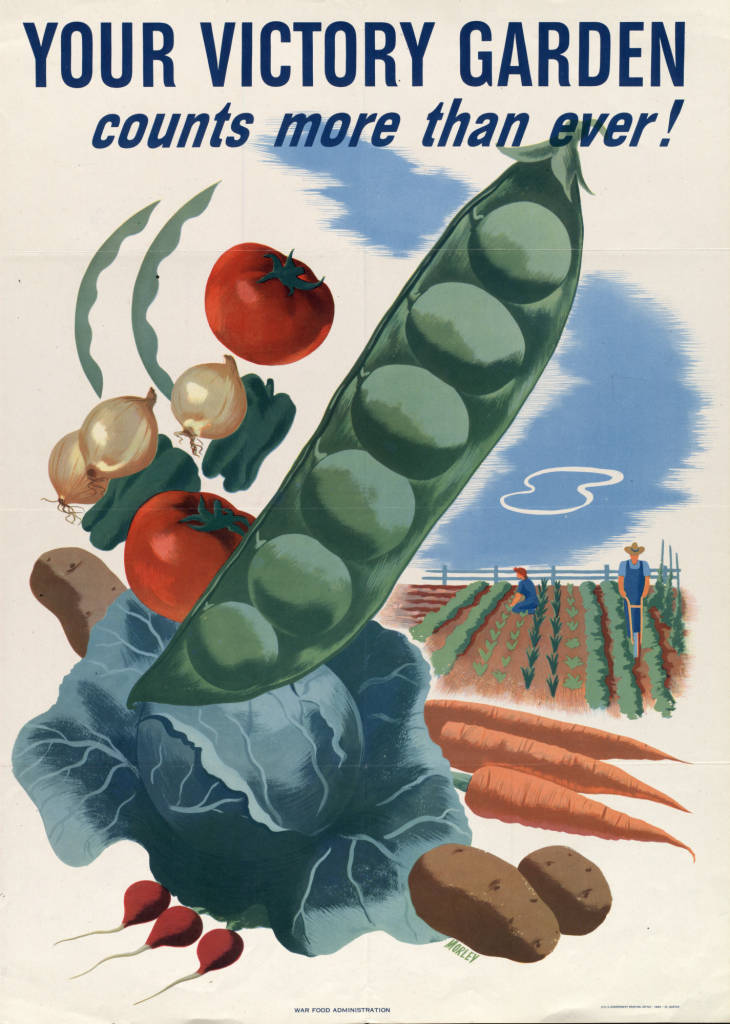