“There is a general prohibition in effect against photography of any strategic position throughout the United States. The Coast Guard has regulations in regard to access to shore-front property which varies somewhat in the terms of their enforcement in varying quarters of the coast, but generally speaking, the photography of all docks and harbors is prohibited, and there are many naval officers who feel that any photography of a coastline, especially in a little settled region like the Maine coast islands, might be very useful to commanders of submarines desiring to land war parties or even spies.”  From a letter to Warner Taylor from F.R. Fraprie/American Photographic Publishing, Co. 1942.

As the war progressed and security became more urgent, all photography was prohibited within one mile of the United States coastline. This ban deeply impacted Warner Taylor, a summer resident who spent his time on the island taking photographs.

Lucia Taylor Miller spoke of the prohibition of cameras on Monhegan in this interview from 2017. 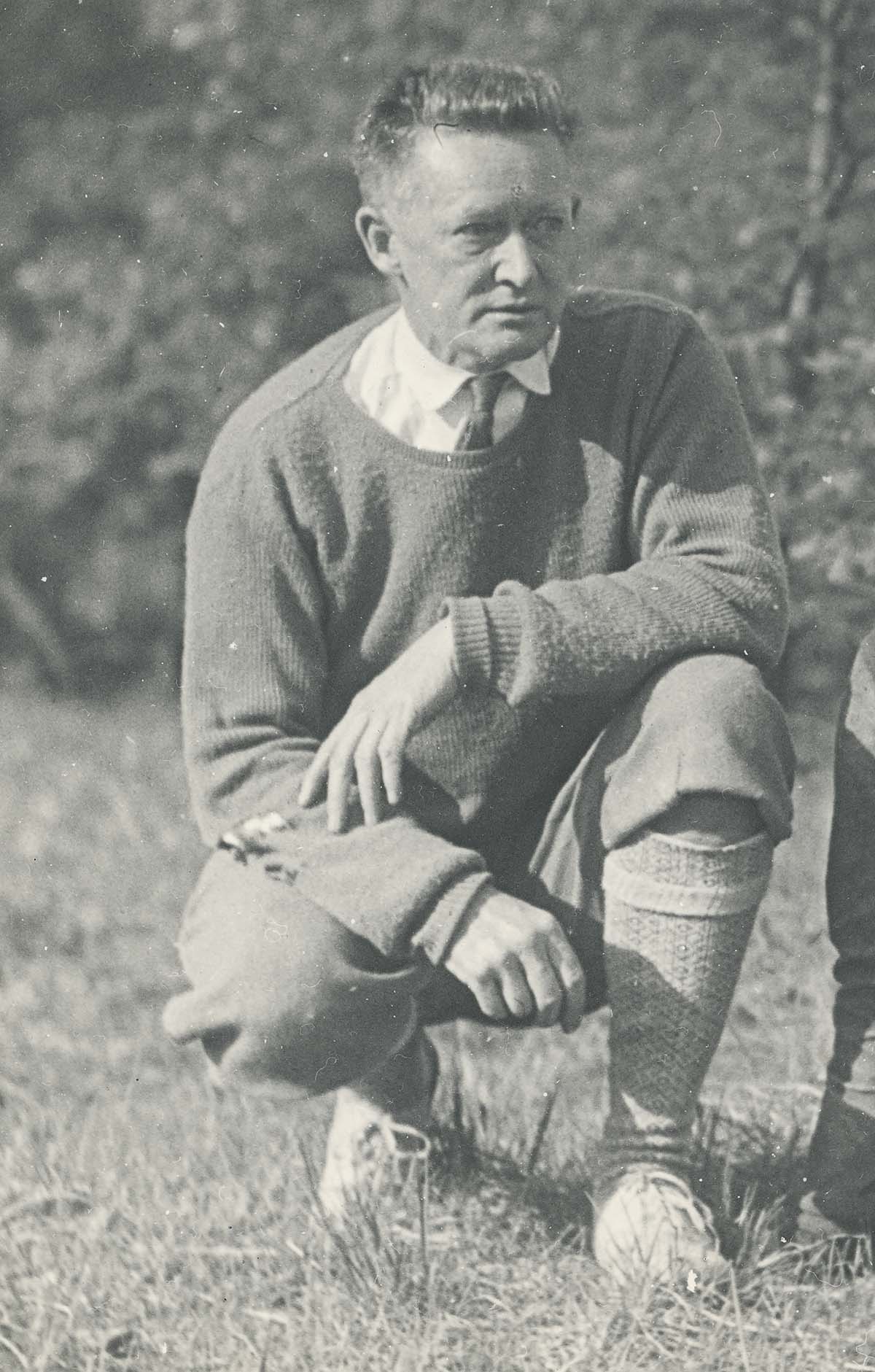 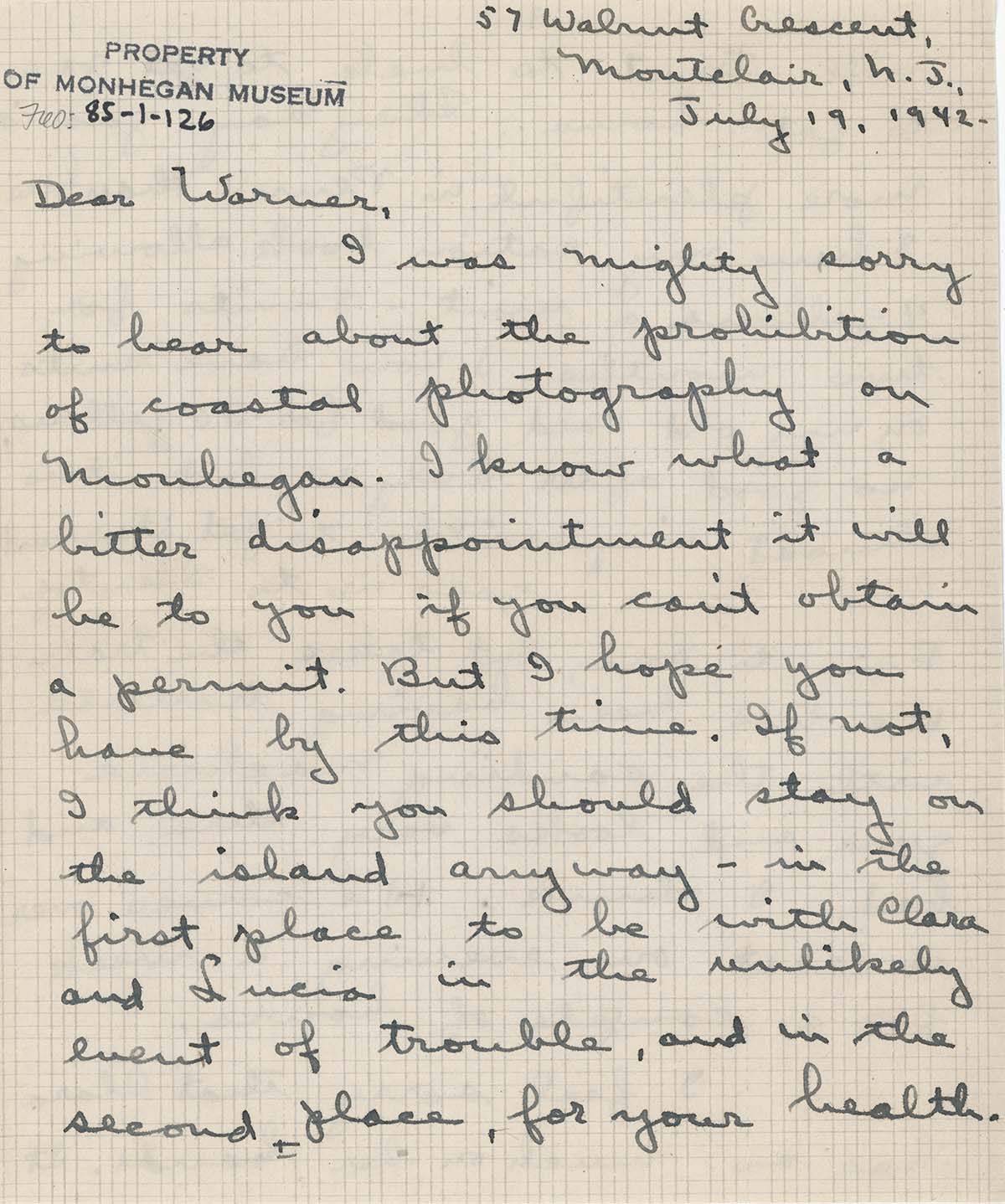 “I was mighty sorry to hear about the prohibition of coastal photography on Monhegan. I know what a bitter disappointment it will be to you if you can’t obtain a permit…”

NEXT ... Impact on School