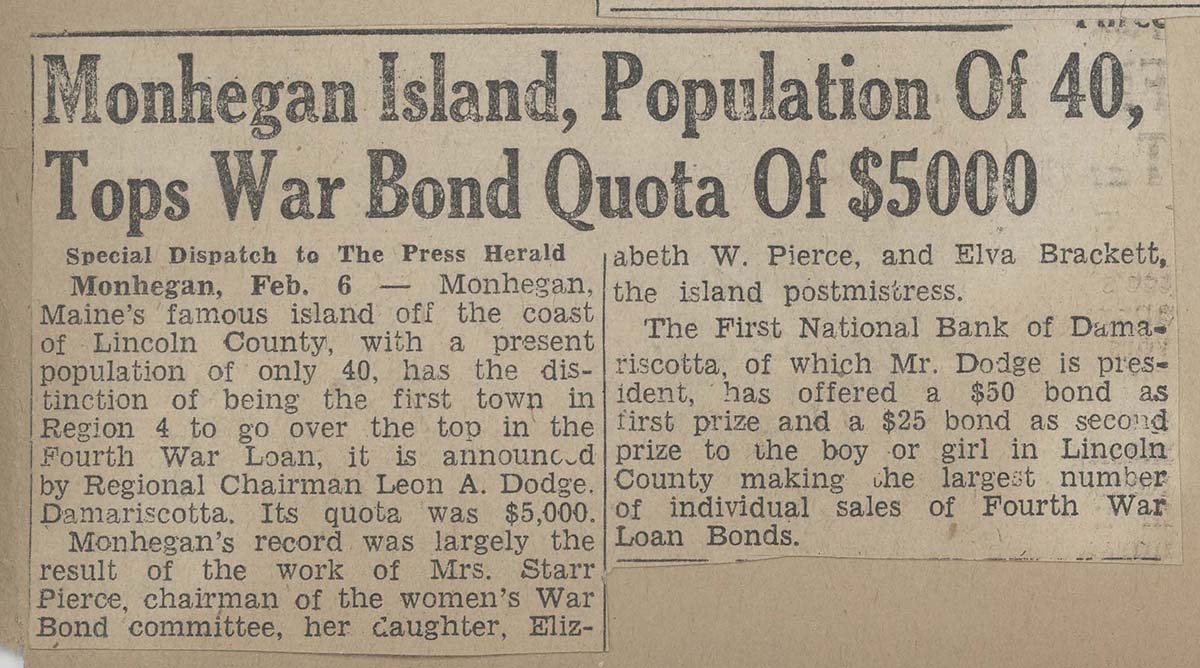 War bonds, also called Liberty bonds, or Victory bonds are debt sold by the govenment to fund military operations, essentially a loan to the govenment to help fund the war. The bond price back with interest to the buyer.

During WWII, over 85 million American bought bonds in order to help the war effort.

Artist Jay Connaway and his wife, Louise, left the island for war work in Berwick, Pennsylvania. “We both give 10% of our salary for war bonds, which almost all the workers do–then the Govt. is now going to take 5% in taxes from our salaries for a Victory tax–then with the income tax in Feb. well, don’t know where we will be.” Letter from Louise Connaway to Warner Taylor. January 5, 1943. 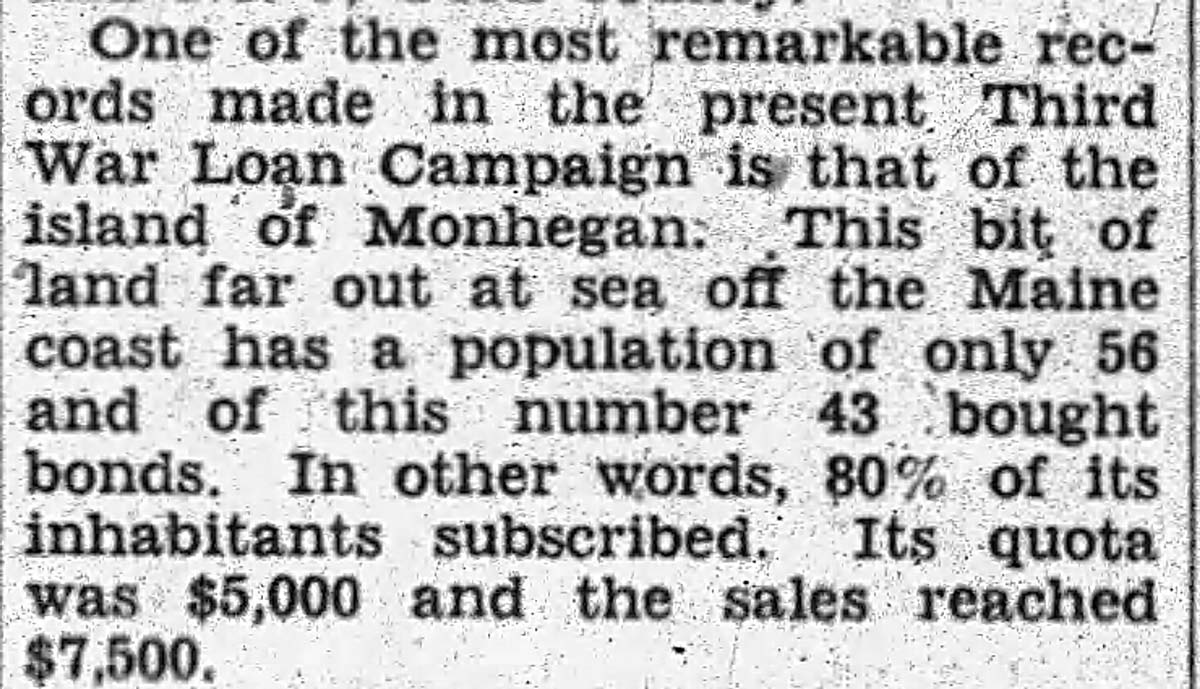 NEXT ... Salvage for Victory