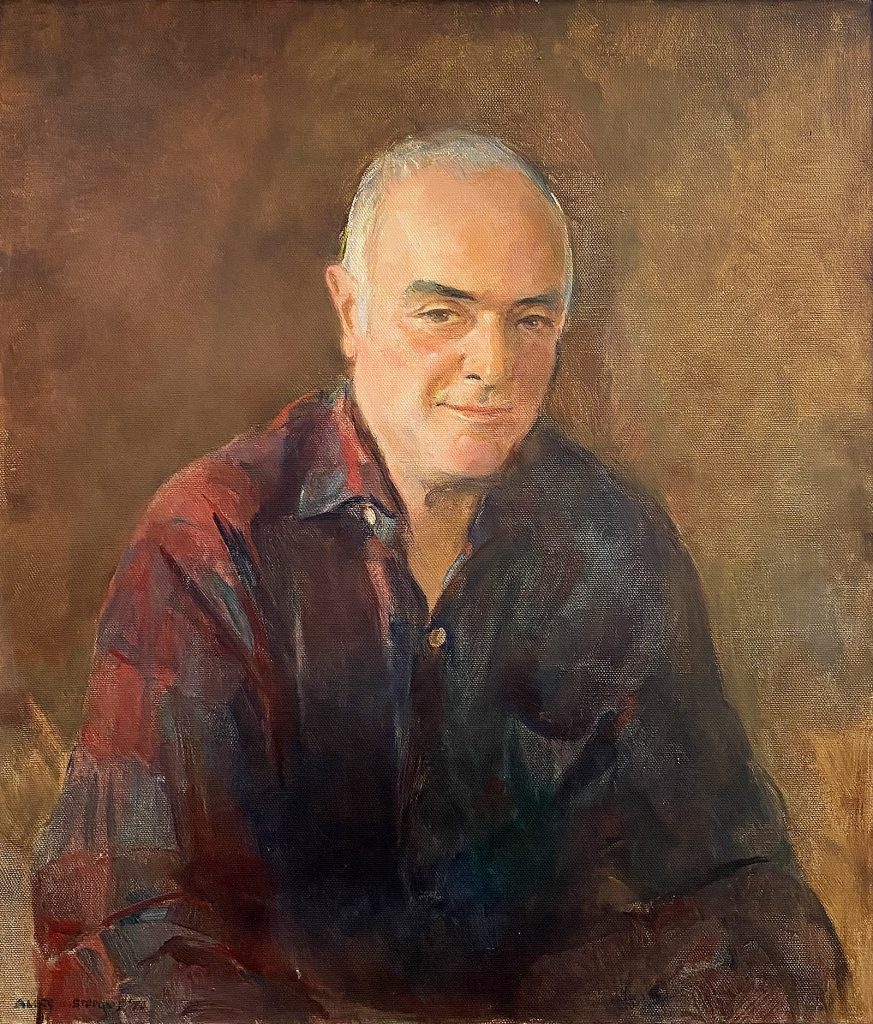 Doug Odom was born in Quincy, Massachusetts. After graduating from high school, Doug worked as a Seaman Cadet for Eastern Steamship on the Boston to Yarmouth, Nova Scotia run. When he was 17, Doug began spending summers on Monhegan, helping his older brother, Sidney, run the Monhegan Store. He and his brother, Harry, would spend summers on the island and winters in Massachusetts.

Doug was the first person drafted from Monhegan Island. “They say Doug Odom’s number is up for the Army but he’s got six months leeway to arrange matters in the store. I doubt if he gives it up permanently.” letter from Betty Pierce to Clara Taylor. After making arrangements for Fred Townsend to run the store in his absence, Doug became a crane operator at Bethlehem Steel in Quincy, MA. while he waited to be called up. He helped to build the battleship Massachusetts. Doug was mustered aboard the Massachusetts and served for four years as a Machinist Mate 1st Class on the ship he helped build. He saw combat both in the Pacific and in Africa.

After the war, Doug returned to the island and to running the Monhegan Store year-round with his brother, Harry. They cut ice, delivered kerosene and lobstered during the winter. The Odom brothers bought their first lobster boat, the Juliet H., in 1946. Their final boat, the Chris, was named for their good friend, Chris Nicholson. Doug lived on the island year-round until 2002, when he and Harry moved to the mainland. 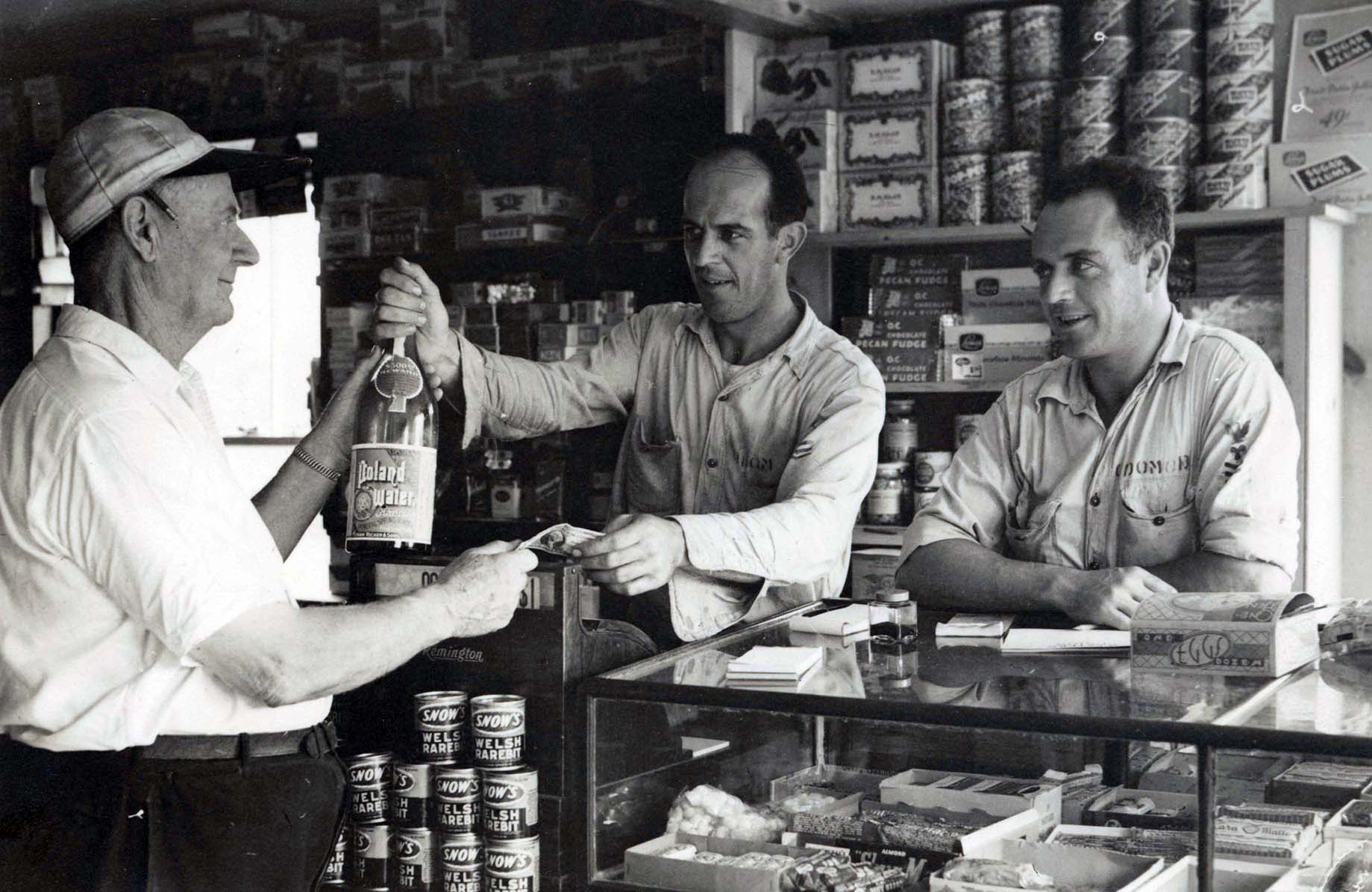 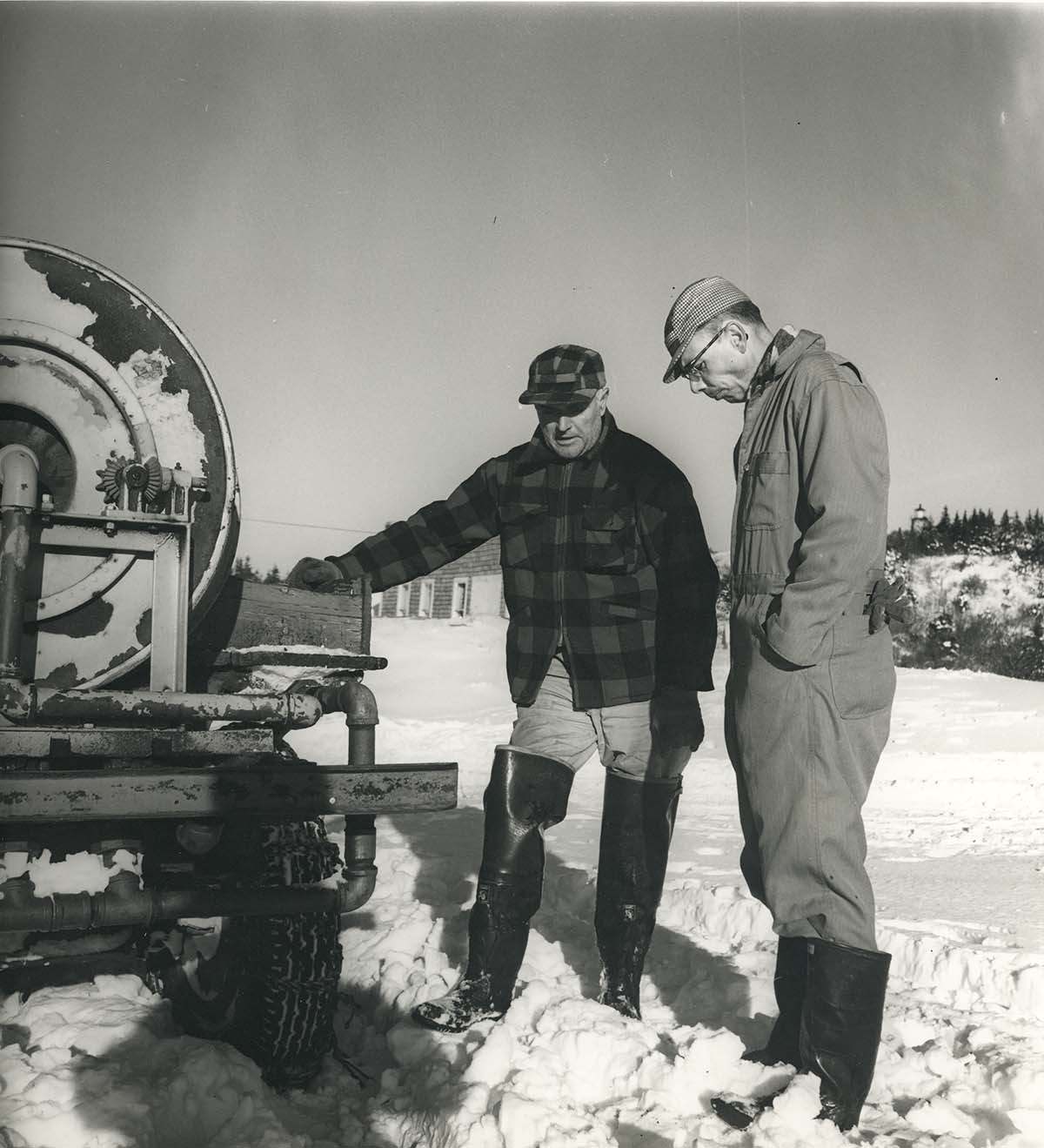