Harry Odom was born in Quincy, Massachusetts, the youngest of four children. He graduated from Quincy High School and worked as a seaman cadet for Eastern Steamship on the Boston to Nova Scotia run. Sidney Odom, Harry’s eldest brother, began managing the Monhegan Store in 1930 for the John Bird Co. of Rockland. When he was 15, Harry began coming every summer to work for his brother.

Harry joined the Army in April, 1942. He served as a Staff Sergeant and platoon leader in the Ninth Division. Harry fought in North Africa, Sicily and France, His unit was engaged in heavy fighting and he was wounded while storming Utah Beach during the D-Day invasion of Normandy. After recuperating, he returned to the front and was captured by the Germans. After 8 months in captivity, Harry escaped with fellow prisoners and walked across Poland and into Russia before finding a ship to take him back to American held territory. “It was sometime in February and we went from there all thru Poland, Warsaw…and we rode bicycles, we rode boxcars, walked and we’d walk into a place and just walk into a, home, people would be there sometimes–we’d walk in. If they have any extra room, we’d walk in a and sleep. If they had food, we’d take it.” He returned to Quincy, MA, in April, 1945. 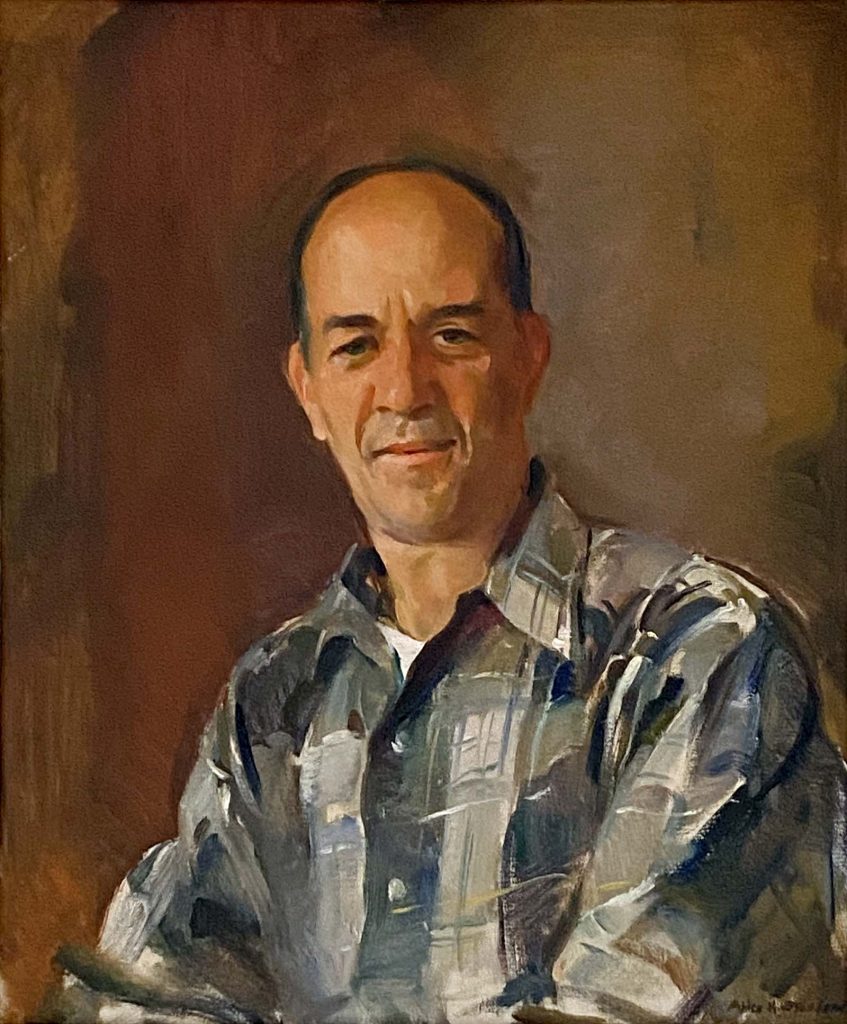 “I’d been sleeping on the ground, in box cars, on hard floors,” recalls Harry, who received four medals including a Purple Heart. “When I got back to my mother’s she said, ‘oh, you sleep in here,’ a room with a bed with all those soft, thick mattresses. I couldn’t sleep in it. I took a pillow and laid on the floor.” Woodard, Colin. “Brothers on the Rock”. Island Journal. May 1, 2002. Volume 19. Pg. 32.

After the war, Harry returned to the island to live year-round. He convinced his brother Doug to return with him. While they had been fighting, the store had gone into debt. “They thought they’d run the store and get out of debt and then go their separate ways on the mainland” their nephew Ben Odom says. “But by the time they got out of debt they were sort of captured by the island.”  Woodard, Colin. “Brothers on the Rock”. Island Journal. May 1, 2002. Volume 19. Pg. 32.

In 1946, they bought their first lobster boat, the Juliet H. and began fishing together. They lobstered and ran the store together until 1979, when they sold it and built a house next door. Harry and Doug lived together on the island until 2002, when they moved to the mainland due to health problems.

For his service, Harry received a Purple Heart with Clusters, the Bronze Star, the European-African-Middle Eastern Campaign Medal and the Prisoner of War Medal. Unfortunately, all of the medals were lost when the Monhegan Store burned in November, 1963. Jamie Wyeth, a dear friend of the Odom’s, was instrumental in having the medals reissued. Senator Olympia Snowe presented them to Harry during the Monhegan World War II Veterans Day of Honor celebration, held at the Monhegan Church on August, 14, 1995. 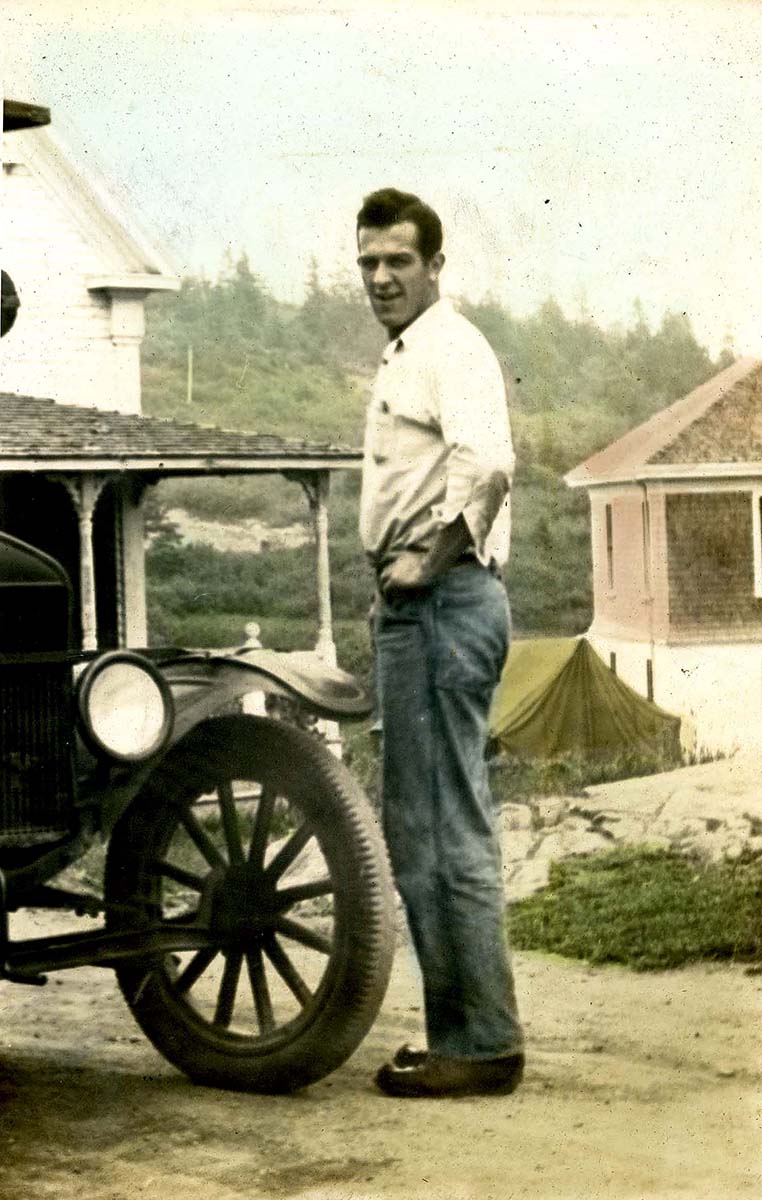 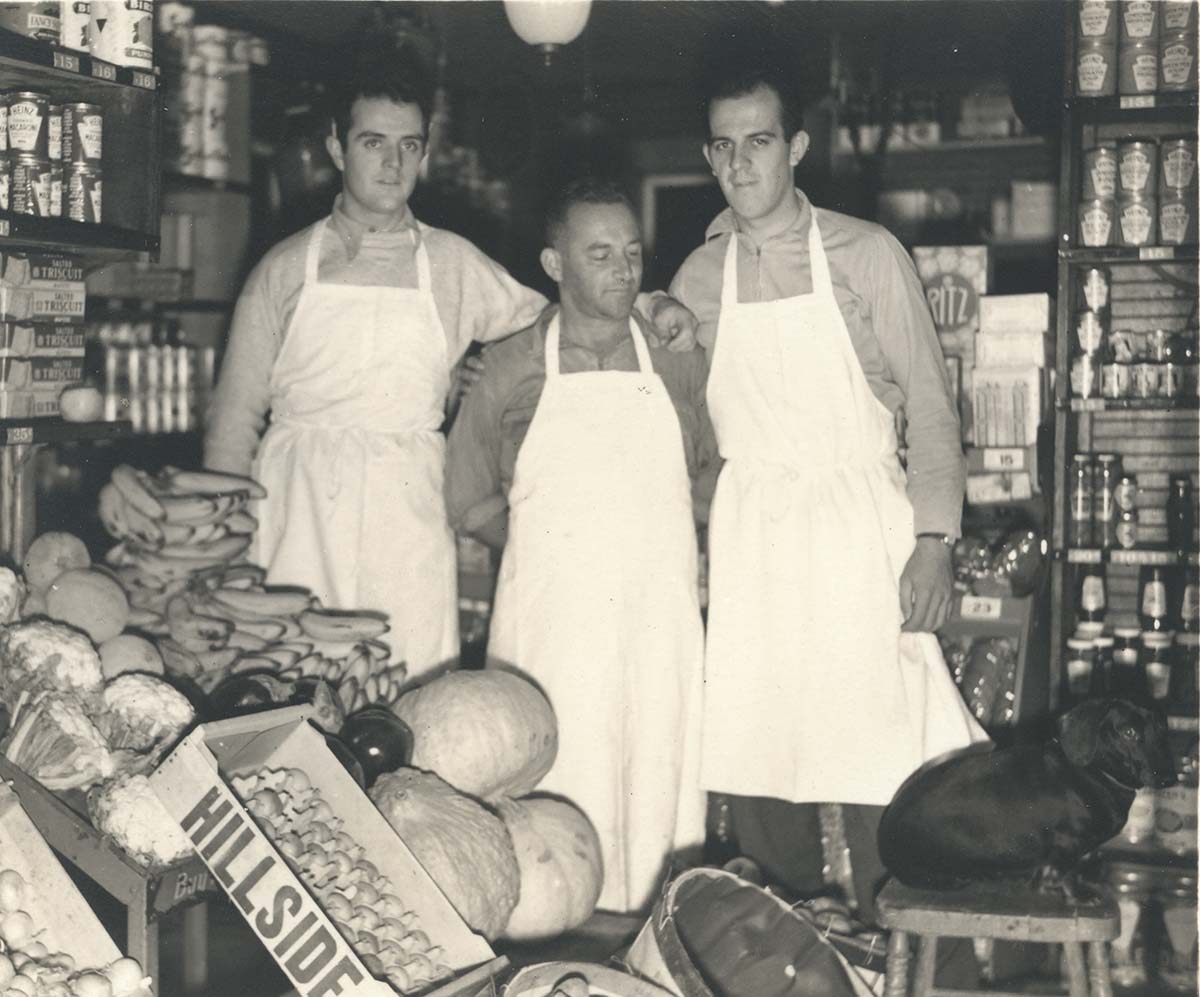 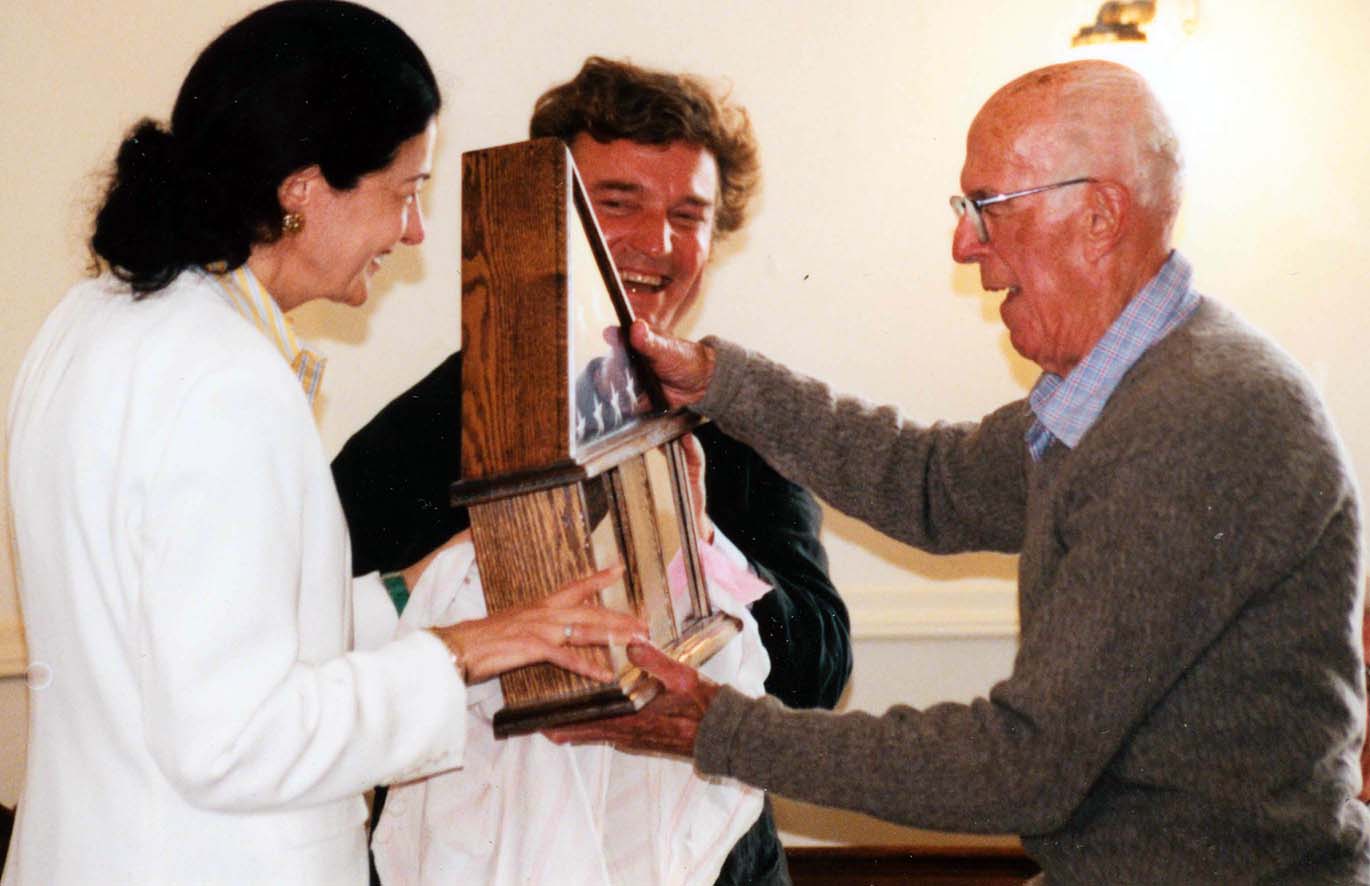