Alfred was the eldest son of Dwight and Freda Stanley. He grew up on Monhegan and was fishing and lobstering at a very young age. His father, Dwight, was known as the “king of the lobstermen.” Alfred followed in his father’s footsteps, seine fishing with Manville Davis. In 1940, Alfred was 18 years old and living with his parents and younger brother, Sherman.

When war was declared in 1942, Alfred enlisted in the Navy. His rank was bosun mate, third. “I was second in command of the gun crew. I had a loader. I just shot. I just fired them.” Alfred was an exceptionally good shot. His nephew, Shermie, remembered Alfred telling him it was because he had shot so many ducks when he was young. During his four year stint, Alfred served aboard three ships. The first two ships he served on were liberty ships that made runs to Mermansk, Russia with supplies.

“Alfred Stanley U.S.N.R. is spending a seven-day furlough with his parents Mr. and Mrs. Dwight Stanley in Monhegan. Mr. Stanley, who is gunners mate in the Merchant Marine has just returned from a nine-months’ trip to Russia. He has seen some rough seas and plenty of bombs.” Courier Gazette. April 23, 1943.

Alfred served in both the Atlantic and Pacific theaters. He and his brother Sherm were both in the Pacific at one point but didn’t see each other. 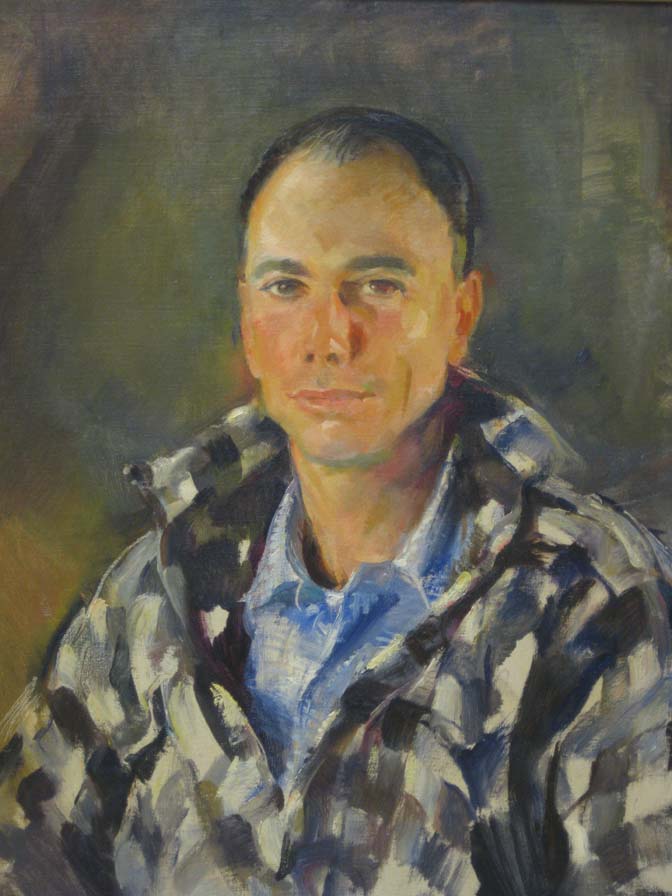 In 1993, Alfred was awarded a Commemorative medal, The 40th Anniversary of the Victory in the Great Patriotic War (WWII), from Vladimir F. Lukin, the Russian Ambassador to the United States. “This award is a token of recognition of your outstanding courage and personal contribution to the Allied support of my country which fought for freedom against Nazi Germany.”

Alfred met his future wife, Dorothy “Dot” McDonald, while on leave in St. John, New Brunswick, Canada. They were introduced at a party by an American major serving in the Canadian Army. In 1946, they married and moved to Monhegan. Alfred resumed fishing. Alfred was an excellent lobsterman, fishing for many years on his boat, the Dorothy M. and was a community leader, serving for many years as the Constable and Truant Officer. Alfred and Dorothy were an influential couple and lived on Monhegan year round for over 50 years before moving to Rockland, Maine. 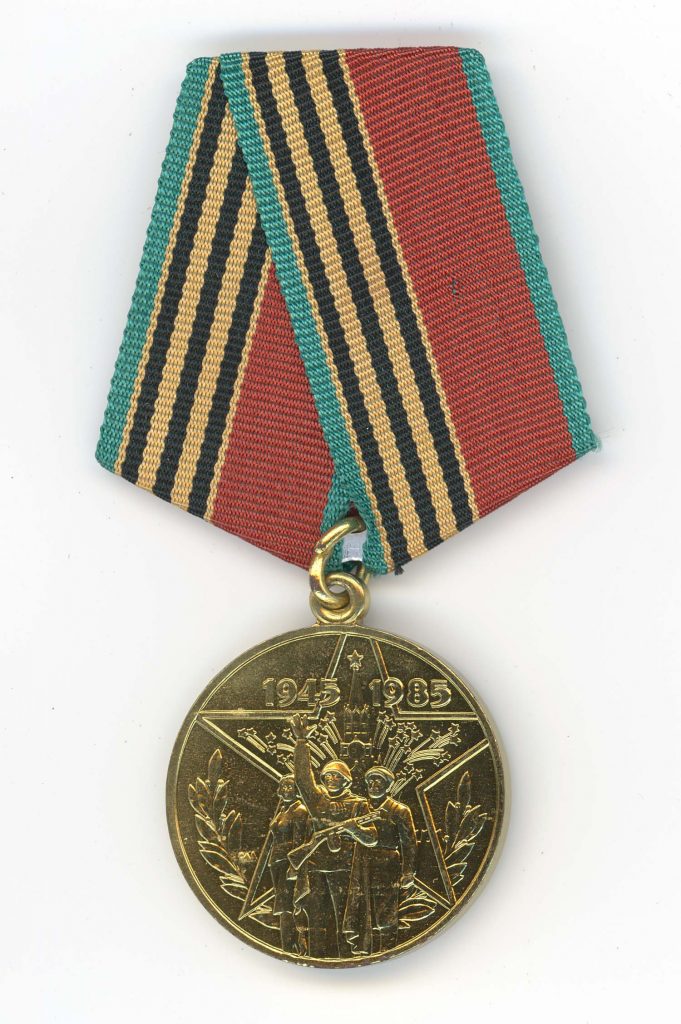 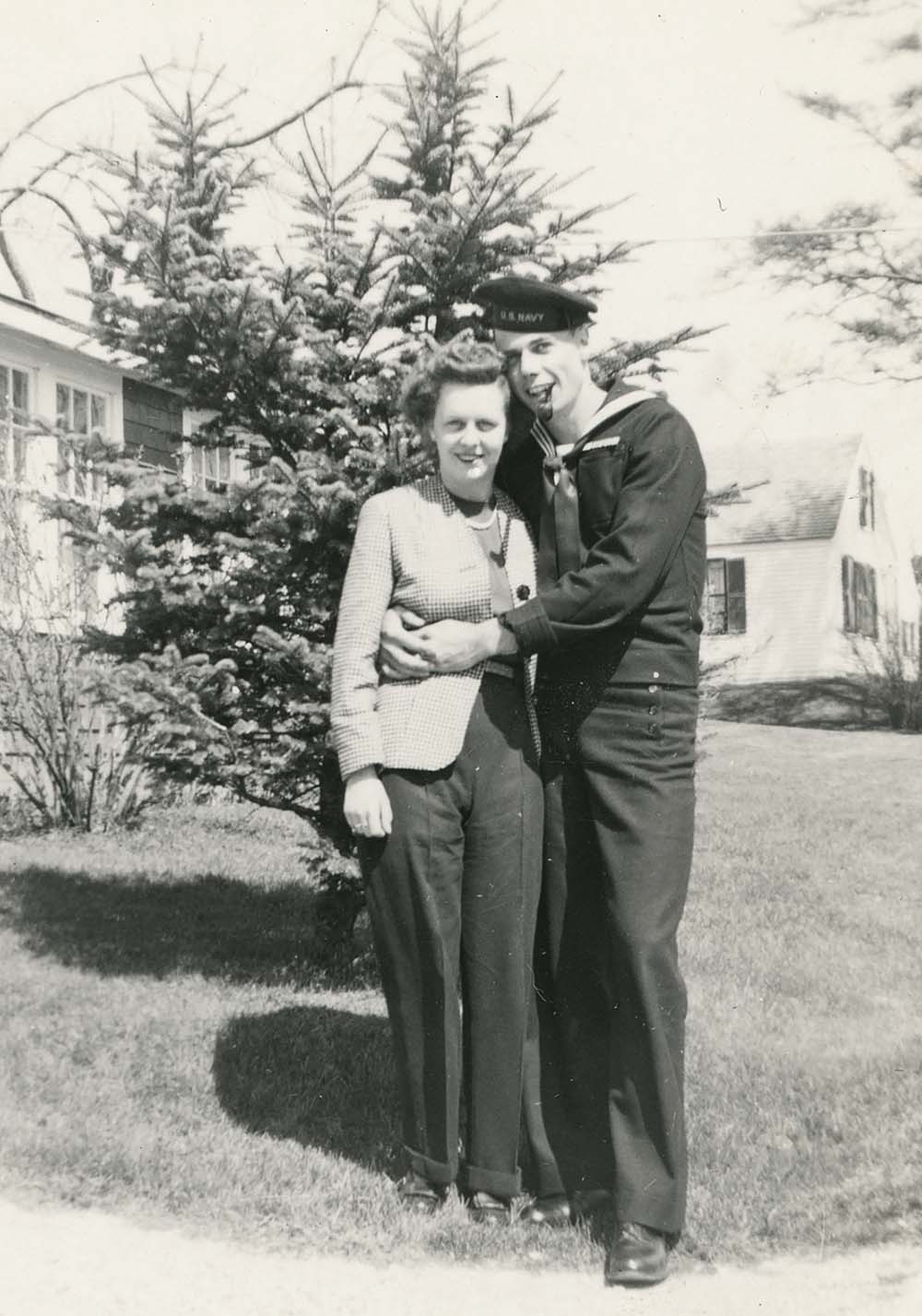 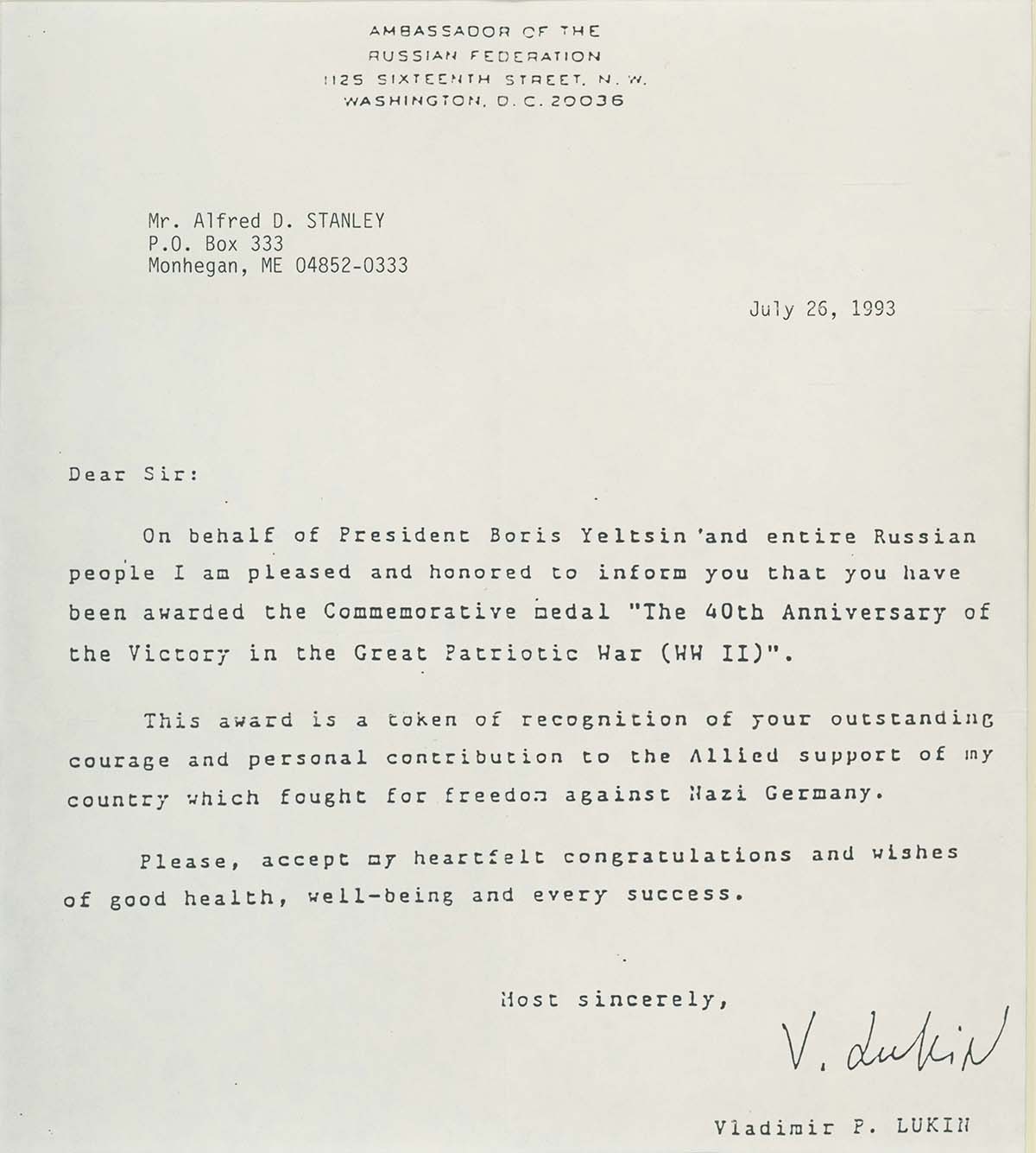 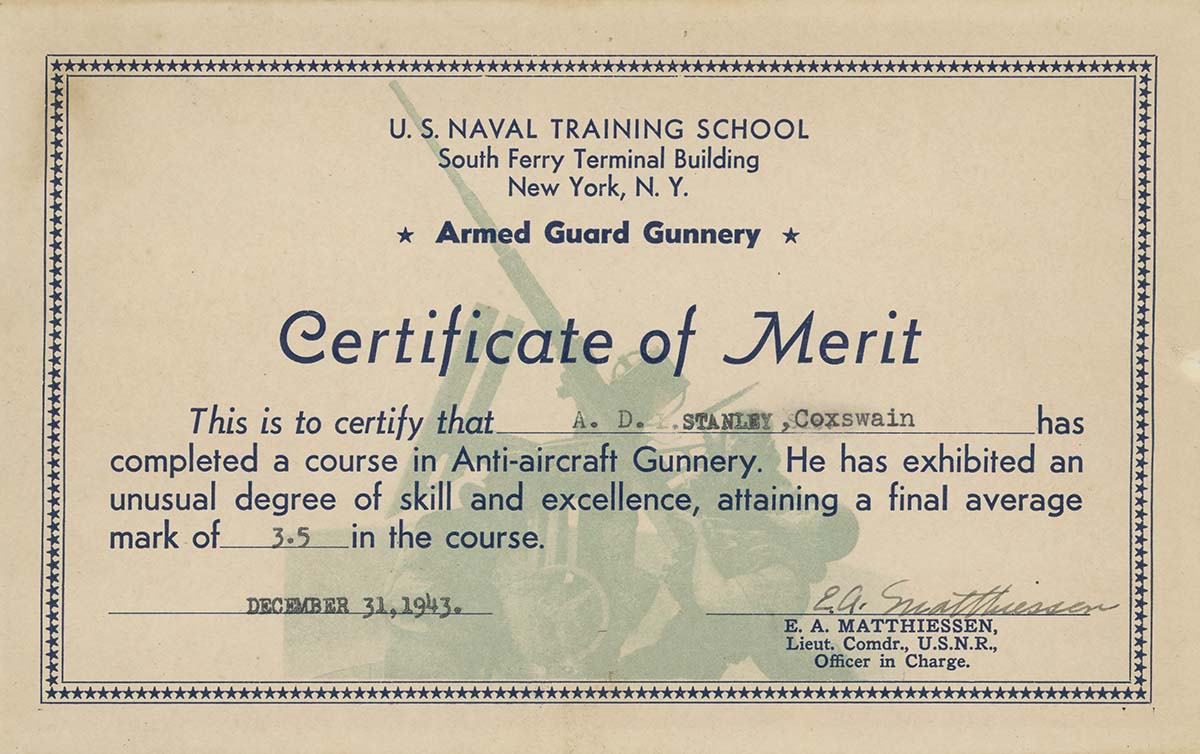 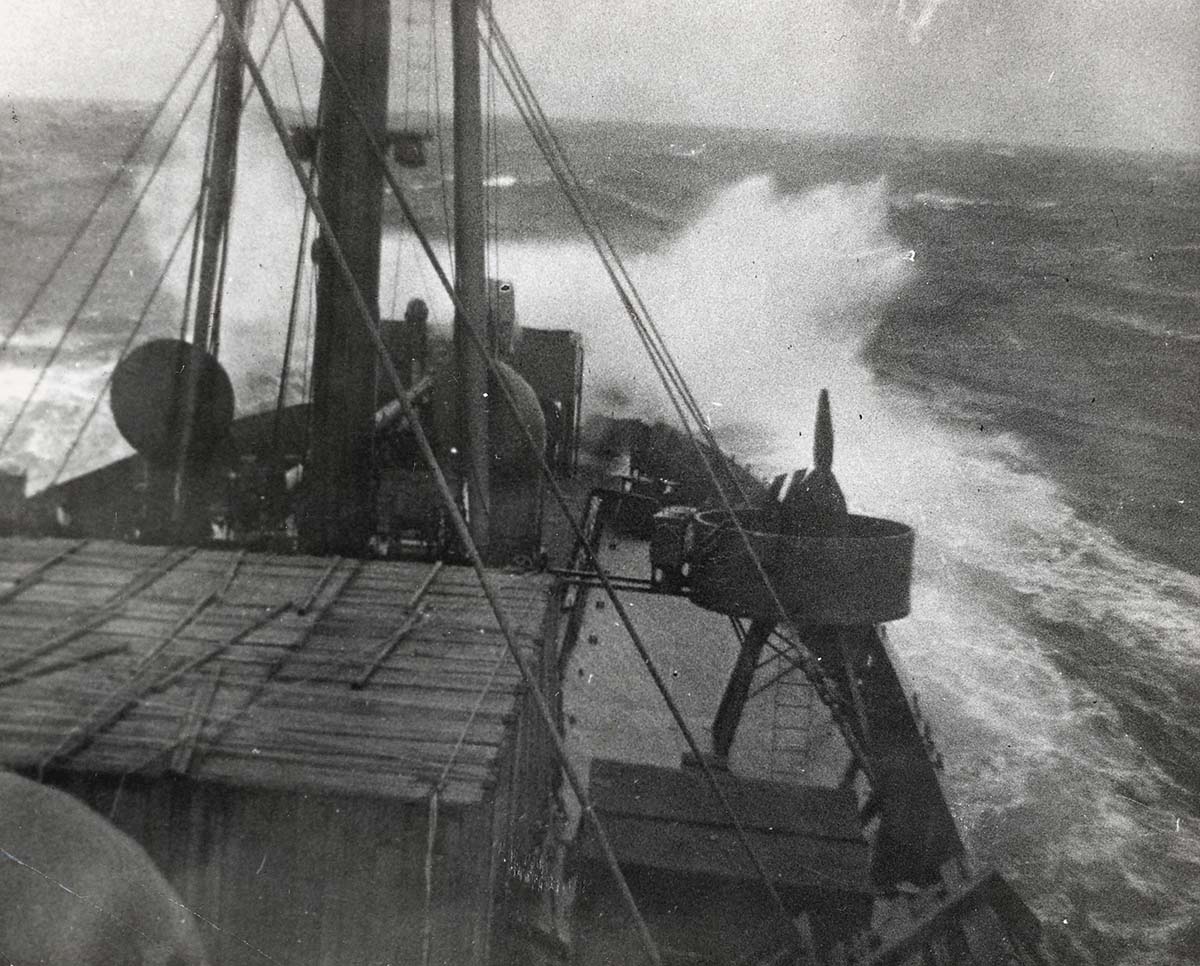 Alfred’s 1942 itinerary.
He logged his voyages and kept them inside an atlas that he carried with him during the war. 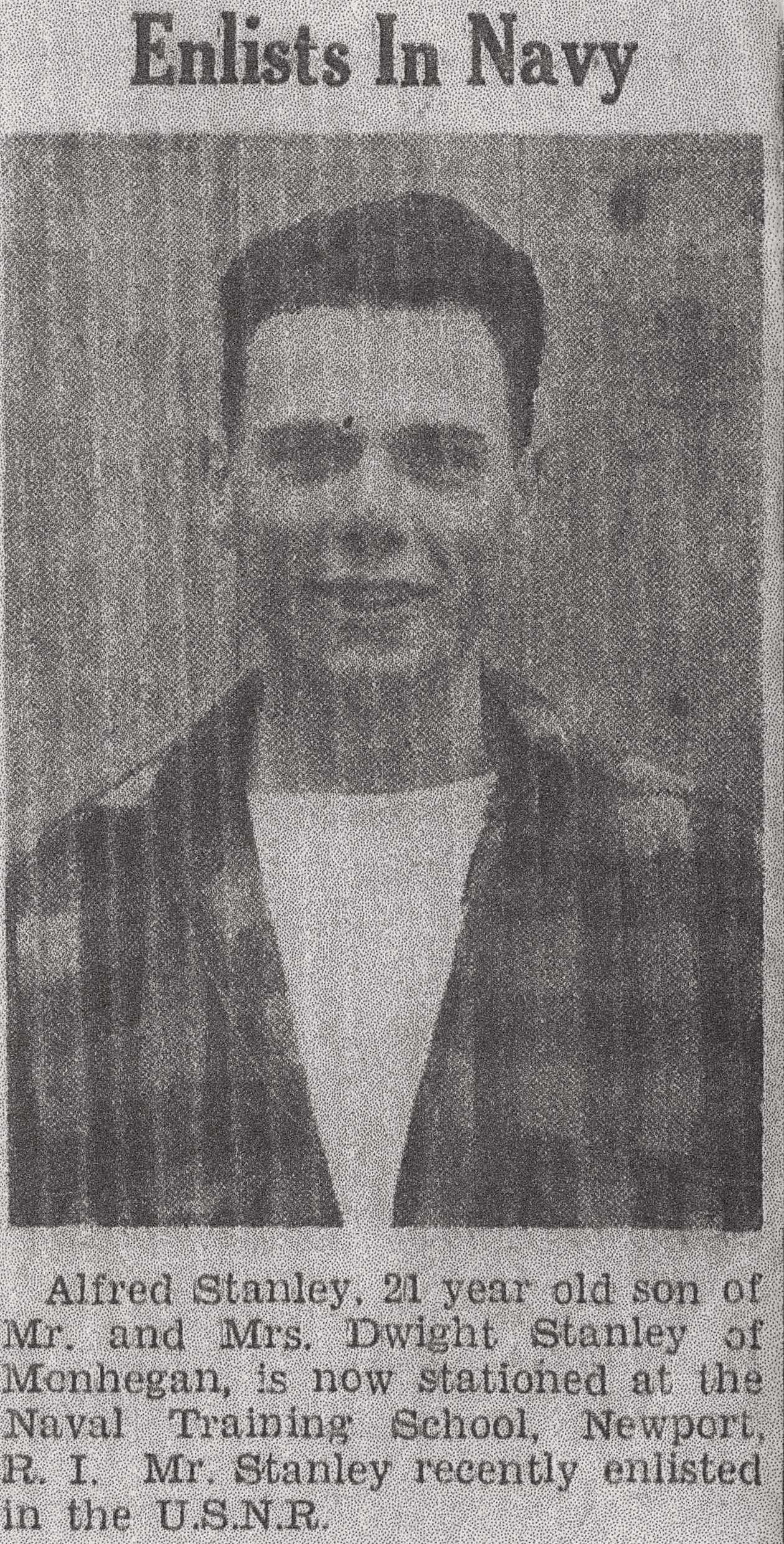 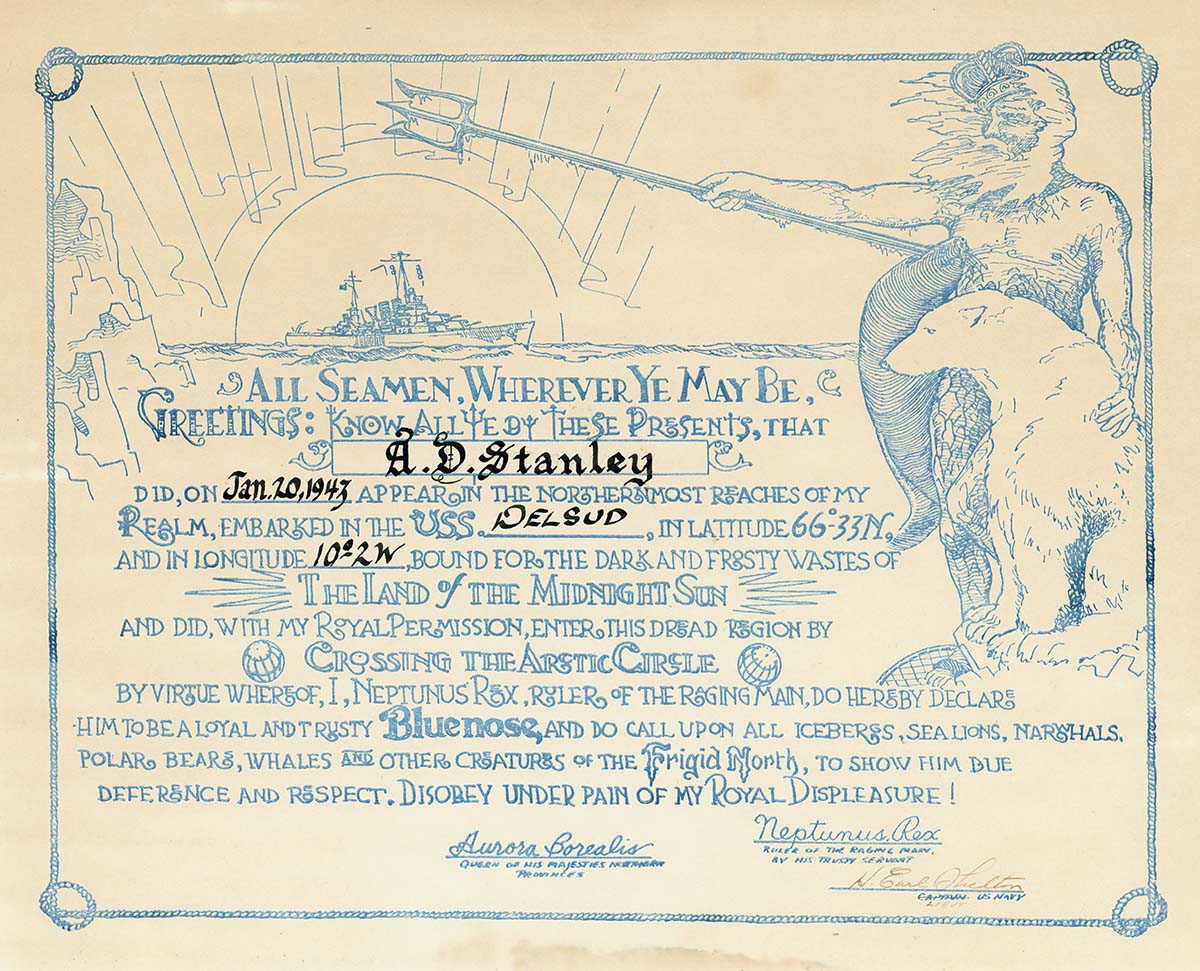 Certificate for Crossing the Arctic Circle 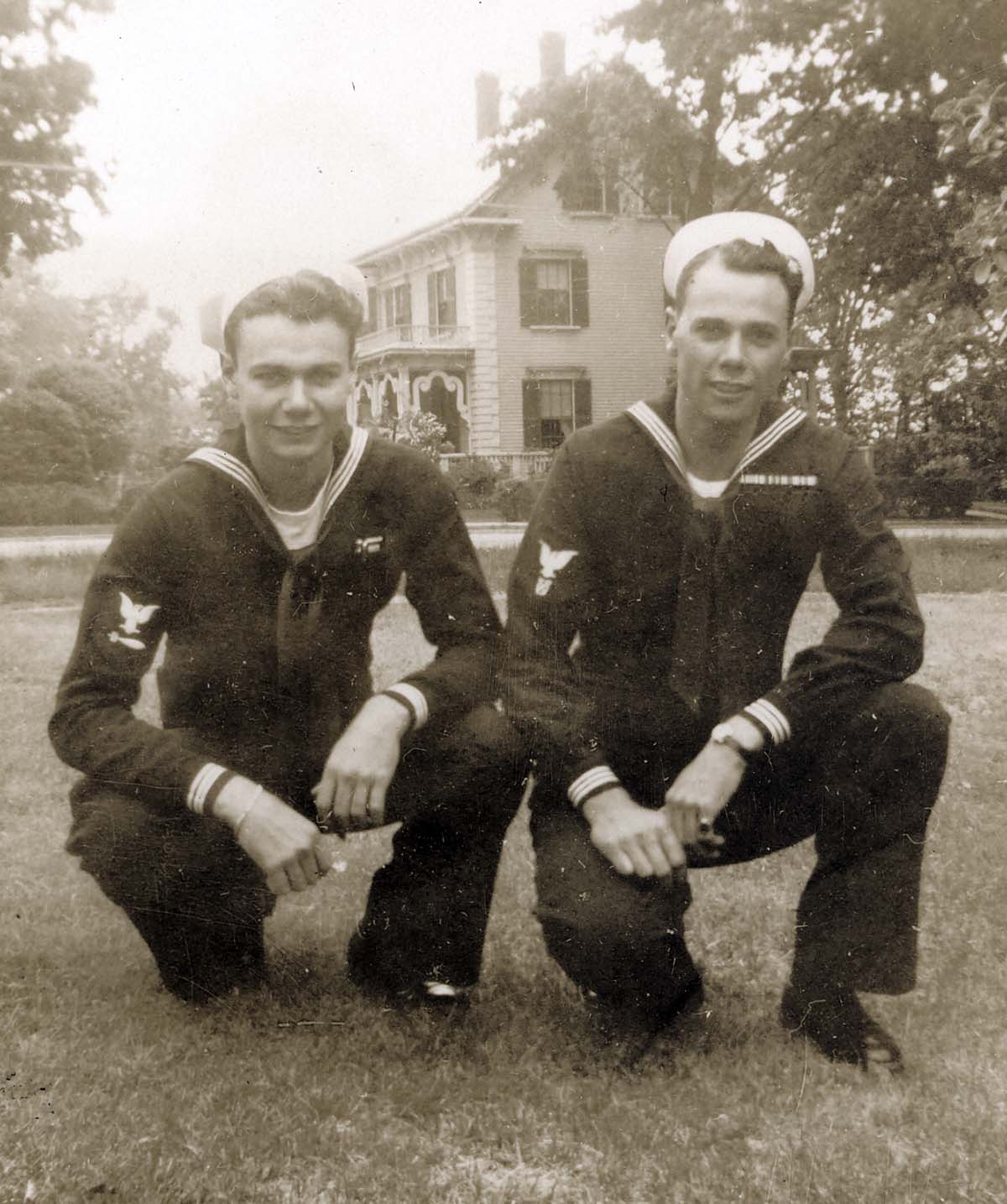 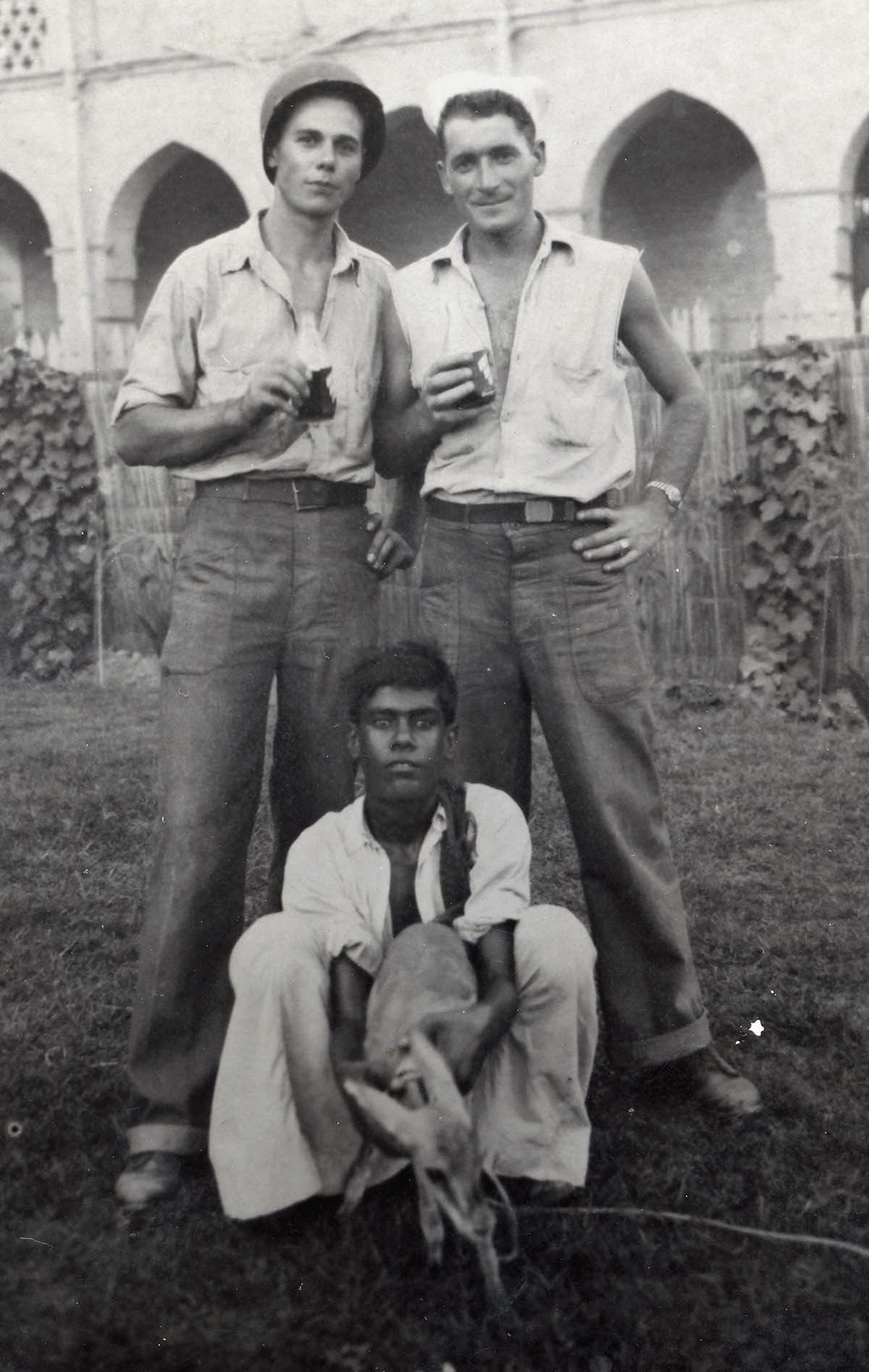