Threat of War: The Pre-War Years

The decade prior to World War II was one of relative peace and calm for the people of Monhegan. The year-round and summer residents often collaborated on both island challenges and entertainment.

Some of the challenges that were priorities during these years were fire protection, government aid to build a breakwater, gravel shortages, proposed alterations to the lobster season, and garbage disposal. Entertainment helped to lighten the load of these heavy subjects. Bi-weekly dances were held year-round at the dance hall, previously located where the current Parsonage stands. With the increased population during the summer months also came more opportunities to socialize. Dances, Gymkhanas, Masquerade balls, card playing, sing-alongs, and ‘weinie roasts’ all contributed to the culture of the island.

As the end of the decade approached, the rumblings of discord around the world were starting to be felt on the island. In 1938, The Monhegan Press published an article reporting on the seven Navy destroyers contracted to be built at Bath Iron Works. These contracts were in response to the Naval Act of 1938 which called for a 20% increase in the strength of the US fleet. On November 20, 1939, the Press reported three submarine sightings, two westward of the island and one near the whistling buoy.

A sample of life circa 1930 courtesy of the Nelson Family 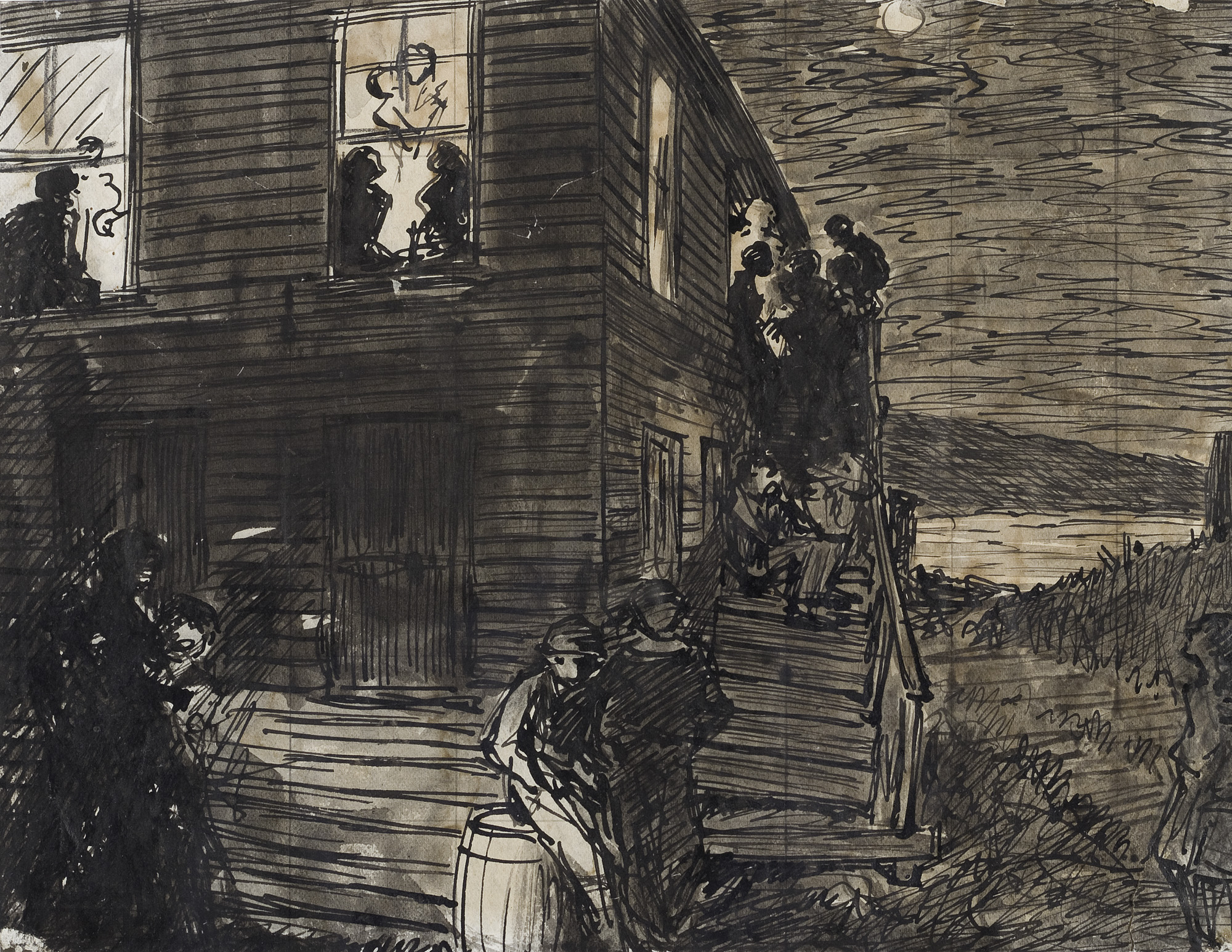 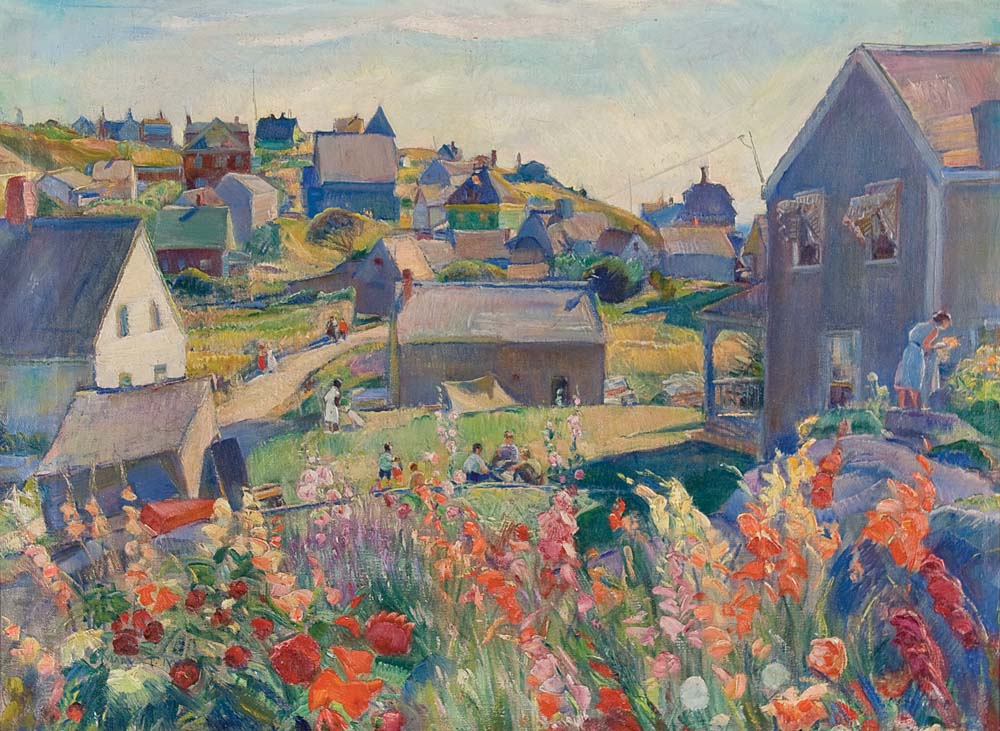 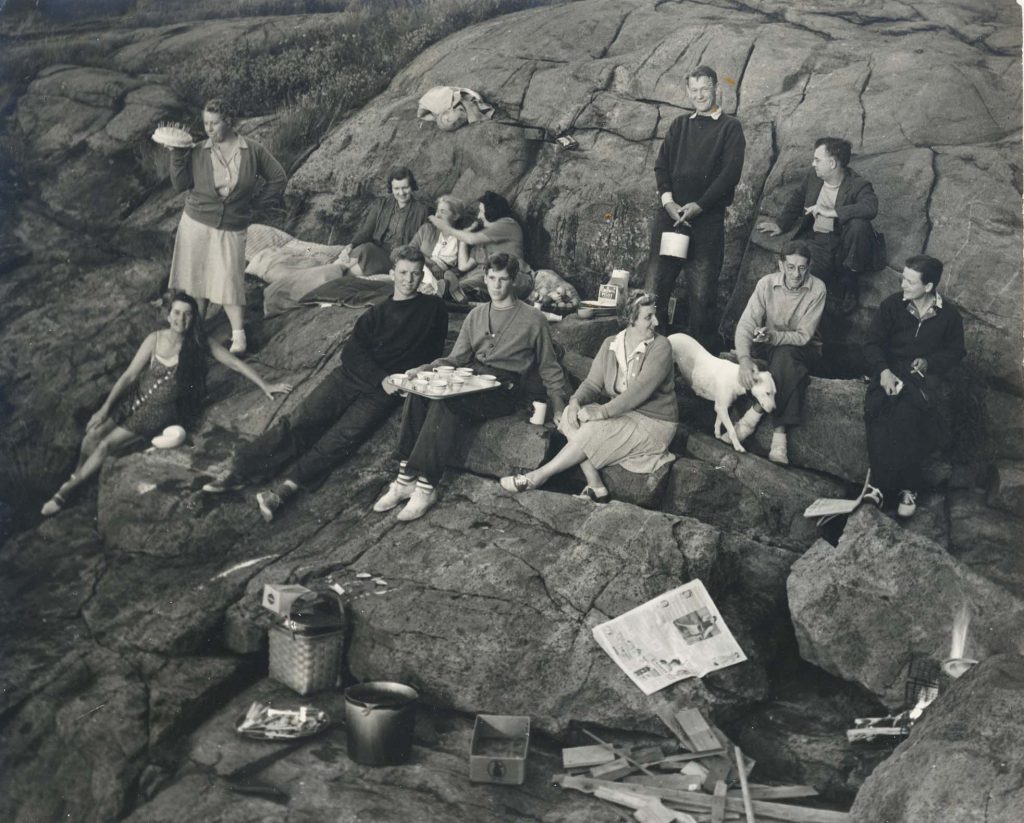