Scrap drives were a popular way for regular citizens to contribute to the war effort. The Salvage for Victory campaign was launched in 1942 by the U.S. Government to salvage materials for the war effort. Paper, rubber, metal and rags were all gathered and repurposed to help fight the war.

Monhegan residents wholeheartedly did their part for the war effort. “…this far off parcel of land contains a community of people who were “self-starters” in joining the nationwide salvage campaign. Hoping to surmount the difficulties of transportation to the mainland, Monhegan residents were first among the islands to build a scrap pile near the wharf. Old stoves, engines, bed springs, pipes, and even shells from World War I are making up the several tons of valuable materials which Monhegan will give. Through arrangements of the Maine Salvage Committee an Army barge will go to Monhegan for the final collection.” Portland Sunday Telegram and Sunday Press Herald, September 6, 1942. Olga Stevens scrapbook. p. 69. 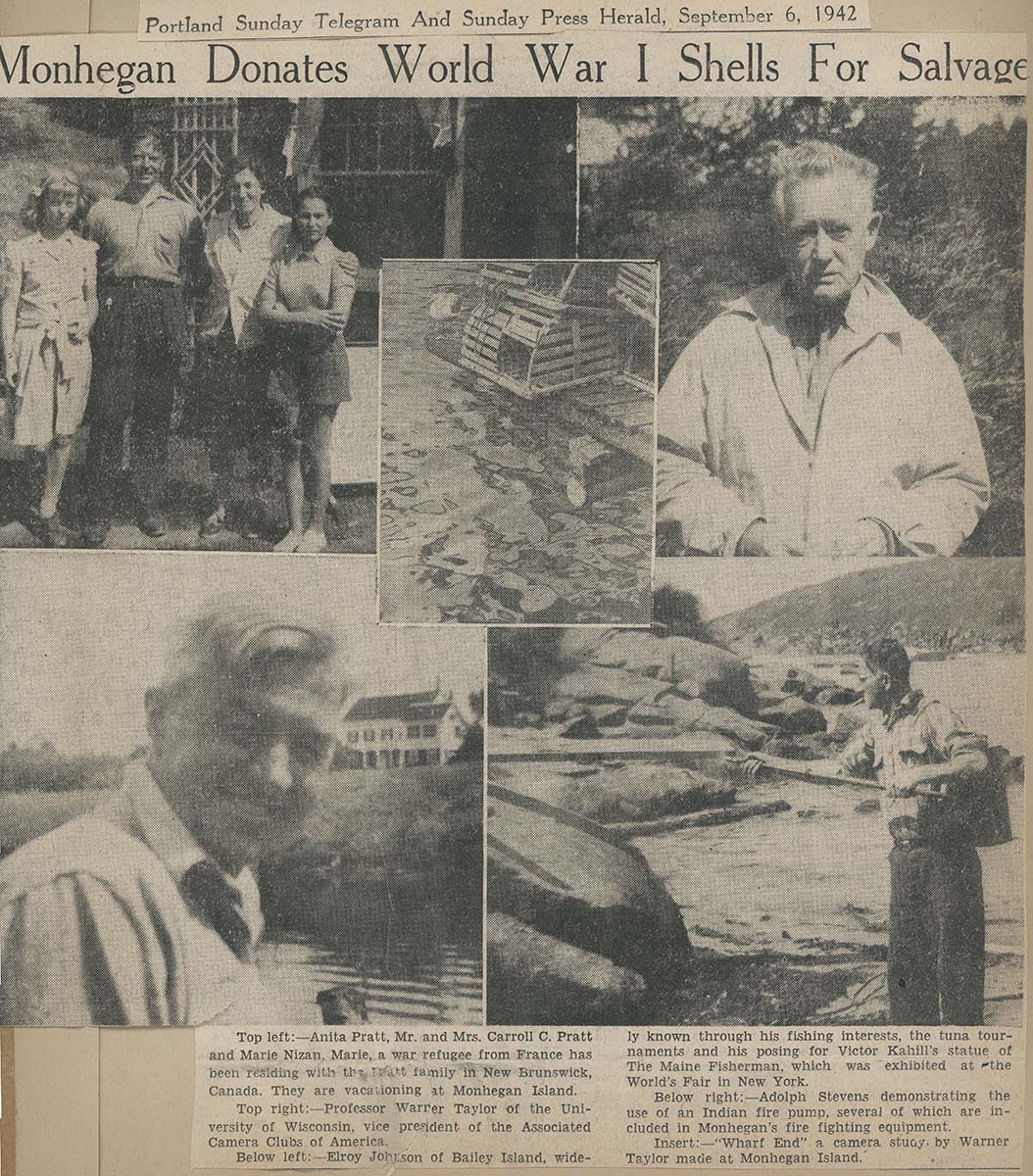 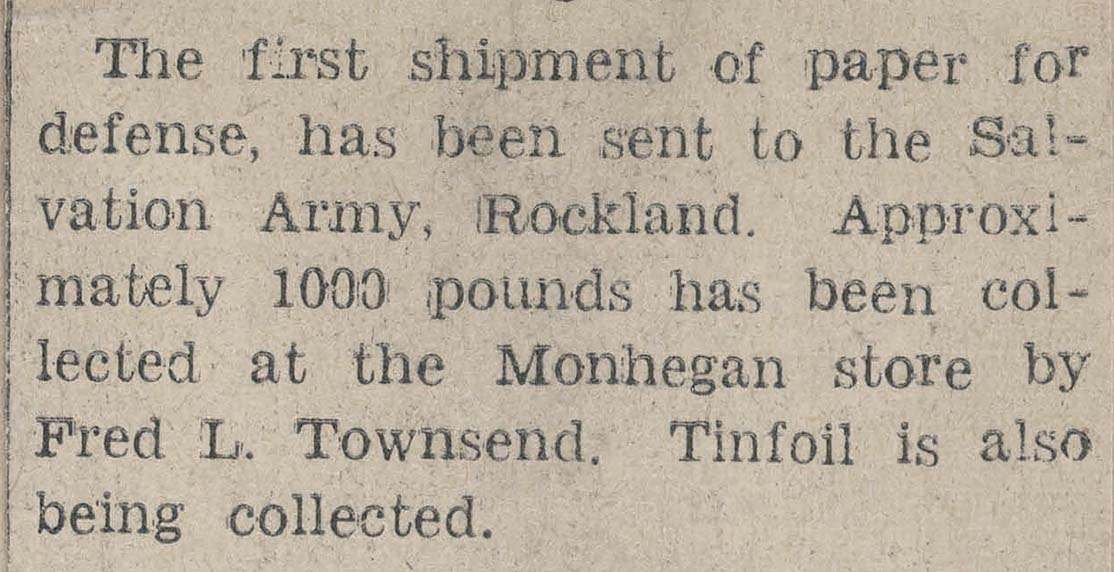 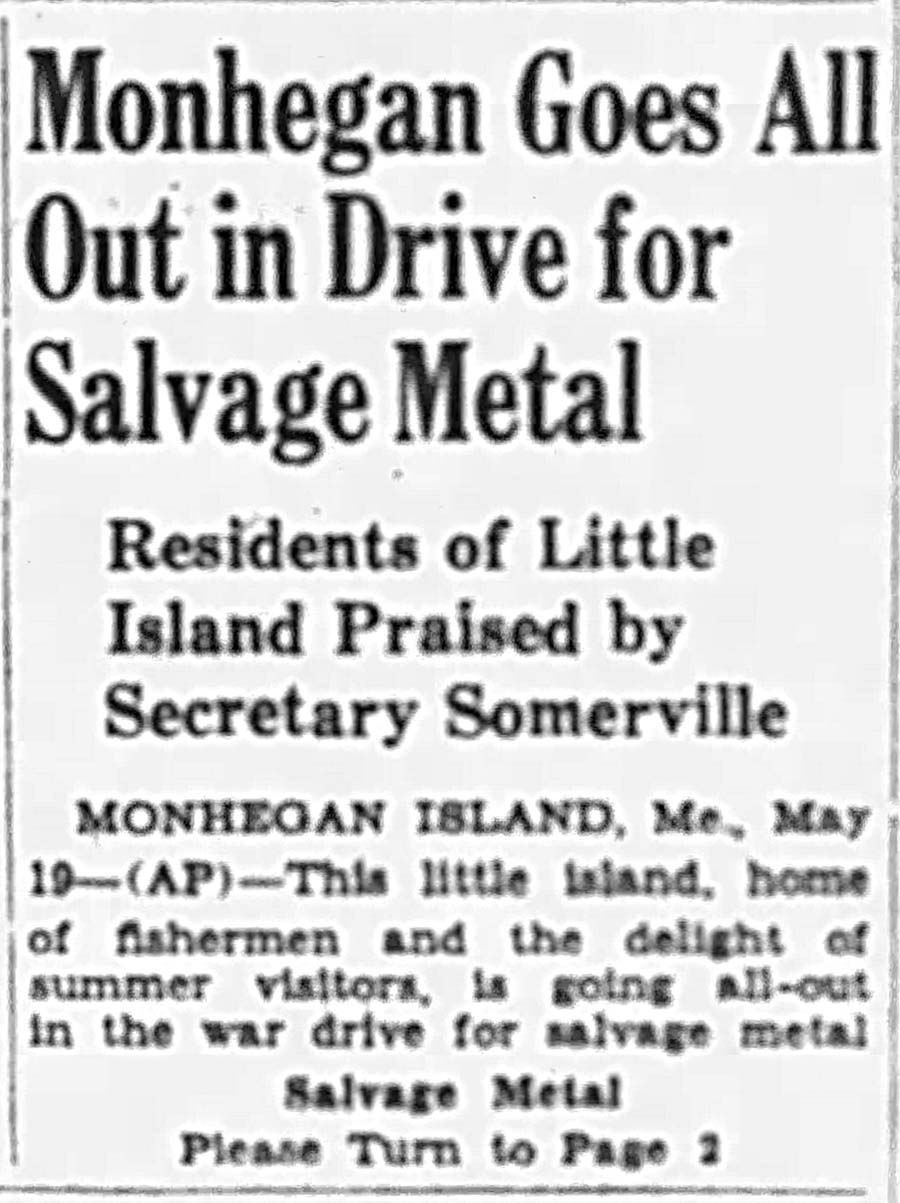 NEXT ... Rations and Victory Gardens