War is Over: The Boys Come Home

With the end of the war, the island population began to swell with young men returning from the front and summer residents able to return to their cottages.

The Odom brothers returned to the island with the intention of running the store long enough to pay off the debts accumulated while they were gone. They planned on then returning to the mainland and going their separate ways.

“Doug at that time was in Washington state being mustered out of the Navy; and was seriously considering settling in the Seattle area. He consented to returning to Monhegan, however, at Harry’s insistence “just to look over the situation”. The appeal of Monhegan as a home and the challenge of resuming running the Store, as well as Harry’s urgent desire to settle again on the island, convinced Doug that he and Harry should form a partnership and run the Store full time” Ashley, Alta. “The Monhegan Store”. January, 1984

“It is pretty quiet around here now as most of the summer people have left. However, it will be more lively here then it has been for the past few years as so many of the boys are going to be home. Dint is back and already bought a new boat. Young Earl and his family are here for the winter. They are going to live in Earl’s cottage, the one that belonged to Harold Osgood. Harry Odom is here and taken over the store. Doug is due here today but missed the boat. He will probably come tomorrow. I don’t know if he plans to stay all winter but imagine he will be here most of the time.” White, Rita. Letter to Doug White. October 23, 1945. 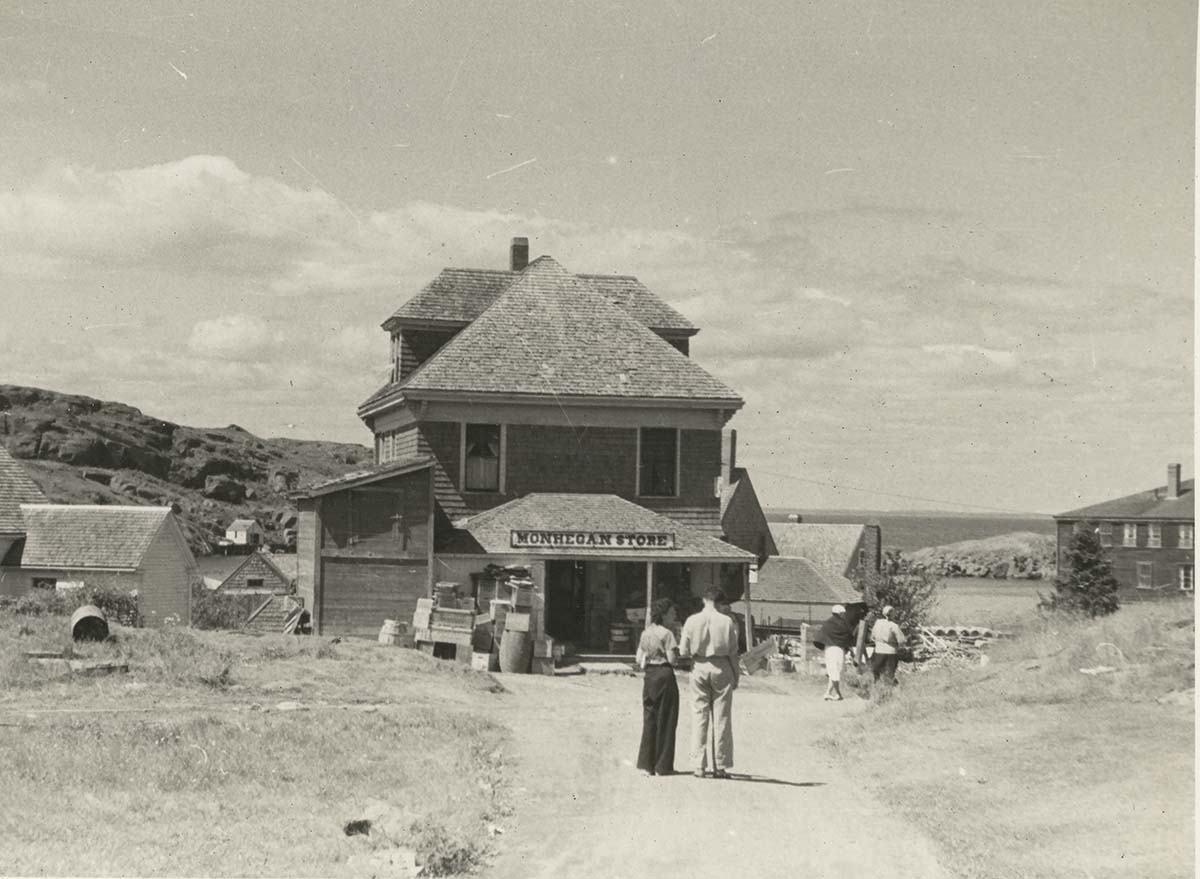 Bill Cameron discussed the men returning from war in this clip from a 2003 oral history with Tralice Bracy.

“Young Earl Field will ‘run the mail’ and Big Earl and Emma will go into Port Clyde for the winter while Earl takes over Mr. Hooper’s business. Harry and Doug Odom are both here for the winter-wonderful to see them-They are fine boys-Tommy Orne is in Calif-on way home-Vernon Burton is expected home too-also Alfred Stanley” Winter, Mary. Letter to Warner Taylor. Nov 27, 1945.

NEXT ... Changes Come To Monhegan