War is Over: End of War

“From 1941-1945 the war was an ever-present concern for all the families everywhere who sent husbands, fathers, brothers, sons and daughters to serve in the war. But for young people summering on Monhegan, the realities were hard to comprehend. However, on August 14, 1945, when we heard on the radio that Japan had surrendered unconditionally to the Allies, effectively ending World War II, we were as jubilant as anyone anywhere. First we listened to the radio broadcast. Then we jumped into the backs of trucks and rode around the island cheering delightedly. Peace at last!” (From Ruth Faller oral history)

Although many of the regular summer residents were unable to make it to the island during the war, Ralph and Bess Dunbar were able to visit. The Dunbar’s owned the WikWak, an old fish house they had converted to a summer cottage. They kept a guestbook for many years. 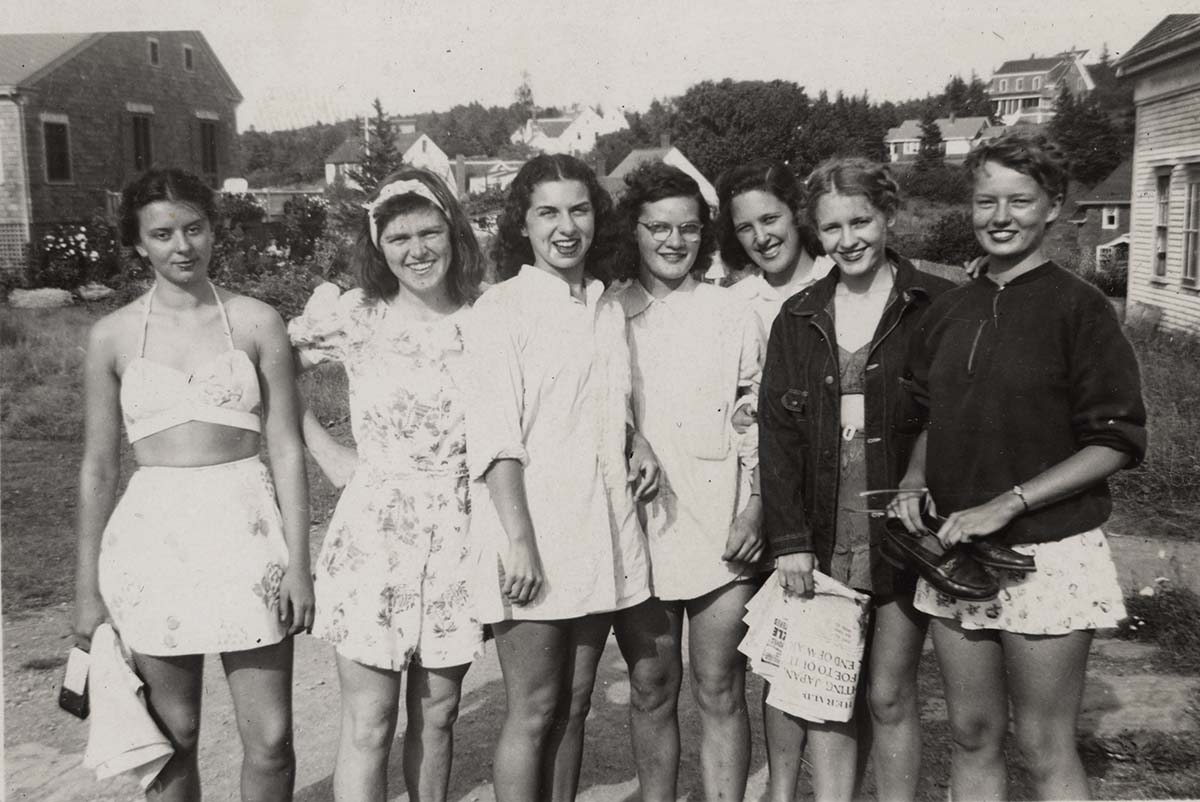 Anne Hoffman Ault worked at the Island Inn during the summer of 1945. In this excerpt from a 2020 oral history she recalled the day the war ended.

Ruth Grant Faller worked at the Island Inn from 1944-1950. In this oral history excerpt from a 2000 interview with Tralice Bracy she described how the Island Inn staff responded to the news that the war was over.

“Food was scarce. Difficult to locate and rather monotonously repetitive but the war is Over and we look for the better in all ways.” Sep 15,1945