Vernon Burton traced his ancestry to both the Starlings and the Trefethrens, two of the founding families of the Monhegan community. Vernon’s father, Oscar, was from Cushing and his mother, Mattie Wincapaw, was from Monhegan. Mattie died of diphtheria when Vernon was 4 years old.

In the early 1940’s, Vernon was living with his father and step-mother, working as a truckman. Vernon enlisted as a private in the US Army on July 14, 1942 in Portland, Maine. Vernon served initially in Wisconsin, eventually being sent to Europe and after D-Day, was part of the Normandy invasion. Vernon was released from service February 19, 1946.

Vernon returned to the island to live year round. He served as an Assessor for Monhegan Plantation, ran the water company for many years, had his own carpentry/caretaking business, and lobstered aboard his boat, f/v Winifred. Vernon met his wife, Winnie (Winifred V. Thomas), in 1946 and married her the same year. In 1959, the Burton’s purchased the Moses Starling house, at the top of Horn Hill behind the Island Inn.

Lucia Miller remembered Vernon saying “we gazed with awe at handsome Vernon Burton and Basil Day and various other dashing young truck drivers as they played Black Jack or Twenty One.” 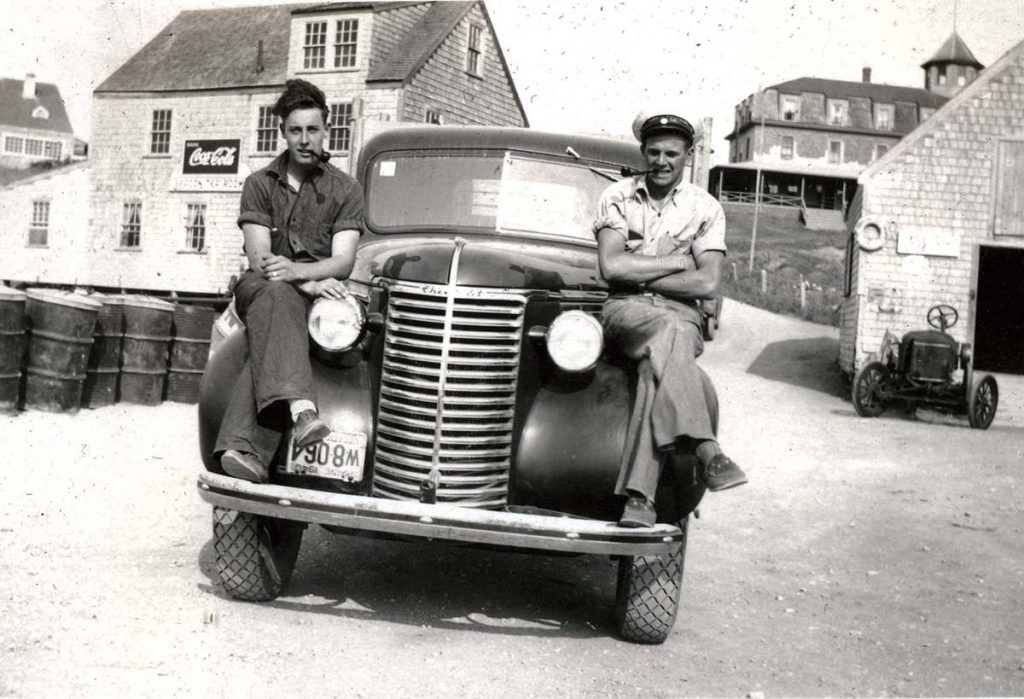 Mickey and Vernon with their truck on wharf circa 1941 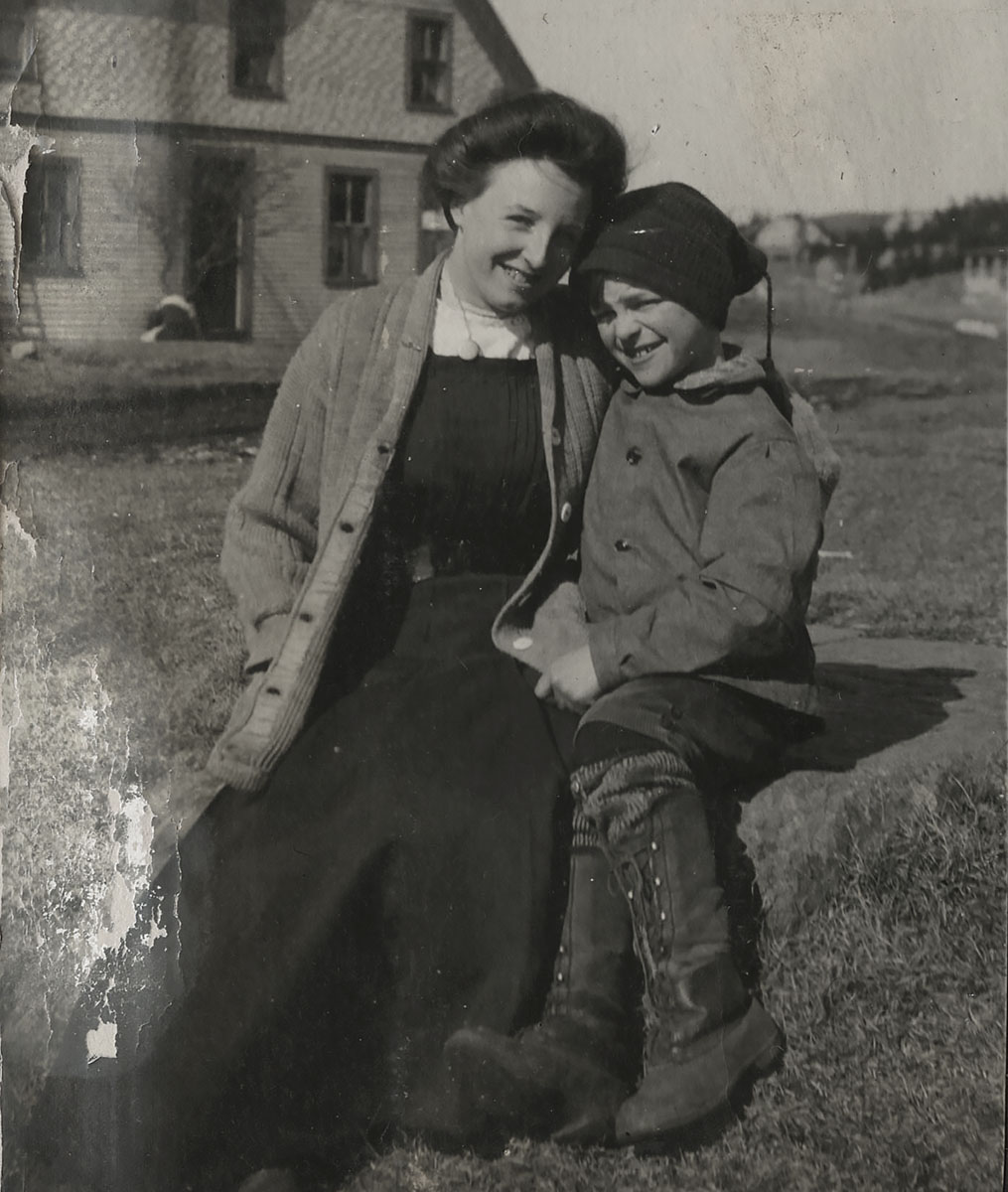 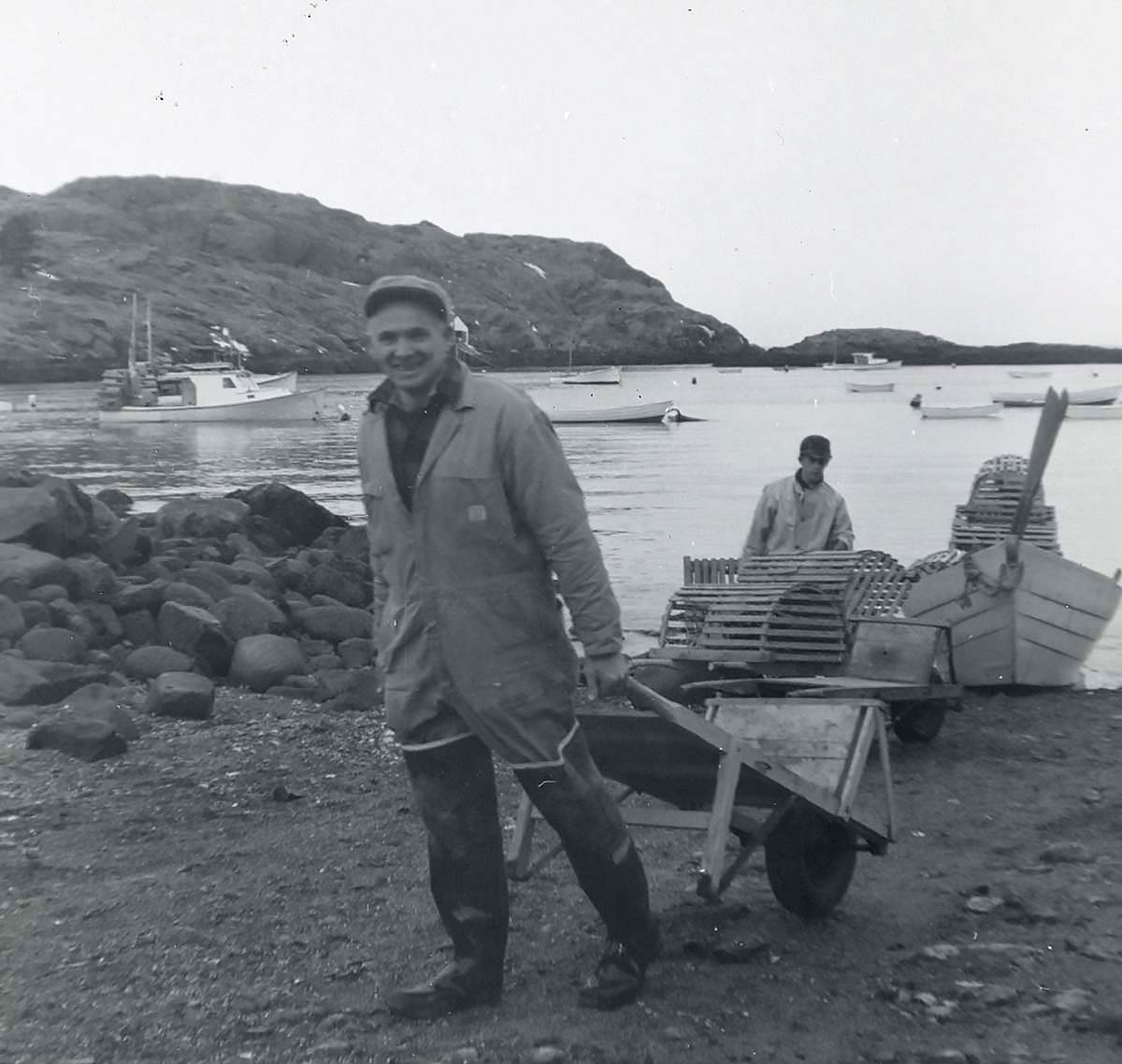 Vernon on Fish Beach circa 1970 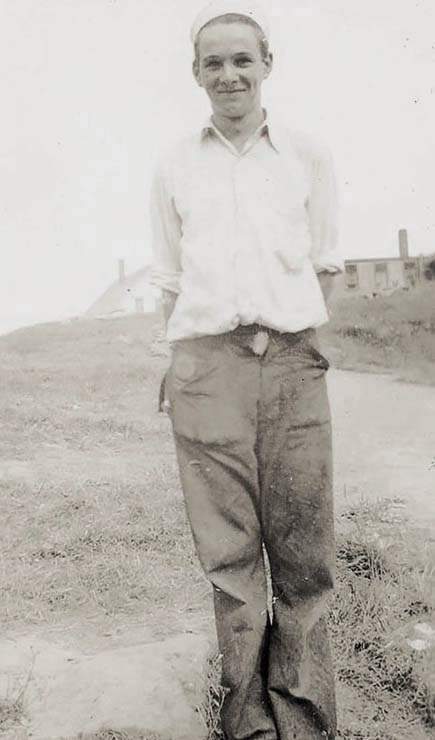 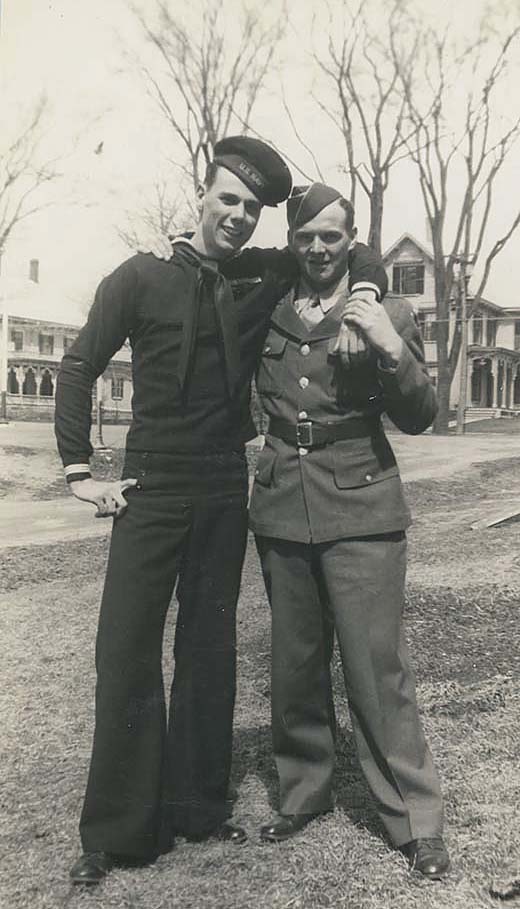 Alfred Stanley and Vernon Burton in their service uniforms 1943