Richard “Dick” Nunan was the son of Lester and Angeline (Tribler) Nunan. The Nunan family had a fleet of seine vessels that fished the waters around Monhegan. Although Dick would have fished on the family vessels, he chose to forgo fishing for a military career. Dick attended the University of Maine, graduating with a BA in 1941.He attended the Harvard Communications School, which was established in 1942 to train officers of the Naval Reserves for special assignments.

In 1944, Dick married Ruth Scherner, whom he met while they both worked at the Island Inn. Dick remained in the Naval Reserves after the war ended. He rose from rank of ensign in 1942 to Lieutenant in 1945, Lieutenant Commander in 1952, and finally Captain in 1961. “Richard T. Nunan, U.S.N.R. has been recalled and is on duty at the U.S. Naval Supply Depot, Newport, R.I. Since the end of World War II, Richard has operated a summer hotel on Monhegan Island. He is married and has one son, Robert. His wife and son will join him in Newport.” Maine Alumnus, Volume 33, Number 2 November, 1951.

After the death of Dick’s mother Angeline they managed the Inn until 1956, when they sold their share to Dick’s sister, Isabel. The couple moved to Cape Porpoise, Maine. 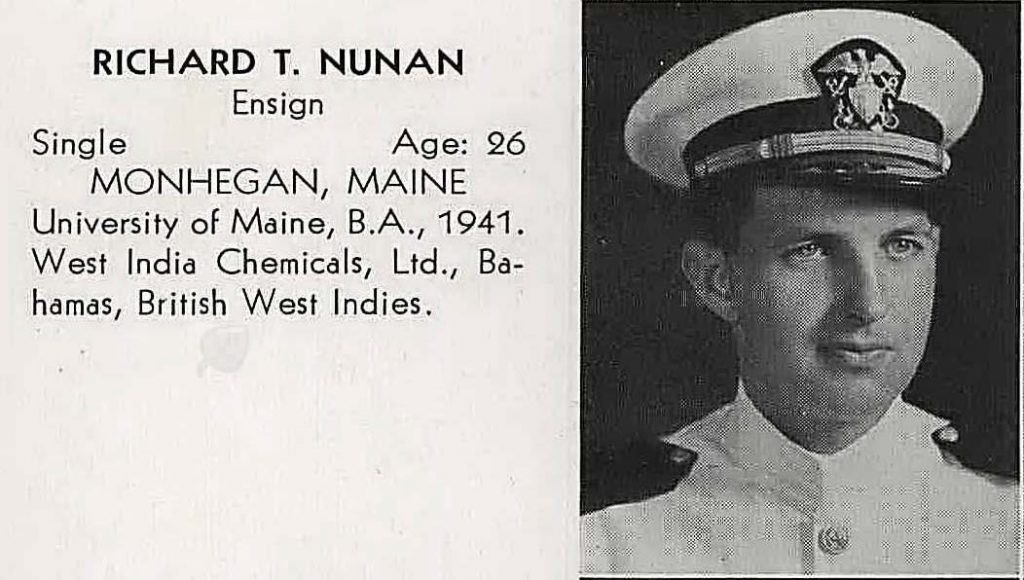 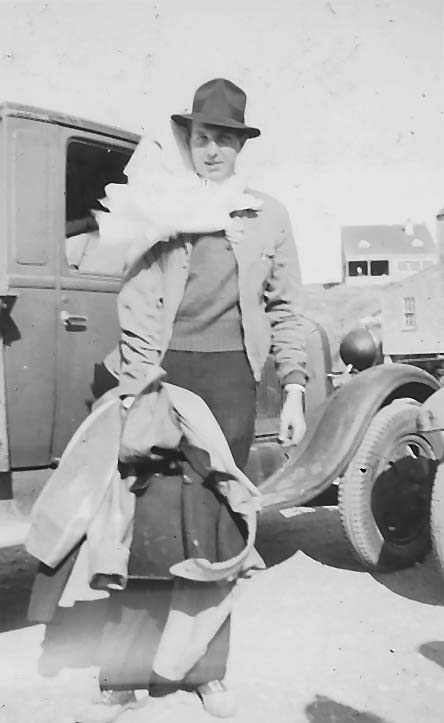 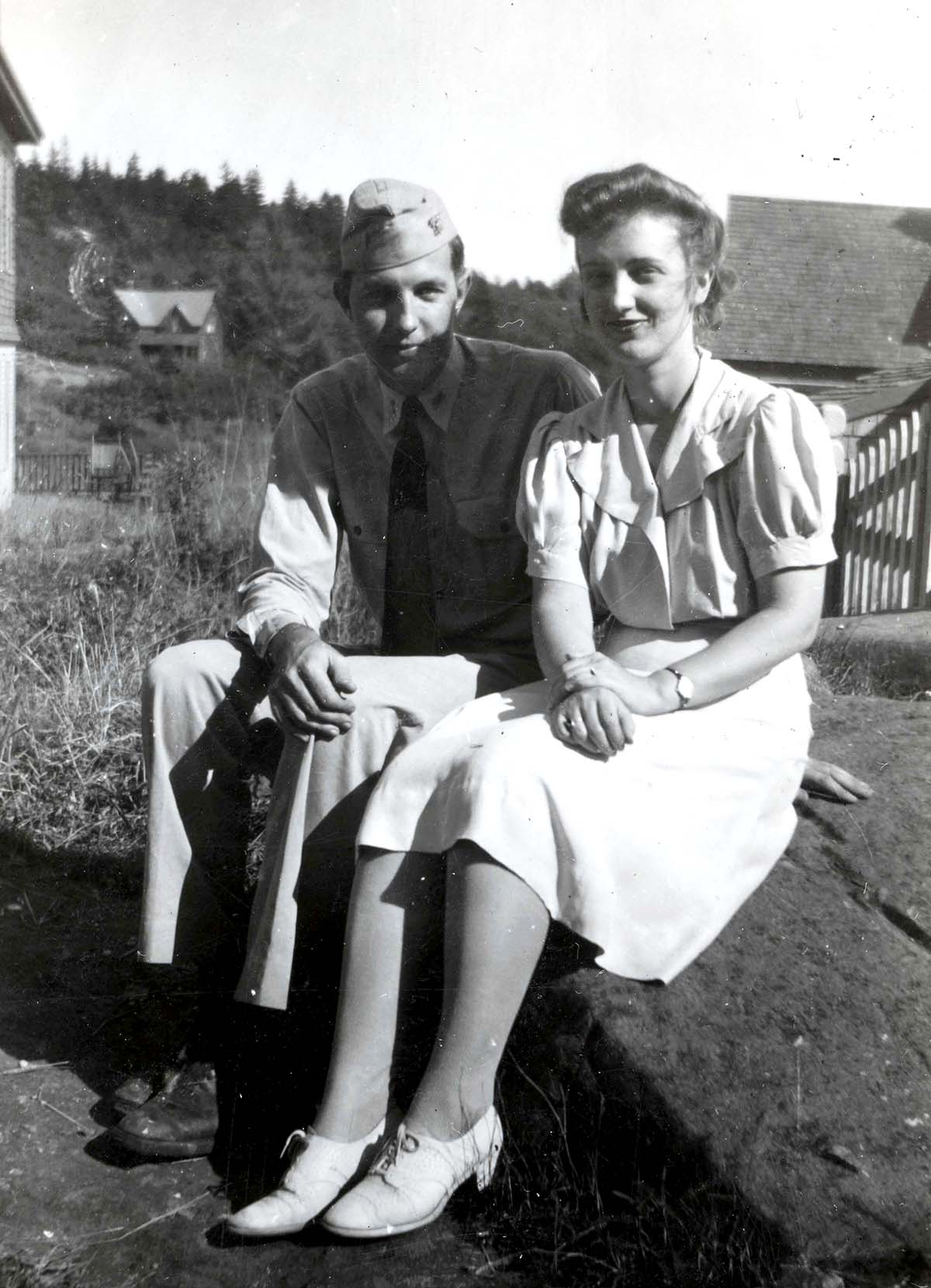 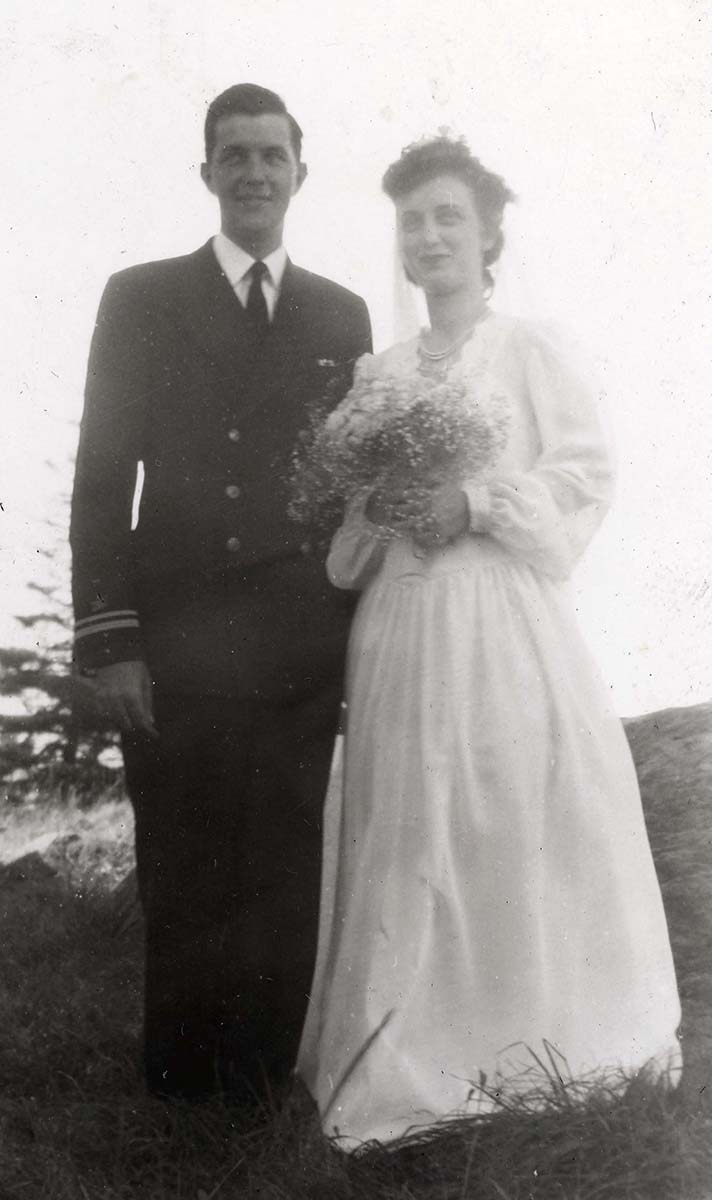