William “Billy” Orne was the fourth child of Maynard and Myra Orne and the third Orne son to serve during World War II. Billy enlisted in May, 1944, a PFC US Marine Corp. He served in Company D, Second Battalion, 29th Marines, 6th Marine Division, In The Field and was released from duty in May, 1946 with an Honorable Discharge.

He returned from the war with bride, Christine Upham, whom he had met on the island. Christine was working at the Island Inn. They bought the Linwood Davis house behind the meadow. Billy lobstered until his early death at age 33. Christine and their two sons left the island after Billy’s death.

“William, the fourth child, picked up with the trucking business where Tom left off. The story is told of an incident when on the Island as young men, Bill was working on something underneath a truck when it fell on him pinning him down and Tom in sheer fright and love for his brother, literally lifted the vehicle off him. The next day he went to try to repeat the act and it was impossible. Bill, too, spent his early years on the Island at various jobs until he enlisted in the Marines. His service time proved to be severe in that he came home with shrapnel wounds causing severe headaches with very difficult health problems. I remember when he arrived back on the Island in the summer of ‘45 with his new bride, Christine Upham of Union, Me and they bought Linnie Davis’ house over by the meadow, had two children, and that’s where they lived until Bill died, a young man of 33 years.” Faller, Ruth Grant. THE ORNES OF MONHEGAN Add an “H”and you have Horn. 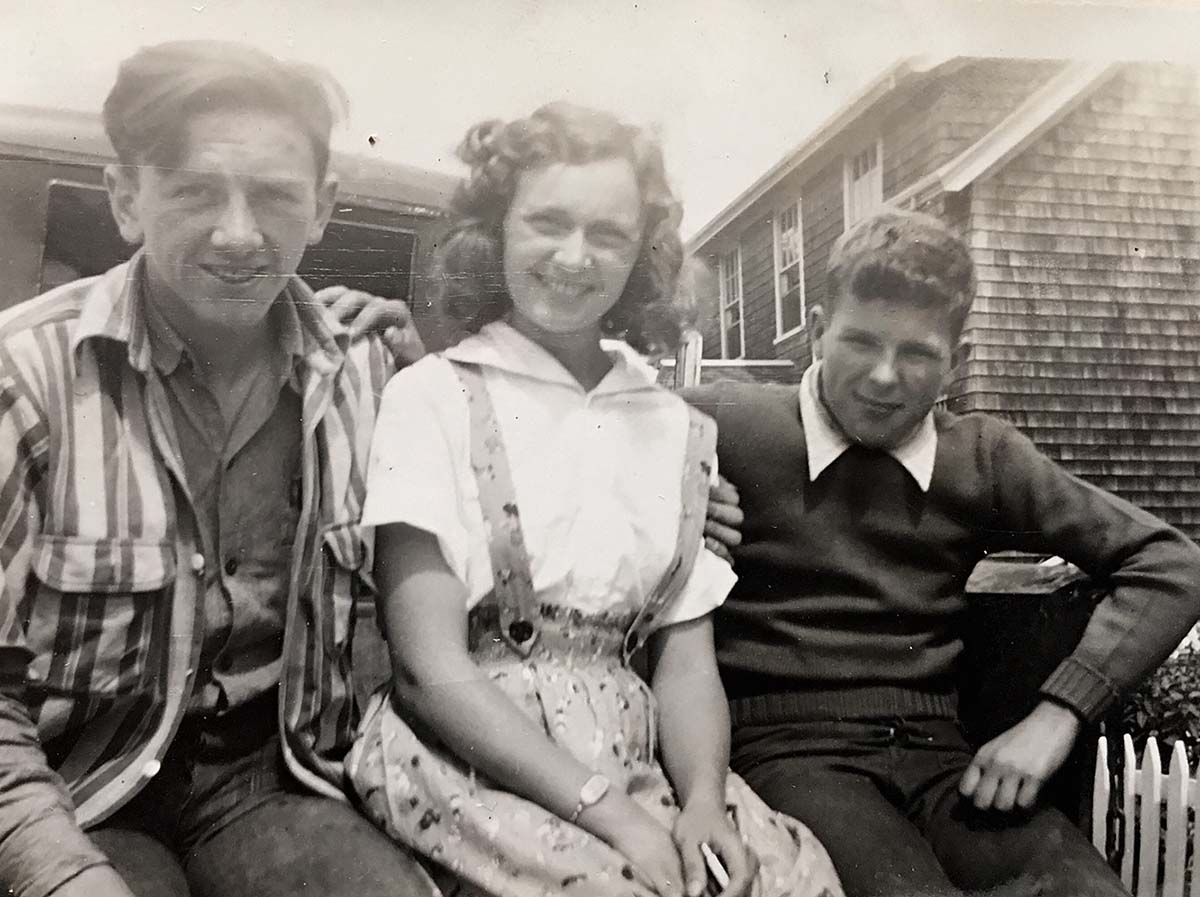 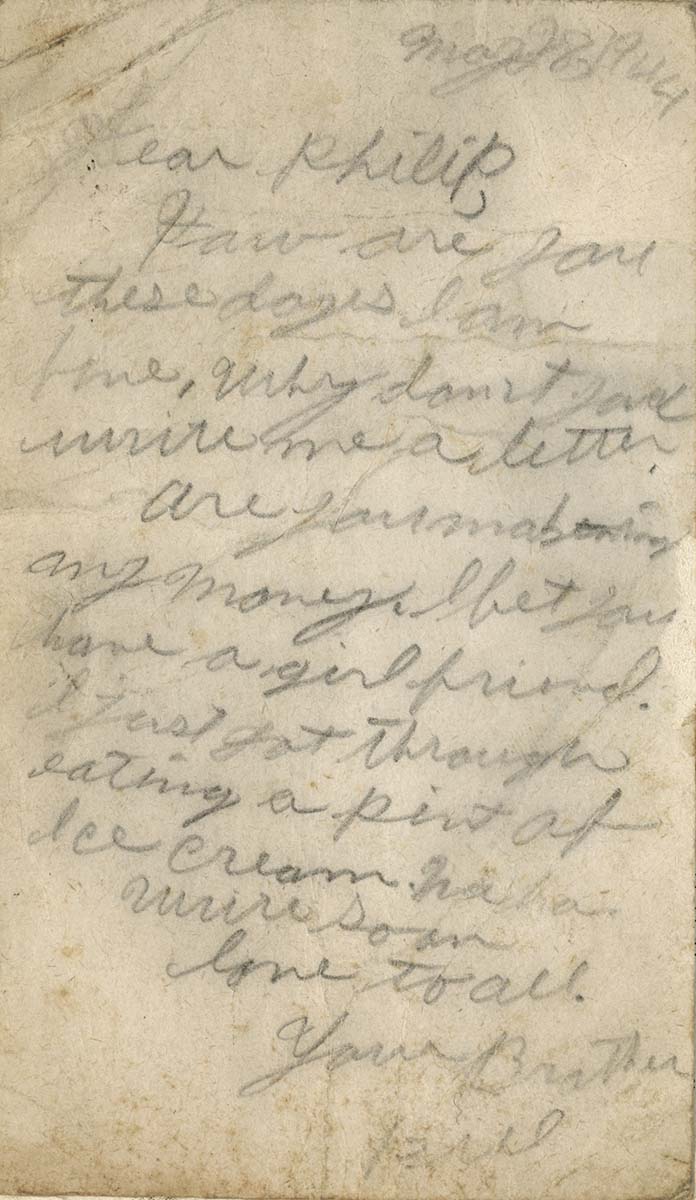 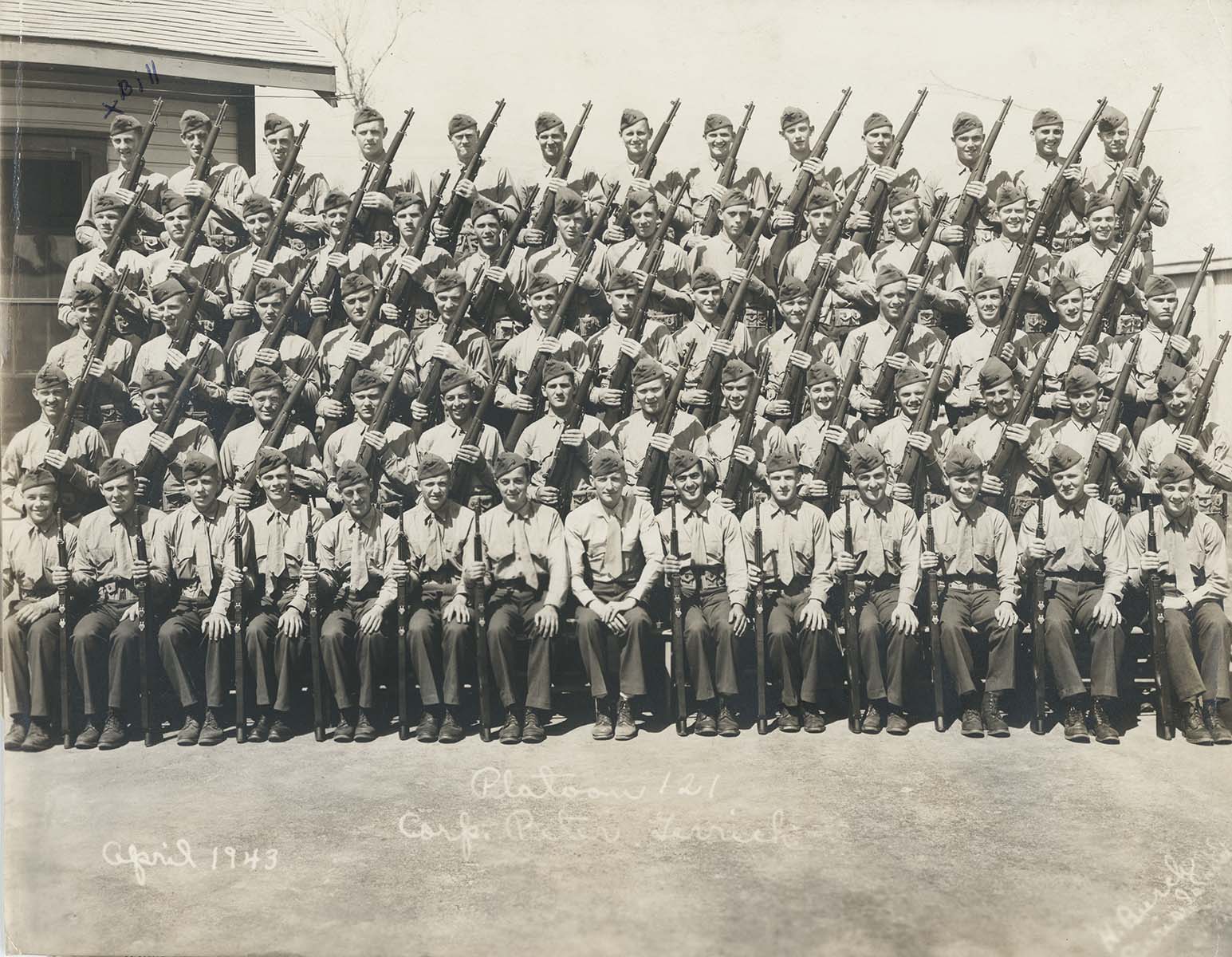 Bill Orne with his platoon, April 1943.
Bill is in the back row on the far left.